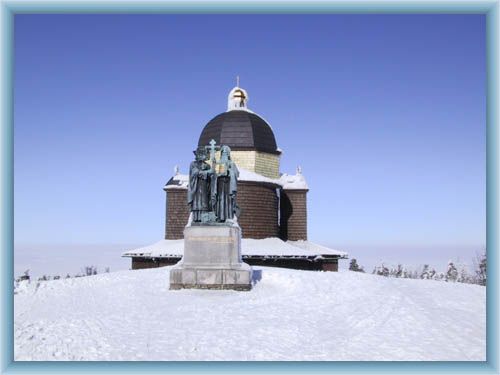 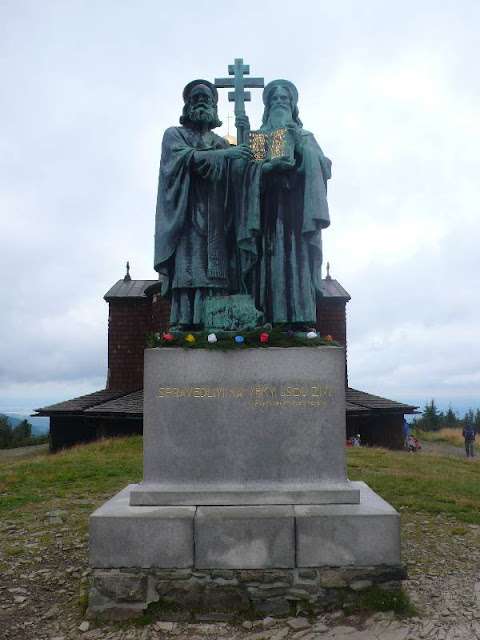 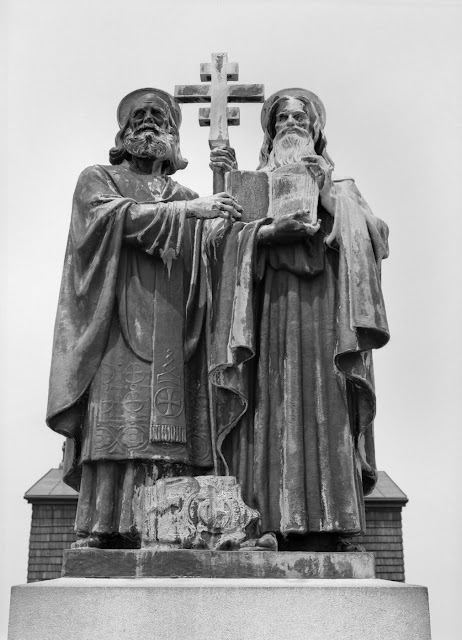 On the summit of the Radhošť in the Czech Republic there are a chapel (built 1898) and a sculpture of Saints Cyril and Methodius
The sculpture was by Albin Polasek (February 14, 1879 - May 19, 1965), the Czech-American sculptor and educator
In 1910 he became an American citizen.
The statue of Saints Cyril and Methodius was completed in 1929-31
On 30 September 1880 Pope Leo XIII issued an Encyclical Grande Munus on the Saints
In 1927 Pope Pius XI in his Apostolic Letter Quod Sanctum Cyrillum, described the two Brothers: "Sons of the East, with a Byzantine homeland, of Greek origin, for the Roman missions to reap Slav apostolic fruit" (AAS 19 [1927] 93-96).
Blessed Pope John Paul II in his Apostolic Letter Egregiae Virtutis, declared them Co-Patrons of Europe, together with St Benedict (31 December 1980; L'Osservatore Romano English edition, 19 January 1981, p. 3).
On 17th June 2009 Benedict XVI spoke at General Audience on the two saints
Of the two co-Patrons of Europe, Pope Benedict XVI said:

"While Cyril, the "Philosopher", was more inclined to contemplation, Methodius on the other hand had a leaning for the active life. Thanks to this he was able to lay the foundations of the successive affirmation of what we might call the "Cyrillian-Methodian idea": it accompanied the Slav peoples in the different periods of their history, encouraging their cultural, national and religious development."