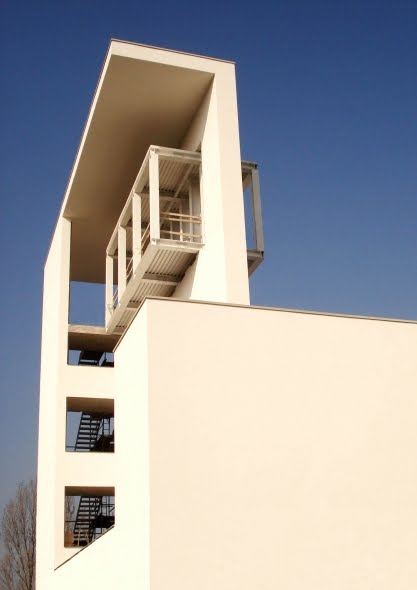 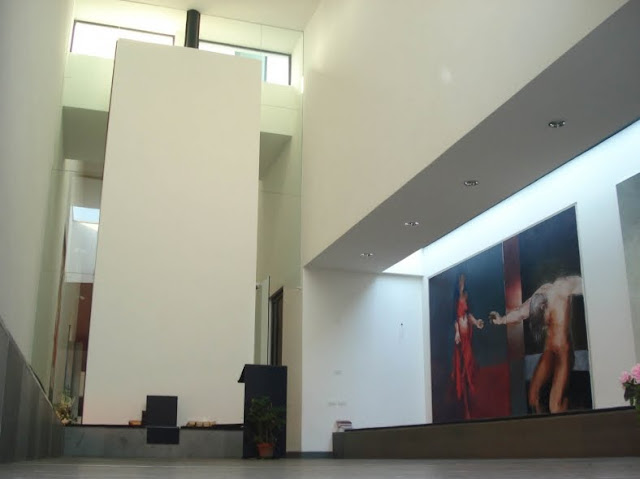 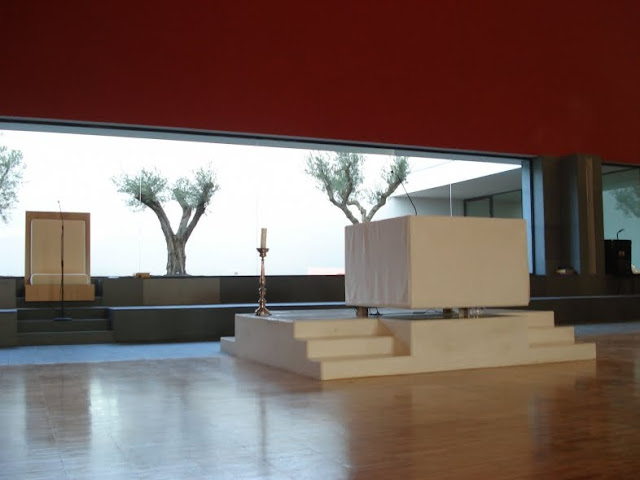 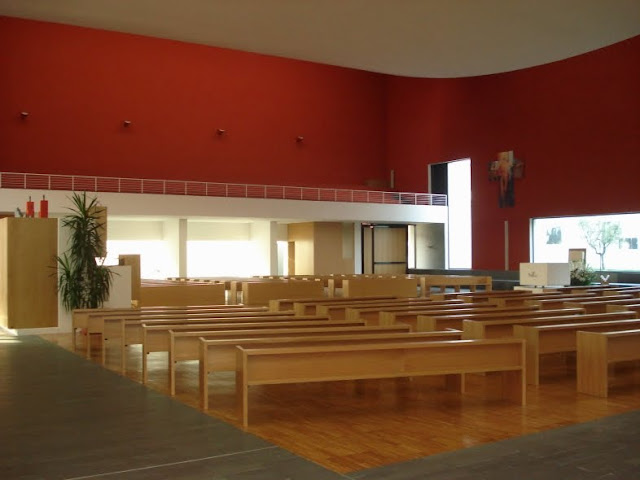 Sandro Magister reports on the continuing debate about the architecture of modern Italian churches.
Recently the debate has flared up again through the pages of L'Osservatore Romano
Cardinal Gianfranco Ravasi, president of the pontifical council for culture and Paolo Portoghesi have openly criticised some new sacred buildings in Italy
A number of buildings in particular have caught the eyes of the critics - in contrast to the praise heaped on them by episcopal conferences and modern Italian architects.
As pointed out by Cardinal Ravasi, Msgr Timothy Verdon and Maria Antonietta Crippa, professor of architecture at the Policlinico di Milano the new structures while o high aesthetic quality are utterly unsuited to be "a true church, a place in which the faithful may be helped to feel like living stones of a temple of which Christ is the cornerstone."
One example stands out: The church of Jesus the Redeemer in Modena, designed by Mauro Galantino.
Other examples include: the church built by Renzo Piano in San Giovanni Rotondo, over the tomb of Padre Pio, and the one built by Richard Meier in the Roman neighborhood of Tor Tre Teste.
But let`s look at The Church of Jesus the Redeemer in Modena. That is where the argument centres.
The traditionalists are on strong ground with this example. Frankly the building as a church is unattractive and uninviting. You either like modern Italian minimalism or you don`t. I`m afraid that I do not. I`ve spent enough time in modern Italian minimalist style hotels.
One cannot really imagine taking a quick trip in to say a quick prayer. It is hard to differentiate this building from say a conference centre, a civic building holding local government offices, a community meeting place. Where is the mystery ? Where is the idea of a journey made by the pilgrim to the church as he approaches Christ the Light ? Christ is the Church. The building "Church" is meant to be Christ. Where are Christ, Mary and the Saints ? Without a congregation, is it merely a very nice attractive modern building ?
Of this Portoghesi

"acknowledges its aesthetic virtues, its harmony of form, its conceptual cleanness. He also acknowledges the architect's intention to "give more dynamism to the liturgical event."
But then he asks: "Where are the sacred signs that make a church recognizable?" On the outside – he observes – there are none, except for the bells, "which, however, could also be found in a city hall." While on the inside, "the iconological role is assigned to a 'garden of olives' set up in a little enclosure behind the altar, and to the 'waters of the Jordan' reduced to a little trough of standing water hemmed in between two walls and ending at the baptistry."
But the worst, in Portoghesi's view, appears during the celebration of the Mass:
"The community of the faithful is divided into two sections facing each other, and in the middle a big empty space with the altar and the ambo at opposite ends. The two sections facing each other and the wandering of the celebrants between the two ends threaten not only the traditional unity of the praying community, but also what was the great achievement of Vatican Council II, the image of the assembly as the people of God on its journey.
Why look at each other? Why not look together toward the fundamental places of the liturgy and the image of Christ? Why are the places of the liturgy, the altar and the ambo, on opposite ends instead of being together? Trapped in the pews, divided into sectors like the cohorts of an army, the faithful are forced, while remaining immobile, to turn their heads to the right, then to the left.
The figure of the Crucifix is placed on the side of the altar, in correspondence with the section on the left, with the inevitable result that many of the faithful cannot see it without craning their necks."