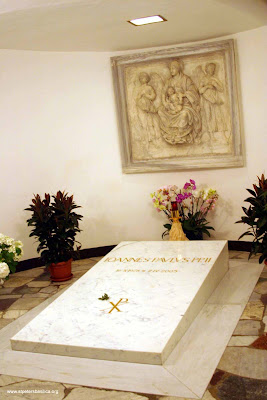 The Vatican has announced that after the Beatification Mass for Blessed Pope John Paul II on 1st May 2011, his remains will be exposed for veneration before the Altar of the Confession and will "continue until the flow of faithful is exhausted."

But according to Vatican Radio, the late Pope`s body will be in a closed coffin
Posted by Unknown at 3:58 pm