Between 1626 and 1628 Francisco de Herrera the Elder painted the four scenes of a narrative cycle on the Life of St Bonaventure for the Franciscan college San Buenaventura in Seville
Zurbarán was commissioned to complete the cycle, and executed four canvases illustrating the end of the saint's life. The cycle was dismantled and is in various collections See below 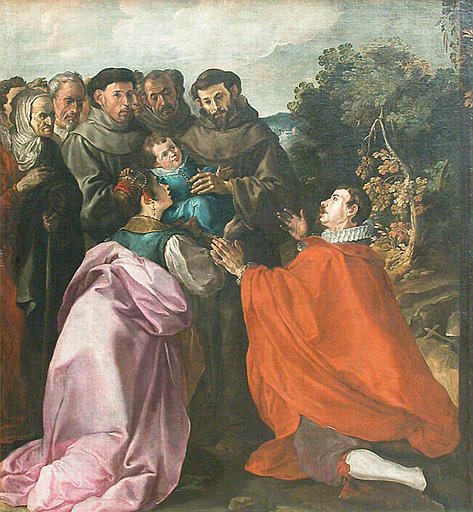 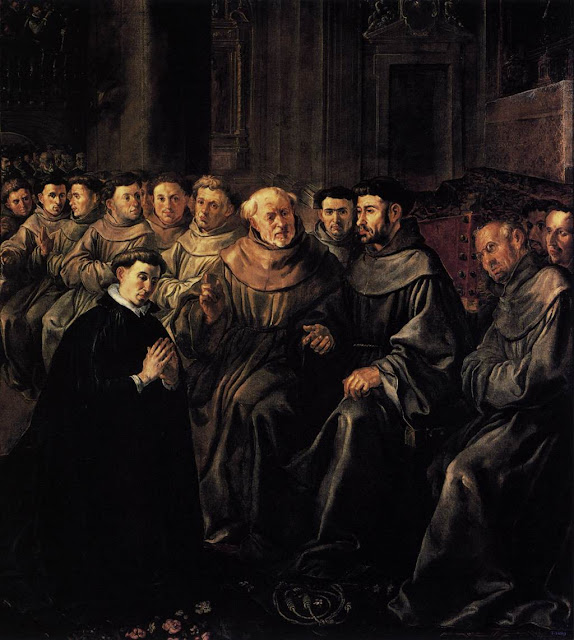 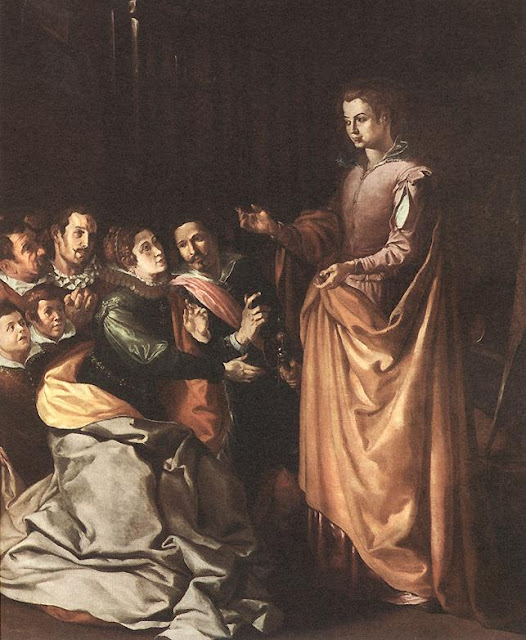 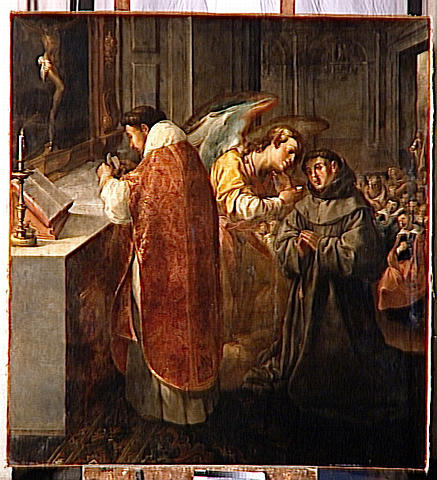 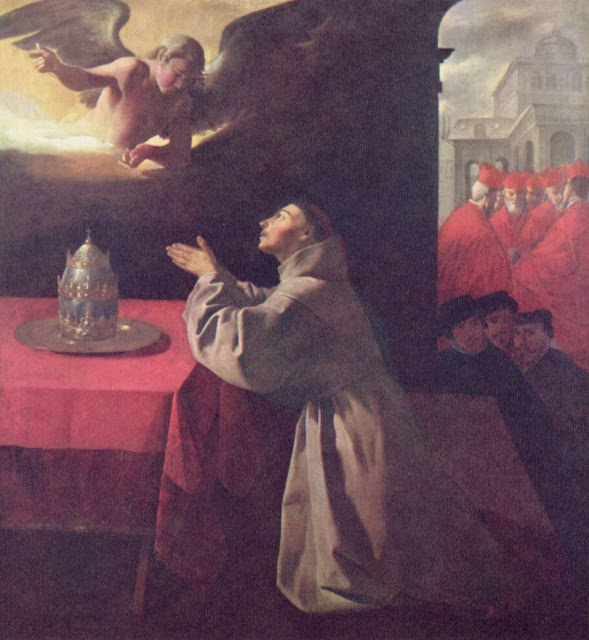 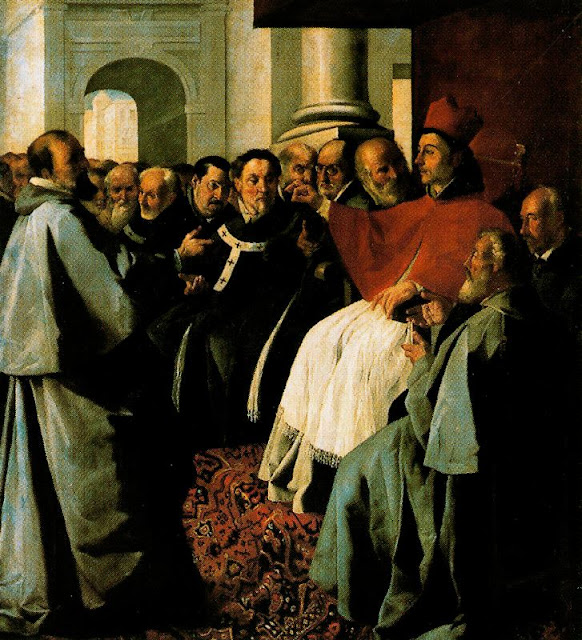 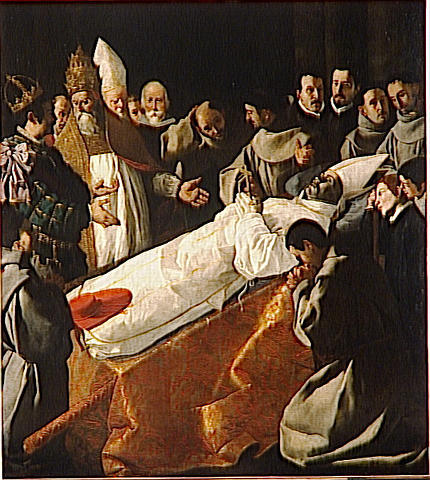 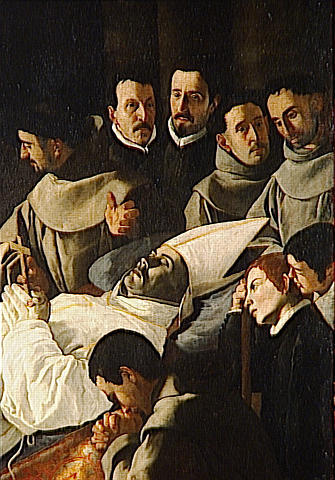 Born John of Fidanza, Saint Bonaventure ( 1221 – 15 July 1274), was an Italian medieval scholastic theologian and philosopher, and the eighth Minister General of the Order of Friars Minor. He was a Cardinal Bishop of Albano. He was canonized on 14 April 1482 by Pope Sixtus IV and declared a Doctor of the Church in the year 1588 by Pope Sixtus V. He is known as the "Seraphic Doctor" ( "Doctor Seraphicus")
Pope Benedict XVI as a young man wrote his thesis on the saint`s works. He described the works of St Bonaventure as being of "no small influence in my formation"
On 3rd March 2010 at the General Audience, the Pope continued his series of addresses on medieval theologians with a talk on Saint Bonaventure.
It is fully reported in Zenit