Saint Bonaventure and the Stigmata of St Francis 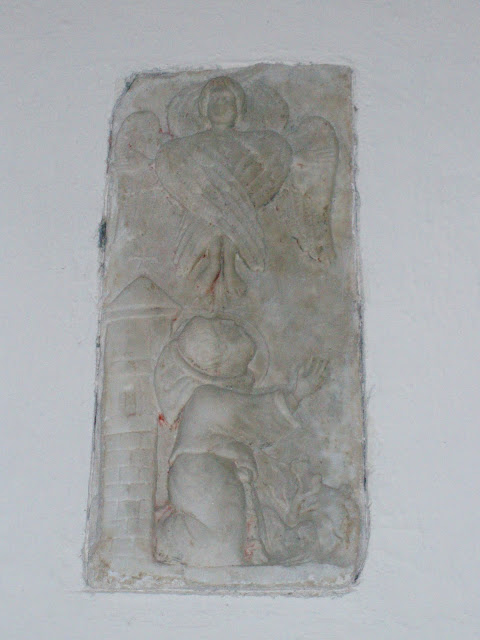 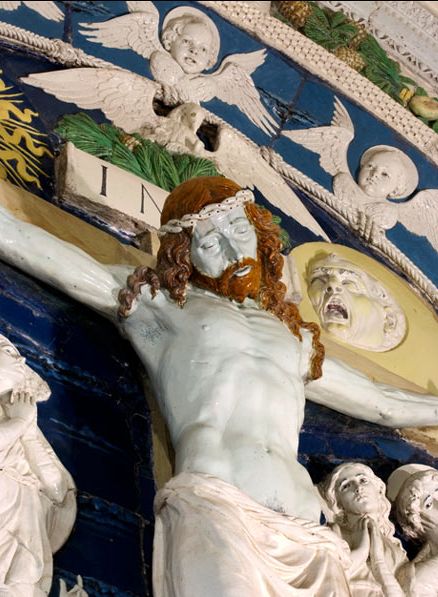 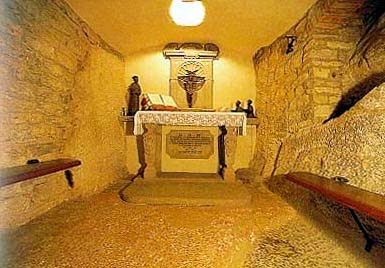 The Chapel of St Bonaventure at La Verna Sanctuary 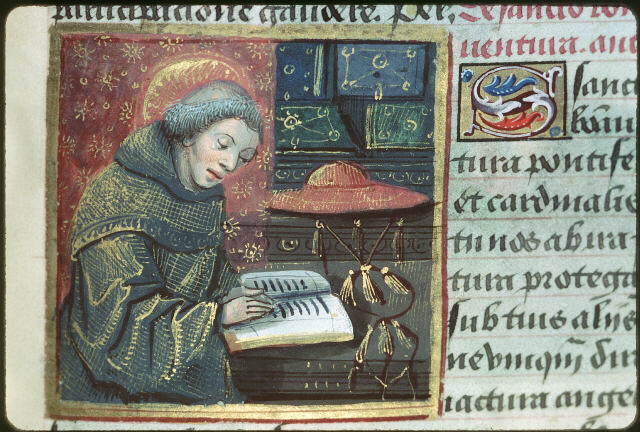 Jean Hey (style de) ; Jean Pichore (style de) ; Maître de la Chronique scandaleuse (style du)
Saint Bonaventure
Miniature
Heures à l'usage de Rome (c. 1510)
Tours - BM - ms. 2104 f. 172
Two men climbed Mount La Verna in Italy: St Francis of Assisi in 1224 and about thirty years later St Bonaventure.
Seraphim appeared to St Francis bearing a vision of the crucified Christ and he received the wounds produced by the nails and lance, the stigmata.
What the Seraphic Francis lived, the mind of the Seraphic Doctor Bonaventure sought to understand so "as much as possible (to) be restored, naked of knowledge, to union with the very One who is above all created essence and knowledge."
Both men had the same ideal: to rise from the contemplation of God`s symbols in creatures to the vision of uncreated goodness itself.
In 1259 St Bonaventure had a cell made at the sanctuary near the spot where St Francis experienced the stigmata. It is now the Chapel of St Bonaventure see above.
In 1260 a church was consecrated at La Verna in presence of St. Bonaventure and several bishops. A few years later the Chapel of the Stigmata was erected, paid for by Count Simone of Battifole, near the spot where the miracle took place. The Chiesa Maggiore was begun in 1348, although not finished until 1459
The Holy Father in his talk about St Bonaventure on 10th March 2010 made the following comments about the stigmata of St Francis and St Bonaventure:

"Of these his writings, which are the soul of his government and show the way to follow either as an individual or a community, I would like to mention only one, his masterwork, the "Itinerarium mentis in Deum," which is a "manual" of mystical contemplation.
This book was conceived in a place of profound spirituality: the hill of La Verna, where St. Francis had received the stigmata. In the introduction, the author illustrates the circumstances that gave origin to his writing:
"While I meditated on the possibility of the soul ascending to God, presented to me, among others, was that wondrous event that occurred in that place to Blessed Francis, namely, the vision of the winged seraphim in the form of a crucifix. And meditating on this, immediately I realized that such a vision offered me the contemplative ecstasy of Father Francis himself and at the same time the way that leads to it" (Journey of the Mind in God, Prologue, 2, in Opere di San Bonaventura. Opuscoli Teologici / 1, Rome, 1993, p. 499).
The six wings of the seraphim thus became the symbol of six stages that lead man progressively to the knowledge of God through observation of the world and of creatures and through the exploration of the soul itself with its faculties, up to the satisfying union with the Trinity through Christ, in imitation of St. Francis of Assisi.
The last words of St. Bonaventure's "Itinerarium," which respond to the question of how one can reach this mystical communion with God, would make one descend to the depth of the heart:
"If you now yearn to know how that happens (mystical communion with God), ask grace, not doctrine; desire, not the intellect; the groaning of prayer, not the study of the letter; the spouse, not the teacher; God, not man; darkness not clarity; not light but the fire that inflames everything and transport to God with strong unctions and ardent affections. ... We enter therefore into darkness, we silence worries, the passions and illusions; we pass with Christ Crucified from this world to the Father, so that, after having seen him, we say with Philip: that is enough for me" (Ibid., VII, 6).
Dear friends, let us take up the invitation addressed to us by St. Bonaventure, the Seraphic Doctor, and let us enter the school of the divine Teacher: We listen to his Word of life and truth, which resounds in the depth of our soul. Let us purify our thoughts and actions, so that he can dwell in us, and we can hear his divine voice, which draws us toward true happiness"

Gerard Manley Hopkins' poem "The Wreck of the Deutschland" (1875) dwelt upon the fate of five German Franciscan nuns fleeing anti-Catholic laws in Germany and who drowned together as their ship sank in a storm off Harwich, the sisters holding hands as their leader called out, "O Christ, come quickly!"
In his poem, Hopkins elided the nuns' fate with their founder's, "With the gnarls of the nails in thee, niche of the lance/his/ Lovescape crucified." In Hopkins' words, St Francis' stigmatic body became a landscape of Christ's love:

Five! the finding & sake
And cipher of suffering Christ.
Mark, the mark is of man's make
And the word of it Sacrificed.
But he scores it in scarlet himself on his own bespoken,
Before-time-taken, dearest prizèd & priced --
Stigma, signal, cinquefoil token
For lettering of the lamb's fleece, ruddying of the rose-flake.

Joy fall to thee, father Francis,
Drawn to the life that died;
With the gnarls of the nails in thee, niche of the lance, his
Lovescape crucified
And seal of his seraph-arrival! & these thy daughters
And five-livèd  leavèd favour pride,
Are sisterly sealed in wild waters,
To bathe in his fall-gold mercies, to breathe in his all-fire
glances

A more argumentative work about the role of St Bonaventure is set out in St. Francis as prophet in Celano and Bonaventure. (2002) The Michigan Academy of Science, Arts, and Letters