A Book of Hours 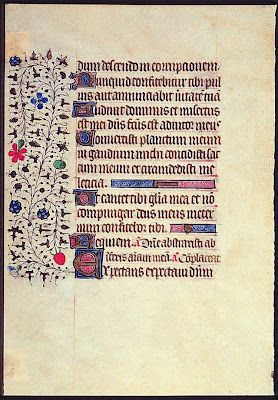 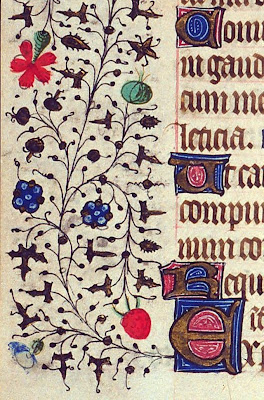 In the second half of the 15th century, the devout and wealthy laymen had a wide selection of Books of Hours from which to choose, both manuscript volumes and printed texts. These were often sold, in large cities, in book stalls erected directly in front of the main entrance to the cathedral.
Posted by Unknown at 6:36 pm