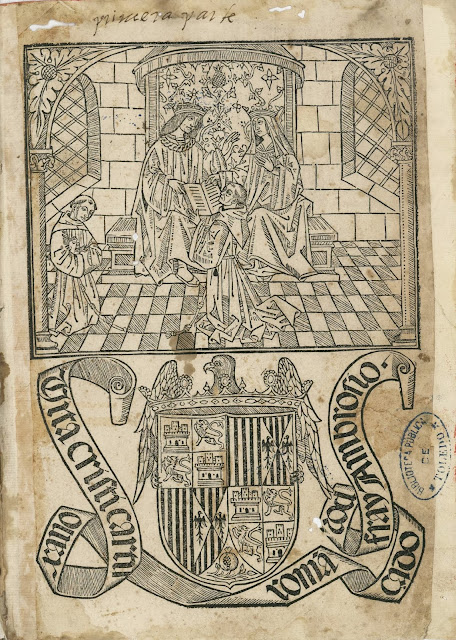 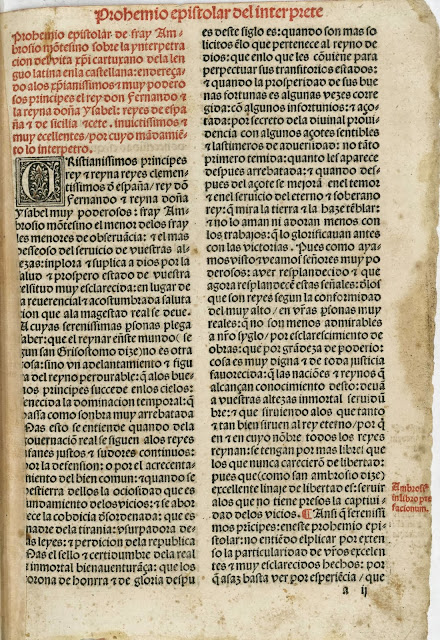 In 1499 Queen Isabella (Isabel la Católica) ordered the Franciscan friar and poet  Fray Ambrosio Montesino or Montesinos (1444? - January 29  1514 ) to translate into Castilian the work of the Carthusian

It took up to two years from 1499 to 1501 while the friar was at Cifuentes (Guadalajara)and his home town Huete,

A poet in his own right,  he was the villanciquero of Isabella the Catholic .

Eventually the work was published the work  in four volumes between 1502 and 1503. The printer was Stanislaus Polono

It was a Spanish work completely separate from the Latin and Italian traditions of the Spanish church. It is therefore an important work in the formation of a Spanish nationalism

The work was extremely popular.

Perhaps this is the explanation of why at one time St Ignatius gave serious consideration to joining the Carthusians
Posted by Unknown at 5:54 pm