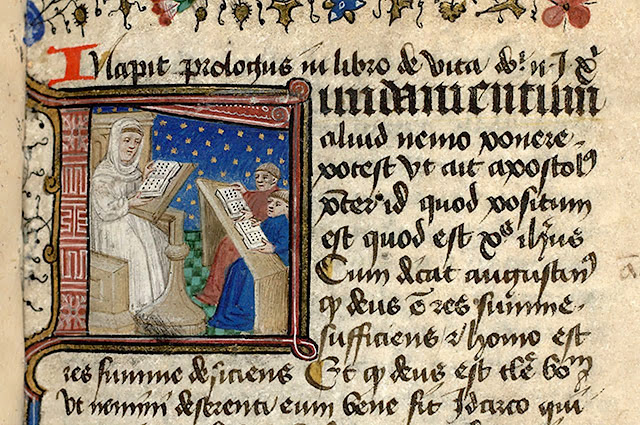 It is a meditation on the life of Jesus in the form of a detailed commentary on the gospels.

In his youth he joined the Dominican order. When he was about forty he joined the Carthusian order because he wanted a stricter life of silence and solitude

As a former preacher turned solitary, he intended that his work should be read not only by hermits, monks, and nuns, but also by friars, secular clergy, rulers, and ordinary lay people

It has never been translated into English in full

The meditations of the Hours of the Passion were translated by the Jesuit priest and convert , Father Henry James Coleridge in 1887. The prayers have been translated twice: first, by H Kyneston in 1908, and second, by Sister Mary Immaculate Bodenstedt in 1973

The influence of Ludolph`s book on two Doctors of the Church,  St Francis de Sales and St Teresa of Avila was profound. The article in The Catholic Encyclopedia by Ambrose Mougel in 1910 said that St. Teresa and St. Francis de Sales frequently quote from it