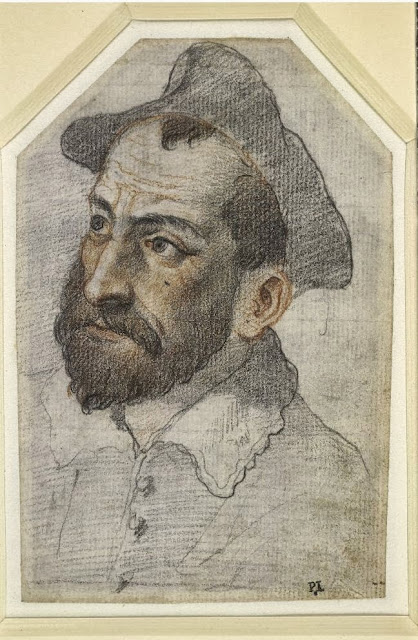 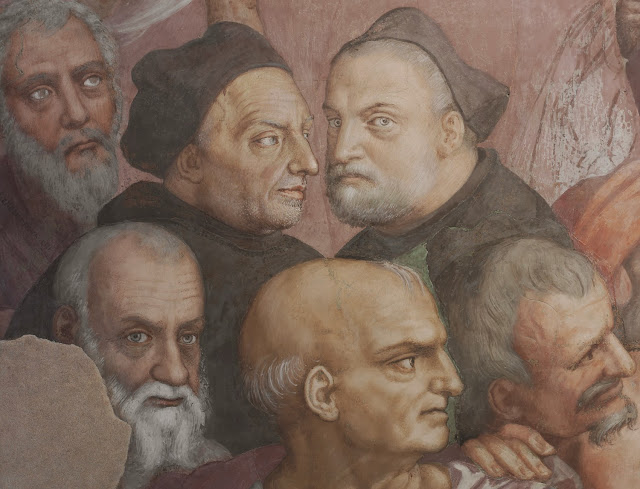 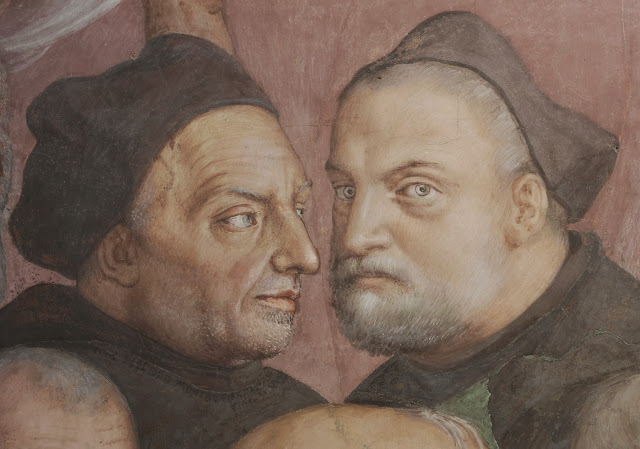 He was a friend and adviser of  Giorgio Vasari from the 1540s onward,

Borghini is best known in Florence as the spedalingo (Prior) of the Ospedale degli Innocenti (from 1552) (a charity institution that was responsible for the welfare of abandoned children) and the luogotenente of the Accademia del Disegno (from 1563).

As regards the Accademia, he helped frame the constitution

These included preparation of the decorations for the funeral of Michelangelo in 1564 and for the marriage the following year of Duke Cosimo I de’ Medici’s son, Francesco (later Francesco I de’ Medici, Grand Duke of Tuscany) to Joanna of Austria.

He was also an important artistic adviser to the Medici, furnishing the subjects for many decorative cycles and devising the programmes for numerous ephemeral  public festivals

Here we see the Duke Cosimo`s letter to him about the funeral of Michelangelo: 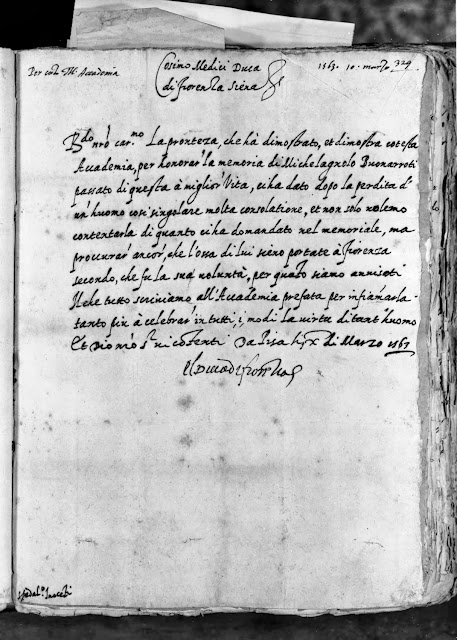 Letter of Duke Cosimo I to Borghini re Exequies due to Michelangelo
1564
Archives of the  Ospedale degli Innocenti, Florence


The obsequies honouring Michelangelo were lavish and  held at the church of San Lorenzo usually reserved for princes. Angelo Bronzino, Giorgio Vasari, Benvenuto Cellini and Bartolomeo Ammanati decorated the church and the catafalque.

The chapels were cloaked in black, dramatically highlighting the nave, and the catafalque was surmounted by a pyramidal obelisk which bore bas-relief sculptures of Michelangelo.

Other orations were delivered by  Giovan Maria Tarsia  and Lionardo Salviati

It was a civic and political canonisation

Bernardino Poccetti (Bernardo Barbatelli) 1548 - 1612 was another artist who had close connections with Borghini. At 22 he was admitted to the Compagnia di San Luca and later the Accademia del Disegno

Of his own works, they are mainly written but he could turn a hand: 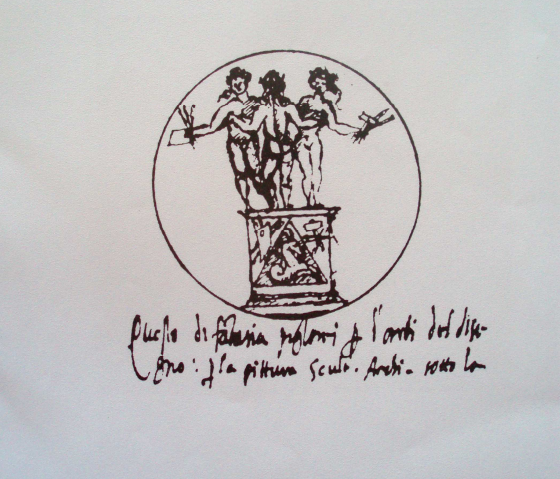 He is best known for his two volume Discorsi di M. Vincenzo Borghini printed at Florence 1584 and 1585 which discusses the origins of the city of Florence and the Florentines

He made his will in June 1574. A copy of the Last Will is in the Archives of Florence. A copy is also on  the excellent website on the Carnesecchi family from which the following extracts about his soul and burial are taken. He may have been political, wealthy and a Medici  Florentine through and through but always a humble Christian. 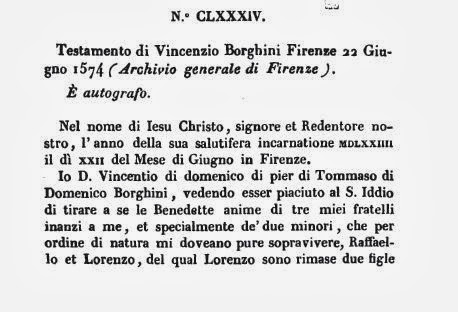 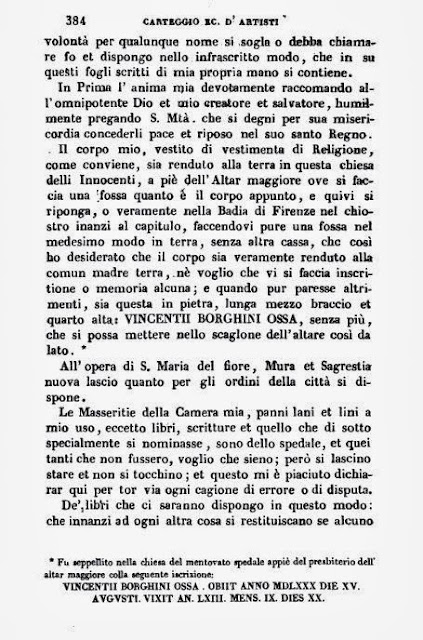