Memento Mori, or Do not Live on the Whites of Eggs 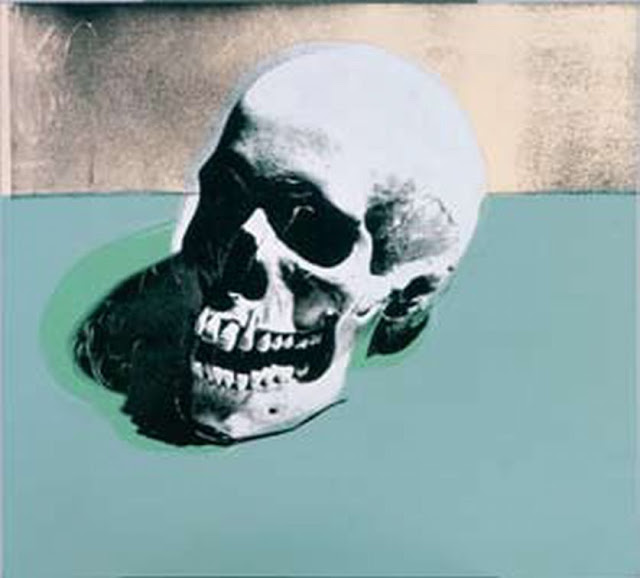 Father explained the Latin command: “Be mindful of death!” or more expansively“Don’t forget that you are going to die so repent, confess your sins, and live a virtuous life!”

Once on the pathway, it would appear that there is no turning back

It is a humorous novel, a subversive satire in the guise of an English detective novel

"Reading detective stories was one of the characteristic aspects of the British middle classes in the interwar years. Their emphasis on rationality, the inevitable triumph of justice and the existence of an unofficial super-detective tells us much about interwar Britain. So, too, do the stock characters and unstated prejudices in these works: country folk and domestic servants were almost always depicted as halfwits, butlers (who almost never ‘did it’) were always too fond of their master’s wine cellar; women were usually highly moral and often depicted in a two dimensional way"

Spark turns this all upside down

Set in 1950s England the novel concerns a large number of elderly characters who have been receiving phone calls from a disembodied voice telling them, “Remember you must die.”

The police are called in. They suspect the elderly complainants are hallucinating. For many the "victims"  live in a world in which the reality of death is not quite believable.

The police chief inspector called in to investigates fails to solve the mystery. No culprit is discovered and all including the police inspector die.

All the victims are in their 70s. All have lived through the First World War, the Second World War, the Korean War and now the horrendous threat underlying the Cold War

“Being over seventy,” one of them observes, “is like being engaged in a war. All our friends are going or gone and we survive amongst the dead and dying as on a battlefield.”

But we see snobbery, greed, blackmail and  even violence on the battlefield. We hear stories  of disappointed lives, and see how  the ravages of time can reduce crotchety adults to behaving like spiteful children

One of the real villains of the piece Miss Pettigrew receives one call inviting her to remember her death. She dismisses it and promptly forgets it. She continues on her merry way to Hell

The Sparkian disdain for this character is unforgettable:

Mabel Pettigrew thought: I can read him like a book. She had not read a book for over forty years, could never concentrate on reading, but this nevertheless was her thought

Some react in fear and change their Will for the umpteenth time Granny Valvona and Granny Barnacle residents in the Maud Long Ward in the State Hospital are among those of the cast of characters who punish those have slighted them by making and remaking their Wills. Even although they have absolutely nothing to leave

The great Rationalist, the detective, Henry Mortimer, a good man, sees the caller as Death itself. He merely sees this life as all we have and we must do good and not evil. Why is not explained.

He suggests that ""to remember one's death is, in short, a way of life"

'If I had my life over again I should form the habit of nightly composing myself to thoughts of death. I would practise, as it were, the remembrance of death. There is no other practice which so intensifies life. Death, when it approaches, ought not to take one by surprise. It should be part of the full expectancy of life. Without an ever-present sense of death life is insipid. You might as well live on the white of eggs.'

For him the human power of memory is central to being human:

‘Memory’ labels a diverse set of cognitive capacities by which we retain information and reconstruct past experiences, usually for present purposes. Memory is one of the most important ways by which our histories animate our current actions and experiences. Most notably, the human ability to conjure up long-gone but specific episodes of our lives is both familiar and puzzling, and is a key aspect of personal identity. Memory seems to be a source of knowledge. We remember experiences and events which are not happening now, so memory differs from perception. We remember events which really happened, so memory is unlike pure imagination. Yet, in practice, there can be close interactions between remembering, perceiving, and imagining..

Much of our moral and social life depends on the peculiar ways in which we are embedded in time.

At first we are invited and do share this view of Charmian and others. The great dread and disgrace is to be considered senile/

The two heroines of the novel are two women: Charmian and her former housekeeper and companion MissTaylor, both Catholics.

They are the ones who deal with the telephone calls best

Charmian gets a call to which she replies

“My memory is failing in certain respects. I am gone eighty-six. But somehow I do not forget my death, whenever that may be.”
“Delighted to hear it,” he said. Goodbye for now.”

Charmian practises in the context of her Christian faith a self-examination of her day. Her husband argues that is important for the preservation of memory. But Charmian will have none of it. It is
conducted as part of her belief in Judgment and Eternal Life. The self evaluation is founded on a desire to lead a better life.

Miss Taylor is now an invalid hospitalised in constant and chronic pain. She is the patient Job like figure who is  the moral centre of the book

When her visitor, Dame Lettie, complains about the telephone calls, Jean recommends that she should try to do what the caller says. "It is difficult for people of advanced years to start remembering they must die," she says. "It is best to form the habit while young." The unregenerate Lettie concludes Jean must be getting senile

Jean Taylor says, “In my belief, the author of the anonymous calls is Death himself, as you might say.”

Both Charmian and Miss Taylor have a belief that "The four last things to be ever remembered are  Death, Judgement, Hell and Heaven."

This quotation from The Catholic Cathecism is in the prologue of the novel and repeated at the conclusion. At the end after Spark provides a rollcall of the dead we are told thatJean Taylor “lingered for a time … meditating sometimes … upon Death, the first of the Four Last Things.”

The doctrines of the last things (Eschatology) remind us that  the fact is that death can come at any time and after that we shall have our Particular judgment, when our fate will be sealed for eternity.

Yet the great consolation  is that nothing is settled yet and that we have it completely within our power to opt for God, for Heaven and for happiness

But the centre of  eschatology is the Resurrection of Christ

"The subject of the Resurrection on which we reflected last week unfolds a new perspective, that of the expectation of the Lord's return. It thus brings us to ponder on the relationship among the present time, the time of the Church and of the Kingdom of Christ, and the future (éschaton) that lies in store for us, when Christ will consign the Kingdom to his Father (cf. 1 Cor 15: 24).

Every Christian discussion of the last things, called eschatology, always starts with the event of the Resurrection; in this event the last things have already begun and, in a certain sense, are already present....

The same thing and the same connection between parusia the return of the Judge/Saviour and our commitment in our lives appears in another context and with new aspects in the Letter to the Philippians.

Paul is in prison, awaiting a sentence that might be condemnation to death. In this situation he is reflecting on his future existence with the Lord, but he is also thinking of the community of the Philippians who need their father, Paul, and he writes:

"For me to live is Christ, and to die is gain. If I am to go on living in the flesh, that means productive toil for me and I do not know which to prefer. I am strongly attracted by both: I long to depart and be with Christ, for that is far better; yet it is more urgent that I remain alive for your sakes. This fills me with confidence that I will stay with you, and persevere with you all, for your joy and progress in the faith. My being with you once again should give you ample cause to glory in Christ" (1: 21-26).

Paul has no fear of death; indeed, on the contrary, death indicates being totally with Christ.

Yet Paul also shares in the sentiments of Christ who did not live for himself but for us.
Living for others becomes his life and plan thus demonstrates his perfect readiness to do God's will, to do whatever God decides. Above all he is prepared, in the future as well, to live on this earth for others, to live for Christ, to live for his living presence and thus for the renewal of the world.