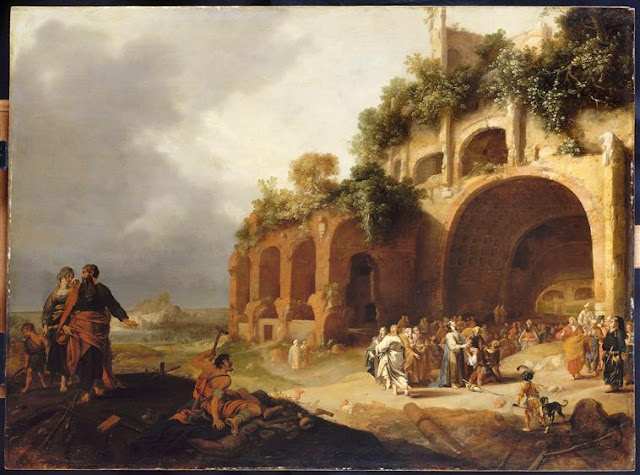 Not only is the man deaf but he has a speech impediment:

The Healing of a Deaf Man.

32 And people brought to him a deaf man who had a speech impediment and begged him to lay his hand on him.

33 He took him off by himself away from the crowd. He put his finger into the man’s ears and, spitting, touched his tongue;

35 And [immediately] the man’s ears were opened, his speech impediment was removed, and he spoke plainly.

37 They were exceedingly astonished and they said, “He has done all things well. He makes the deaf hear and [the] mute speak.”

The theme of the painting is an unusual one. It is the only example in the Bible of a deaf person where his deafness is the centre of the episode.

For modern readers, it is quite difficult to understand the magnitude of what Christ did in this event

If one was born deaf, then the ability to speak is impaired

In past times, the deaf and those unable to speak were harshly treated.

Some advocated that hearing was a requirement for understanding.

In the Code of Justinian, the deaf (from birth) could not hold property or marry.

A few days ago, 24th November 2012 was  the three hundredth anniversary of the birth of a French priest who helped to radically alter the status of people who were deaf or who had a speech impediment: Abbé Charles-Michel de l'Épée (November 24, 1712,  - December 23, 1789) 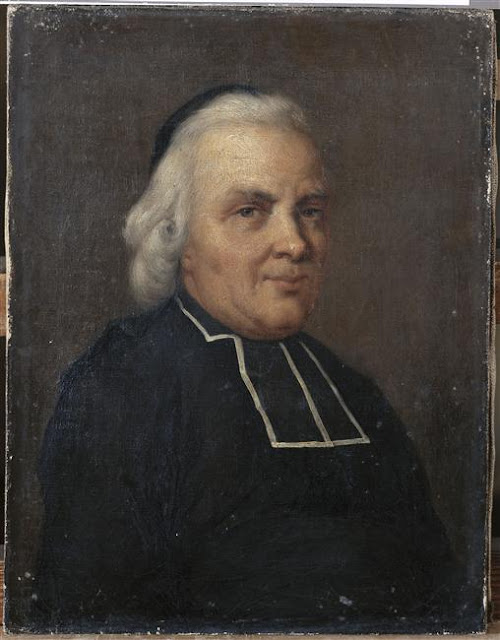 
Like many other priests and religious whose names are now revered today, he did not find it easy to pursue his religious vocation. He was refused ordination and after eventually being ordained, was restricted heavily in his priestly ministry

His particular problem was deemed to be Jansenism

As a result he devoted himself to the education of the deaf and those with speech impediments and founded a school for their instruction at his own expense. It was the first free public school of its type in the world, open to all

It has to be said that this did not go well with the hierarchy and Church establishment of his time.

It was his great fervour for religious education which led him into this field. The deaf and the speech impaired were marginalised.

He was convinced that deaf people were capable of language and  that they should be able to receive the sacraments and thus avoid going to hell.