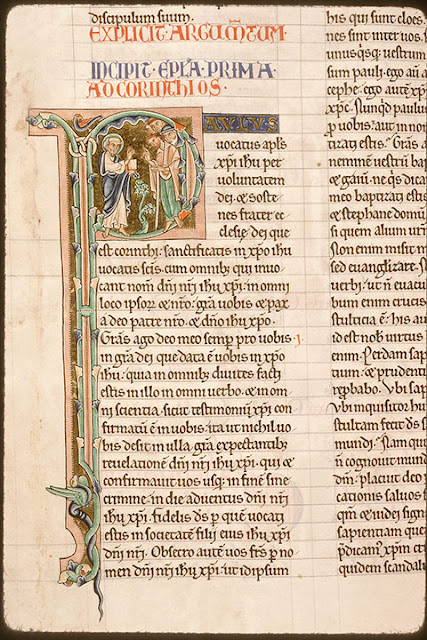 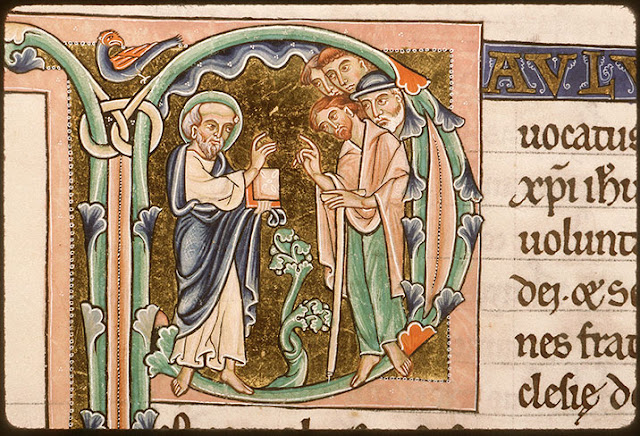 Attributed to Manerius
St Paul addressing the Corinthians
Initial `P` at the beginning of Chapter 1 of St Paul`s First Letter to the Corinthians
From the Bible of Manerius
About 1185-1195
Ms. 0010 f. 256v
Manuscript
Bibl. Sainte-Geneviève -Paris 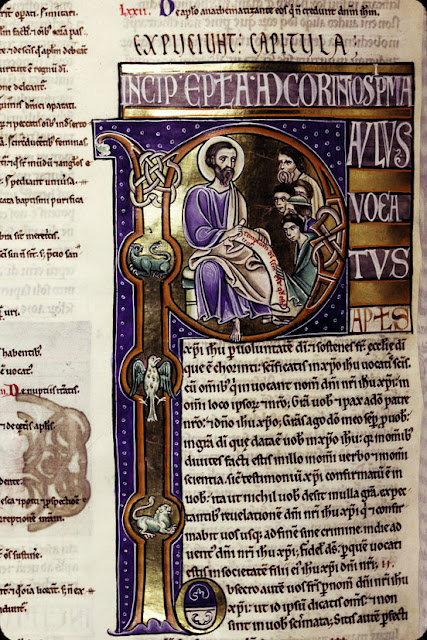 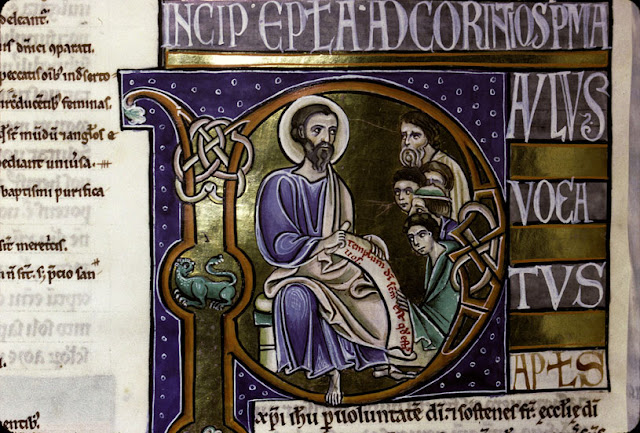 St Paul addressing the Corinthians
Initial `P` at the beginning of Chapter 1 of St Paul`s First Letter to the Corinthians
From the Bible of  Souvigny
End of 12th century
Ms. 0001  f. 369v
BM  Moulins 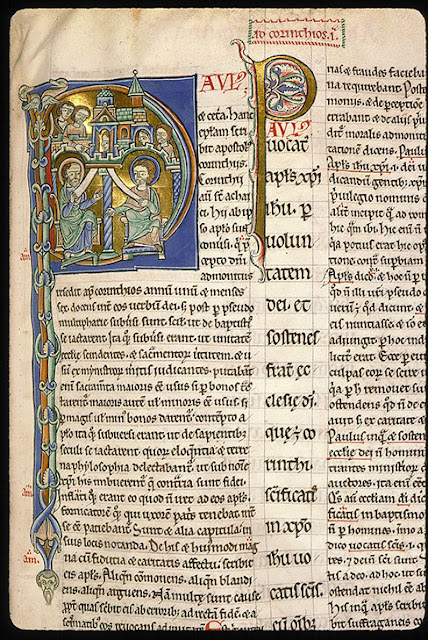 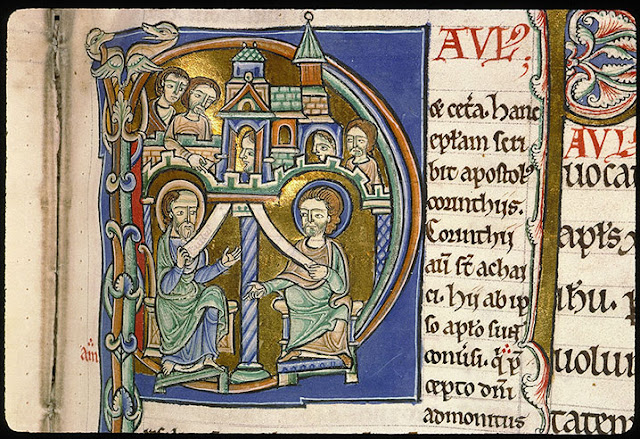 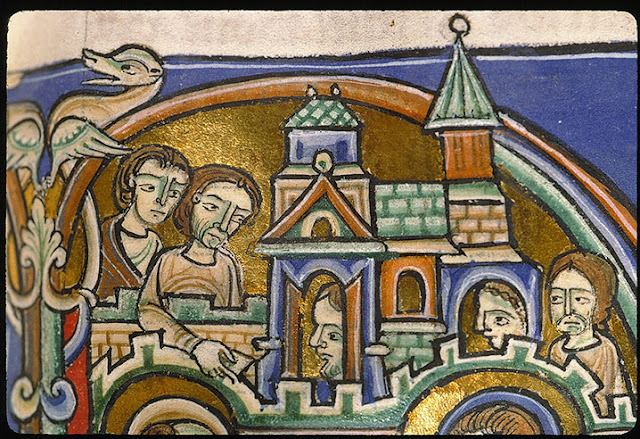 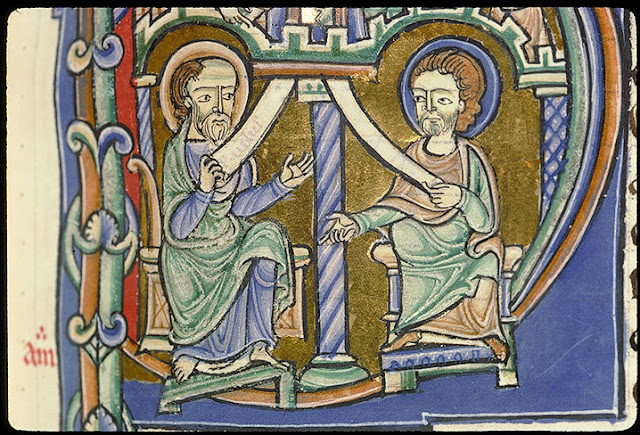 The third set above shows Sosthenes ("saving strength") beside Paul who was  with Paul when he composed the epistle . A rather mysterious figure who has intrigued scholars.

"1 Paul, called to be an apostle of Christ Jesus by the will of God, and Sosthenes our brother,

2 to the church of God that is in Corinth, to you who have been sanctified in Christ Jesus, called to be holy, with all those everywhere who call upon the name of our Lord Jesus Christ, their Lord and ours.

3 Grace to you and peace from God our Father and the Lord Jesus Christ. ...

10 I urge you, brothers, in the name of our Lord Jesus Christ, that all of you agree in what you say, and that there be no divisions among you, but that you be united in the same mind and in the same purpose.

11 For it has been reported to me about you, my brothers, by Chloe’s people, that there are rivalries among you.

13 Is Christ divided? Was Paul crucified for you? Or were you baptized in the name of Paul?

14 I give thanks [to God] that I baptized none of you except Crispus and Gaius,

15 so that no one can say you were baptized in my name.

16 (I baptized the household of Stephanas also; beyond that I do not know whether I baptized anyone else.)

17 For Christ did not send me to baptize but to preach the gospel, and not with the wisdom of human eloquence, so that the cross of Christ might not be emptied of its meaning.

18 The message of the cross is foolishness to those who are perishing, but to us who are being saved it is the power of God.

“I will destroy the wisdom of the wise, and the learning of the learned I will set aside.”