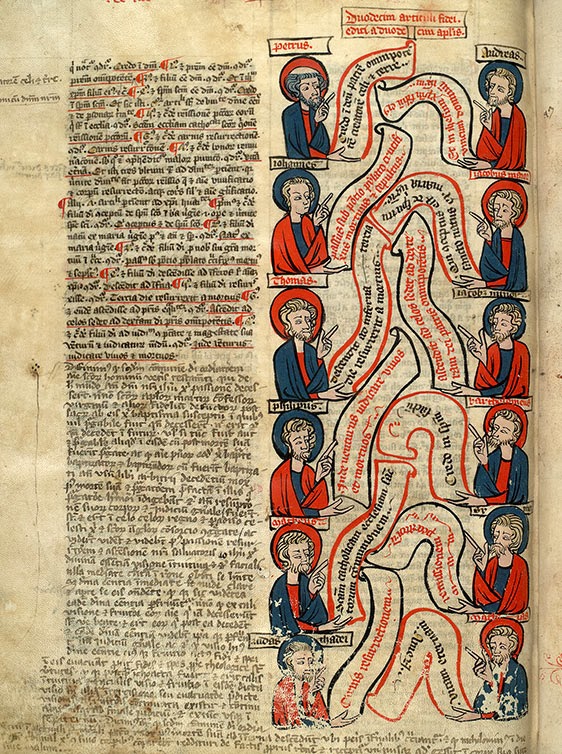 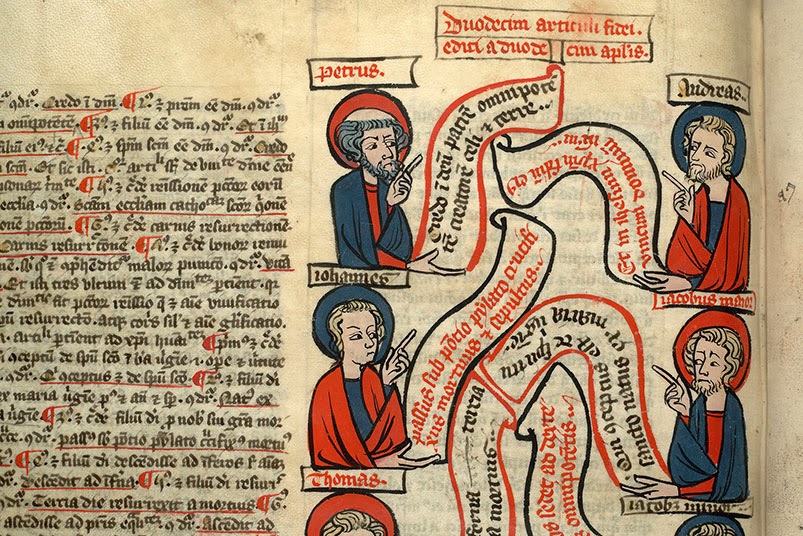 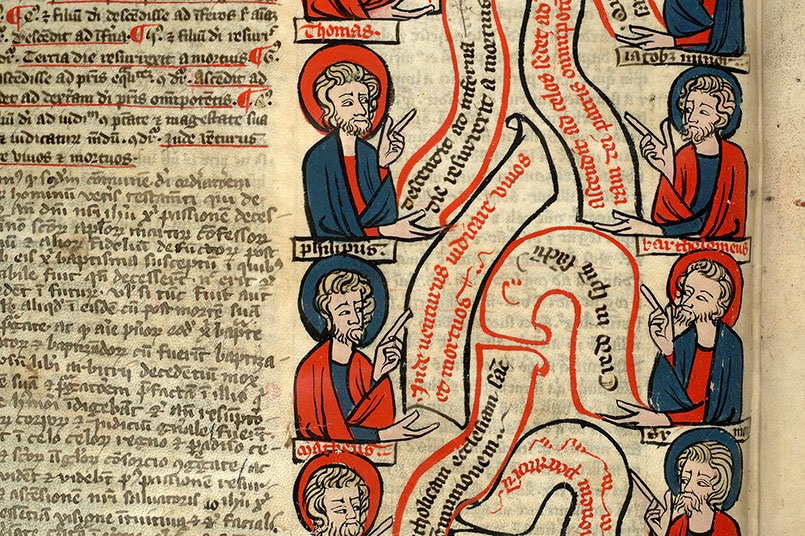 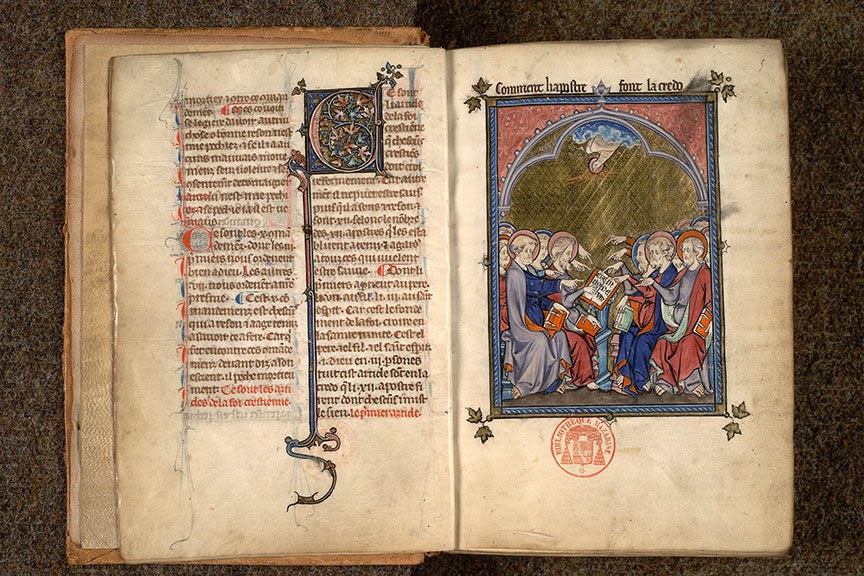 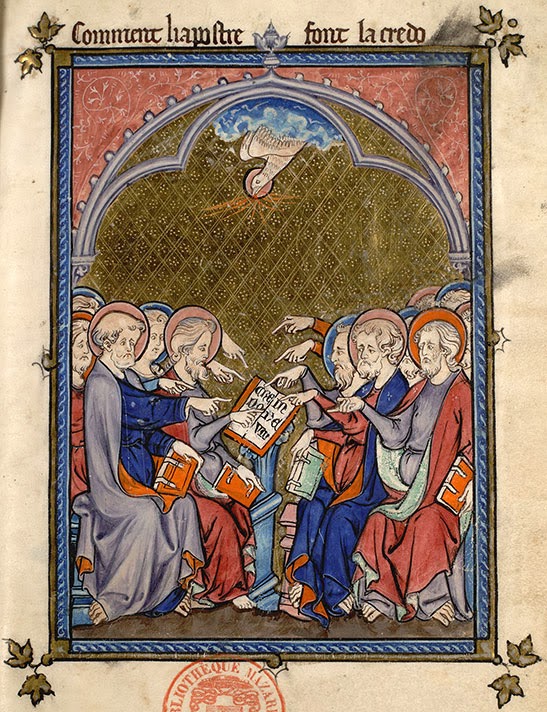 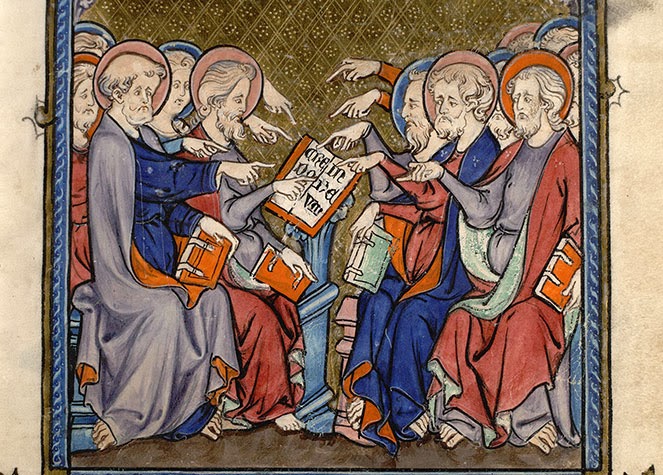 The illustration in the book in the picture has the words of the Creed; "Credo in deum" 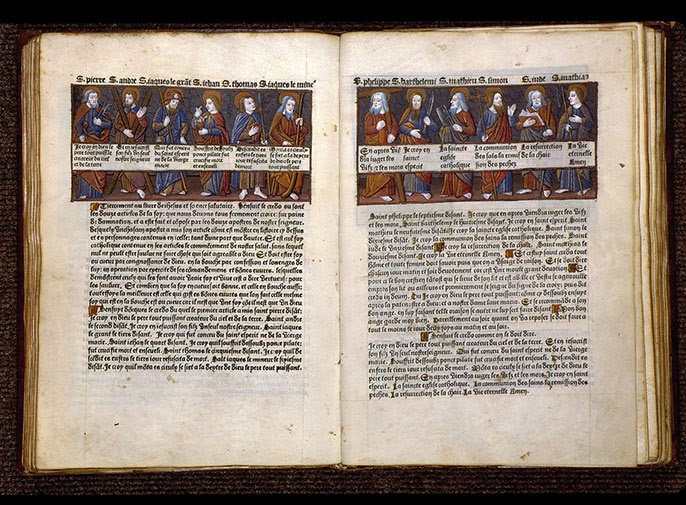 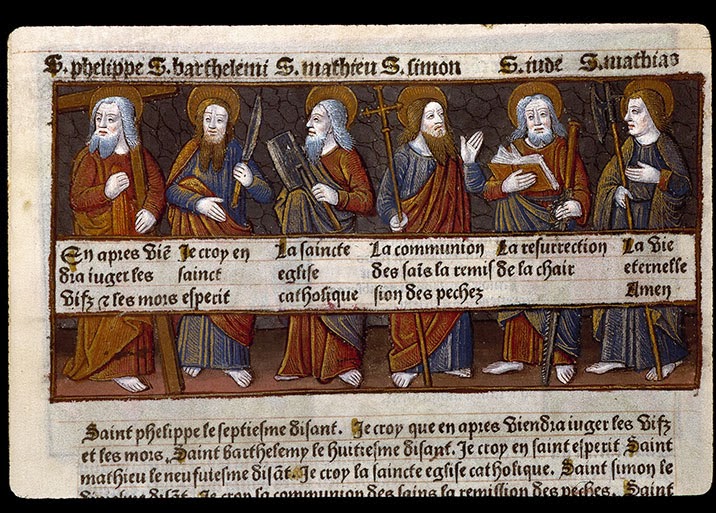 
In his Motu proprio Porta Fidei declaring The Year of Faith, Pope Benedict XVI explained the importance of the Creed, the profession of faith and the handing over or down of the faith, the creed:

"Not without reason, Christians in the early centuries were required to learn the creed from memory. It served them as a daily prayer not to forget the commitment they had undertaken in baptism.

With words rich in meaning, Saint Augustine speaks of this in a homily on the redditio symboli, the handing over of the creed:

“the symbol of the holy mystery that you have all received together and that today you have recited one by one, are the words on which the faith of Mother Church is firmly built above the stable foundation that is Christ the Lord. You have received it and recited it, but in your minds and hearts you must keep it ever present, you must repeat it in your beds, recall it in the public squares and not forget it during meals: even when your body is asleep, you must watch over it with your hearts.”[Sermo 215:1] ...

Confessing with the lips indicates in turn that faith implies public testimony and commitment.

A Christian may never think of belief as a private act. Faith is choosing to stand with the Lord so as to live with him. This “standing with him” points towards an understanding of the reasons for believing.

Faith, precisely because it is a free act, also demands social responsibility for what one believes.

The Church on the day of Pentecost demonstrates with utter clarity this public dimension of believing and proclaiming one’s faith fearlessly to every person.

It is the gift of the Holy Spirit that makes us fit for mission and strengthens our witness, making it frank and courageous.

Profession of faith is an act both personal and communitarian. It is the Church that is the primary subject of faith. "