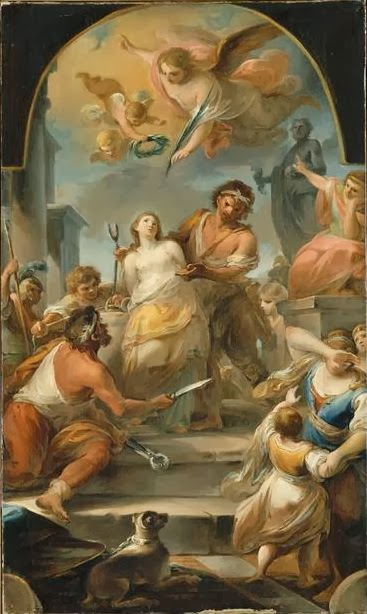 
Rossi was born in Sicily and trained in Naples and in Rome, eventually returning home

He had many religious art commissions in Sicily and from Rome

He died in Rome and is buried in the Church of Santa Susanna, the American Catholic church in Rome

St. Agatha was born in Catania, Sicily in the 3rd century A.D

During the persecution of the Roman Emperor Trajanus Decus (AD 249- 251), she rejected the love of the Roman governor Quintianus and like Saint Agnes, was thrown into a brothel. She was subjected to violent tortures before dying a martyr`s death

Patron of Catania, her devotion is very strong in Sicily 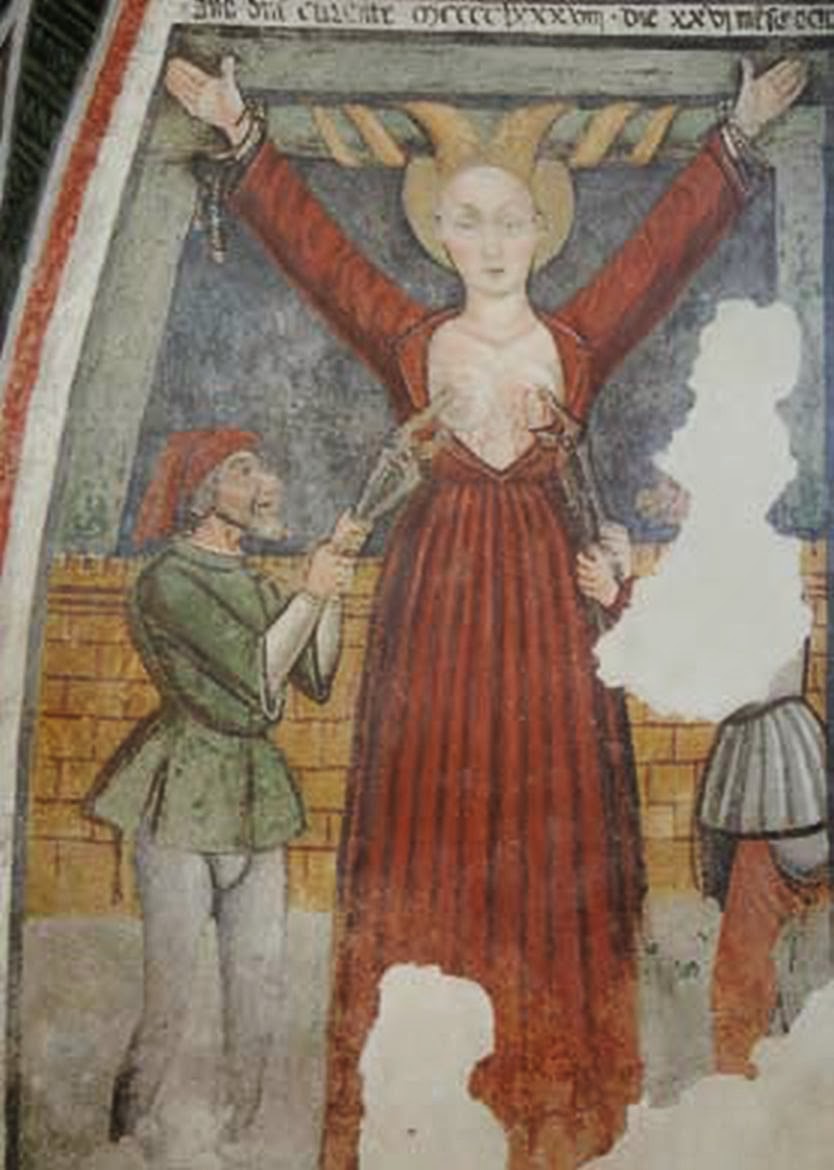 Her story prompted many depictions of her fate throughout Europe 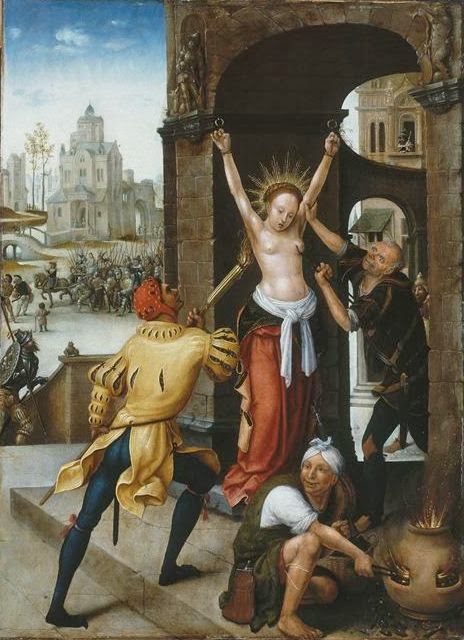 
Jean Bellegambe was active in the Franco-Netherlandish border town of Douai, now part of Northern France but earlier under the rule of the counts of Flanders. He was influenced by both French and Flemish art 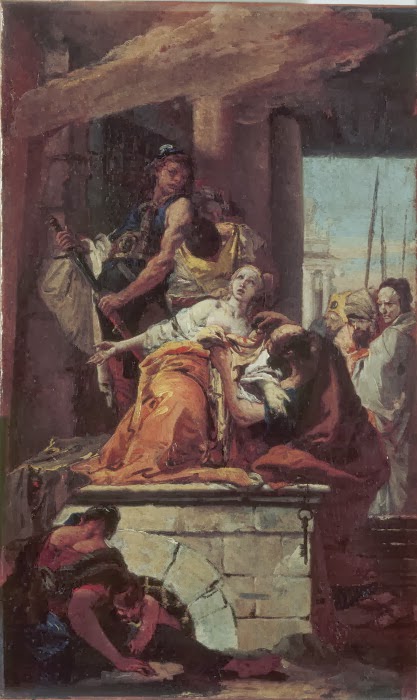 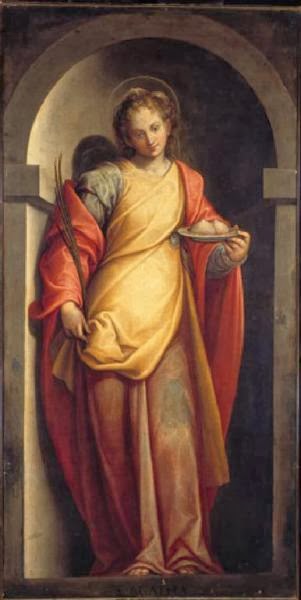 "From her very origins, the Church, although conditioned by the cultures surrounding her, has always recognized the full spiritual dignity of women, beginning with the unique vocation and mission of Mary, Mother of the Redeemer.

From the very start, Christians have turned to women such as Felicity, Perpetua, Agatha, Lucy, Agnes, Cecilia and Anastasia - as the Roman Canon attests - with no less fervour than that reserved for saintly men."