Lead up to Corpus Christi

The Book of Hours (`Hours of Philip of Burgundy') The Hague, KB, 76 F 2 is in the Koninklijke Bibliotheek, The National Library of the Netherlands
It was made at Oudenaarde for Philip the Good, Duke of Burgundy (1396-1467)
During his reign Burgundy reached the height of its prosperity and prestige and became a leading centre of the arts. Philip is known in history for his administrative reforms, patronage of artists such as Henri Bellechose, Jan van Eyck, Rogier Van der Weyden, Hans Memling, musicians such as Guillaume Dufay and writers such as Jean Wauquelin , Michault Taillevent. As well as the capture of Joan of Arc.
The scribe was Jean Miaelot. The illuminators were Jean le Tavernier and follower c. 1450-1460. Added sections were by the Master of the Prayer Books of Bruges c. 1500 (illuminator)
The first two images are from the Mass of the Holy Sacrament for Corpus Christi

The other three are self-explanatory 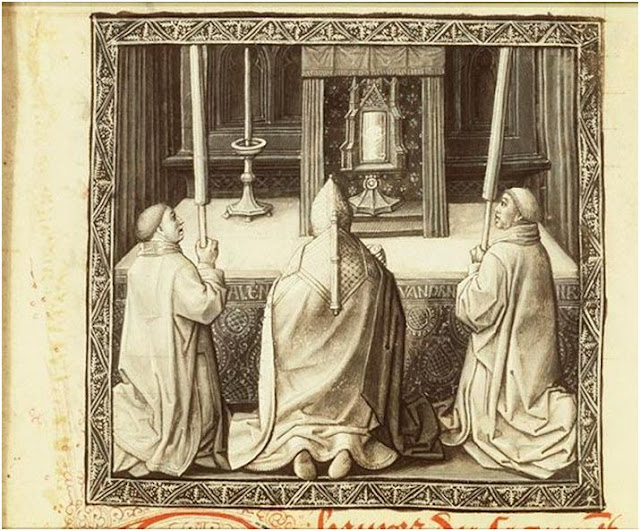 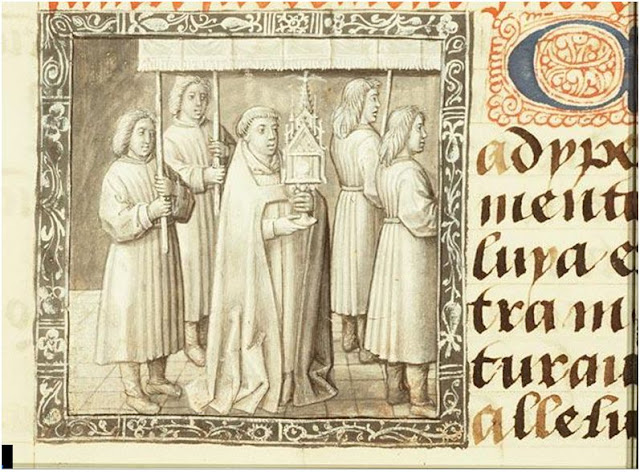 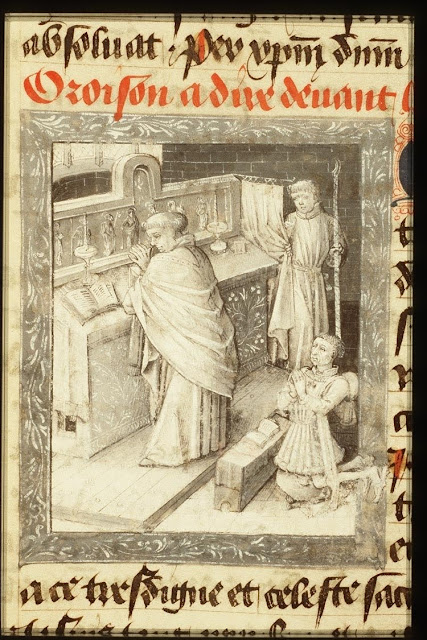 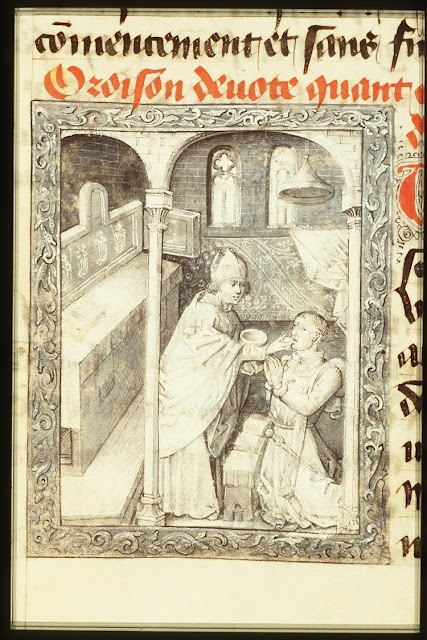 Prayer to the Holy Sacrament
Philip the Good, Duke of Burgundy, at prayer
Fol. 44v: miniature (grisaille)
85x65mm
Posted by Unknown at 9:41 pm