Relic of St Benedict found in The British Museum 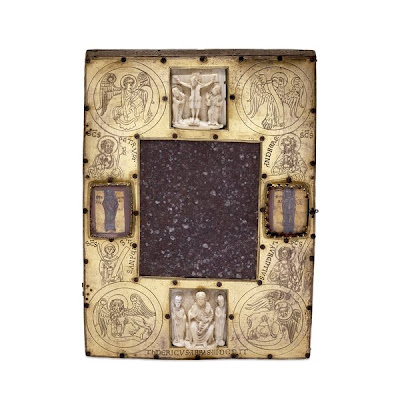 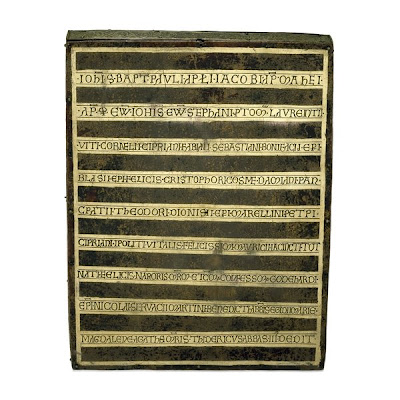 Clerical Whispers has an amazing story that curators at London's British Museum have discovered the relics of 39 saints, including St Benedict, packed in bundles of cloth inside a 12th century portable German altar.

The most precious was the relic of St Benedict, father of the western monastic tradition. The relic was wrapped in cloth which was itself an extraordinary object, a piece of silk from 8th- or 9th-century Byzantium.

The relics were only found when the 12th-century German portable altar was opened for the first time since it came into the British Museum collection in 1902.

One hopes that the British Museum will give the relics to the Archdiocese on permanent loan so that they can be given a suitable and fitting home in Westminster Cathedral.However no doubt this would cause major problems for the Trustees with demands from others requesting the return of similar objects in the possession of the Museum.

One also hopes that there are not similar religious relics lying aroung the huge storerooms of the British Museum.


The entry in the net catalogue of The Museum states:

"The altar is made from a combination of metalwork, ivory carving and miniature painting that was highly favoured by artists of Lower Saxony in the eleventh century. The altar-stone, once thought to be porphyry, is more likely to be a variety of Purbeck marble. It is mounted in gilt copper which is engraved with the four symbols of the Evangelists and Saints Peter, Andrew, Stephen and Lawrence. Above the stone there is an ivory of the Crucifixion and below it the Virgin and Child enthroned with two bishop saints. To either side is placed a painted miniature on vellum under crystal, of Saints Godehard (right) and Bernard (left), both bishops of Hildesheim.

Beneath the ivory of the Virgin and Child is an inscription THIDERICVS. ABBAS. III. DEDIT, which reveals the identity of the patron as Theodoric, the third abbot of his name. This would seem to signify Abbot Theodoric who was abbot at Godehardiklosters, Hildesheim, between 1181 and 1204.

The reverse of the altar is inscribed with the names of forty saints in whose honour it was dedicated. In a cavity beneath the stone slab are relics of these saints, wrapped in textiles and labelled. Analysis has shown that the oldest textiles are likely to date from the ninth or tenth century, whereas the most recent may date from as late as the nineteenth. The relics themselves have been examined and consist mainly of bone but with hair (labelled as coming from St John the Evangelist) and semi-precious stones (associated with St Christopher)."