José Benlliure y Gil (1855 - 1937) studied painting under Domingo, and showed from the first such marked talent that he was sent to the Spanish school in Rome

He became the leader of the Spanish art colony in Rome, where he practised as painter and sculptor.

He was born in Valencia and died there.

He executed a series of paintings on the subject of the Mass. In 1932 he gifted these to the city and these are now housed in the main art gallery in Valencia, El Museo de Bellas Artes de Valencia San Pío V (housed in a former convent and seminary) 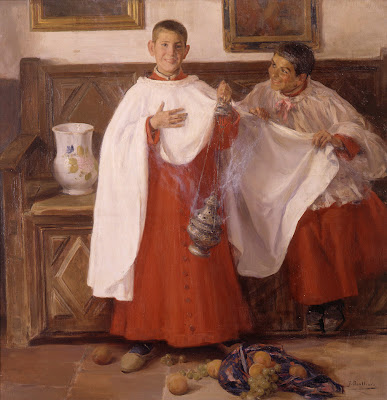 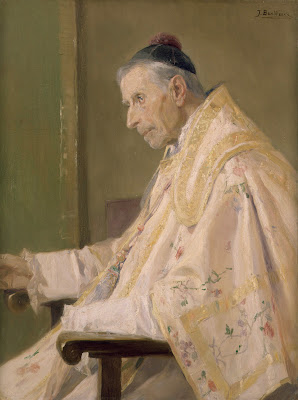 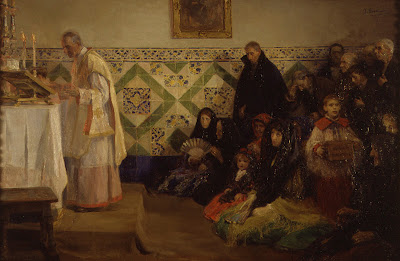 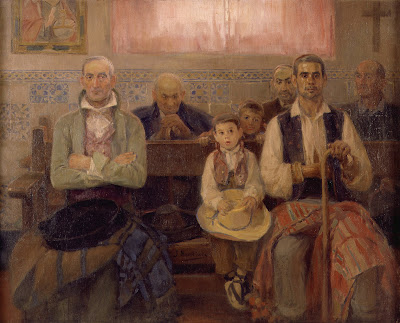