Renaissance Siena: Art for a City 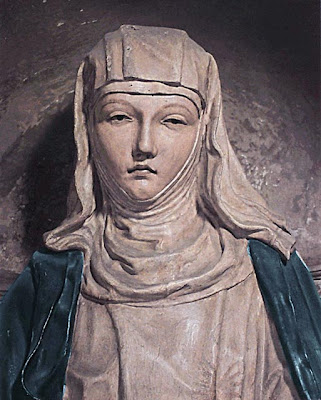 Renaissance Siena: Art for a City is at the National Gallery, London WC2

In a brilliant review in The Times Rachel Campbell-Johnston explains why Siena and Sienese art are important enough subjects to merit a special exhibition at The National Gallery in London.

"This distinct Sienese style, so expressive of spirituality, is the artistic equivalent of a dialect. It remains at the root of the city’s aesthetic throughout the period that this show covers. We may see it adapted and altered as such Renaissance advances as perspective and modelling are introduced; as Siena, in what must have been seen as a great propaganda coup, lures Florence's most famous sculptor, Donatello, to work within its walls; or, under the auspices of the powerful Piccolomini family (who produced not just one but two Popes) plays host to such trophy talents as Raphael. But again and again that innate lyrical elegance, that light dancing touch that sets solid figures swaying, saints leaping on tiptoe, patterned draperies swirling and spidery fingers pointing, infuses these images with an almost frolicsome levity that brings them to what feels more like a spiritual than a physical life. "

Five of the exhibits are:

As this painted wooden statue of the city’s patron by Neroccio di Bartolomeo leaves Siena for the first time, the spectator can hardly help but be touched by its aura of delicate melancholy

Saint Dorothy and the Infant Christ, by Giorgio Martini

The Story of Patient Griselda

The Expulsion of Adam and Eve from Earthly Paradise, by Benvenuto di Giovanni