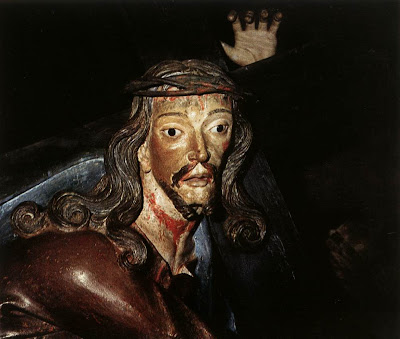 At the end of the Baroque era, in the state of Minas Gerais, Brazil, the greatest artist was a mulatto architect and sculptor. A strange disease that caused the shriveling of his hands and feet earned him the nickname of o Aleijadinho (the little cripple). He built churches, carved altarpieces, and created wood and stone sculptures. The polychromed wood Stations of the Cross in the sanctuary of Congonhas do Campo were carved between 1796 and 1799.
Posted by Unknown at 7:39 pm