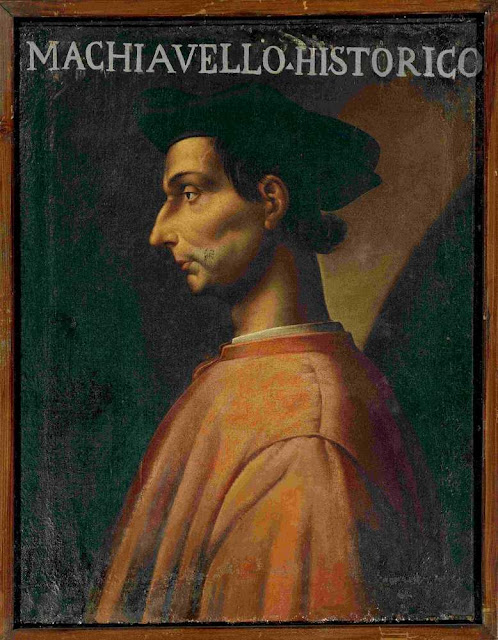 But Florence is this year celebrating the 500th anniversary of Machiavelli's writing of The Prince, the political treatise which argues that the pursuit of power can justify the use of immoral means

When the Medici family returned to power in Florence in 1512, Machiavelli was removed from his post in the city's chancery because of his association with the head of a rival faction.

His name was then linked with a conspiracy to overthrow the Medici.

They imprisoned, tortured and later released him and placed under house arrest outside the city

Machiavelli then wrote The Prince in the hope of regaining the approval of the Medicis. He dedicated it to Cardinal Giuliano dei Medici, the brother of Pope Leo X and later to be Pope Clement VII see portrait below 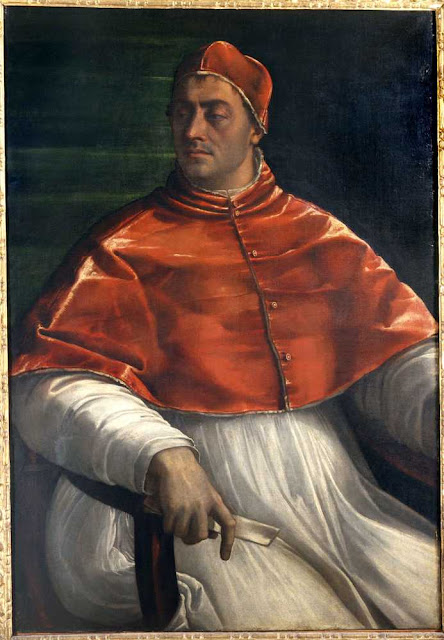 
It is not known if either Leo or Clement read the work but if they did it did neither any good and more importantly for the Church. Their pontificates were disasters in all senses and all ways.

"For many, his teaching adopts the stance of immoralism or, at least, amoralism.

The most extreme versions of this reading find Machiavelli to be a “teacher of evil,” in the famous words of Leo Strauss (1958) on the grounds that he counsels leaders to avoid the common values of justice, mercy, temperance, wisdom, and love of their people in preference to the use of cruelty, violence, fear, and deception.

A more moderate school of thought, associated with the name of Benedetto Croce (1925), views Machiavelli as simply a “realist” or a “pragmatist” advocating the suspension of commonplace ethics in matters of politics. Moral values have no place in the sorts of decisions that political leaders must make, and it is a category error of the gravest sort to think otherwise.

Weaker still is the claim pioneered by Ernst Cassirer (1946) that Machiavelli simply adopts the stance of a scientist—a kind of “Galileo of politics”—in distinguishing between the “facts” of political life and the “values” of moral judgment.

Perhaps the mildest version of the amoral hypothesis has been proposed by Quentin Skinner (1978), who claims that the ruler's commission of acts deemed vicious by convention is a “last best” option. Concentrating on the claim in The Prince that a head of state ought to do good if he can, but must be prepared to commit evil if he must (Machiavelli 1965, 58), Skinner argues that Machiavelli prefers conformity to moral virtue ceteris paribus."

Leo Strauss in 1987 said of his doctrines:

""Machiavelli is the only political thinker whose name has come into common use for designating a kind of politics, which exists and will continue to exist independently of his influence, a politics guided exclusively by considerations of expediency, which uses all means, fair or foul, iron or poison, for achieving its ends - its end being the aggrandizement of one's country or fatherland - but also using the fatherland in the service of the self-aggrandizement of the politician or statesman or one's party."

Cardinal Reginald  Pole reported that The Prince was spoken of highly by Thomas Cromwell in England and had influenced Henry VIII in his turn towards Protestantism, and in his tactics, for example during the Pilgrimage of Grace

Italian-American mobsters  John Gotti and Roy DeMeo would regularly quote The Prince and consider it to be the "Mafia Bible".

Volume 4 of the five volumes was published last year The Passage of Power: The Years of Lyndon Johnson

The author has said of his work that his volumes are "about America in the second half of the 20th century and how political power changed. It's about the workings of political power."

One of the figures singled out for "praise" in The Prince is Cesare Borgia, the son of the Borgia pope, Alexander VI and brother of Lucretia Borgia see portrait below 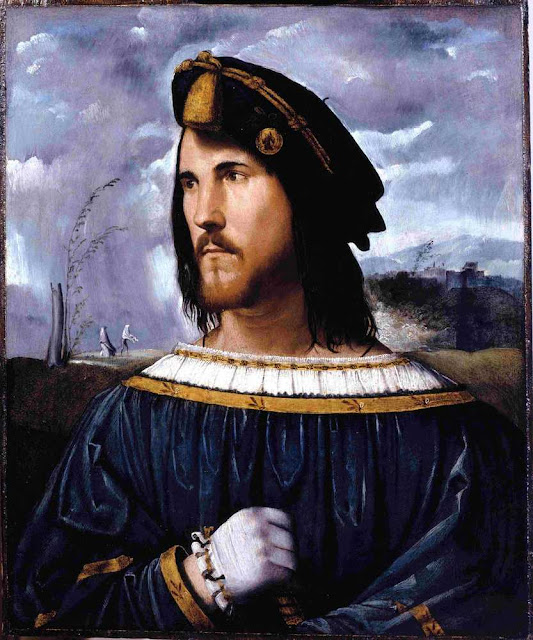 Alexander carved out for Cesare a state of his own in northern Italy.in Romagna and Marche. In his terms Cesare was successful

According to Machiavelli in Chapter 7, he was a risk taker and example of "criminal virtue." who was a master politician who secured his powerbase and thrived. Again Machiavelli attributes his failure in the end because of one mistake: he was naive to trust a new Pope

Quid hoc aeternitatem? St Ignatius teaches. What is this for eternity? Our judgment, our opinion should be just that. In this regard, the Pope recalled the figure of Machiavelli's Prince. This famous character had thought it all, done it all, calculated it all, except for one thing, which was that he had to die. And his life was, as you know, quickly cut off, and  the great idea to create a political force and a national expression outside of history, outside of time went up in smoke."

Citing Dante`s Purgatory, he reminded his audience that the day which they thought would never dawn and did not want to come does eventually arrive

Citing Chapter 7 of The Prince, he said:

"Then he told them a parable. "There was a rich man whose land produced a bountiful harvest.

17 He asked himself, 'What shall I do, for I do not have space to store my harvest?'

18 And he said, 'This is what I shall do: I shall tear down my barns and build larger ones. There I shall store all my grain and other goods

19 and I shall say to myself, "Now as for you, you have so many good things stored up for many years, rest, eat, drink, be merry!"

20 But God said to him, 'You fool, this night your life will be demanded of you; and the things you have prepared, to whom will they belong?'

21 Thus will it be for the one who stores up treasure for himself but is not rich in what matters to God."

23 For life is more than food and the body more than clothing.

24 Notice the ravens: they do not sow or reap; they have neither storehouse nor barn, yet God feeds them. How much more important are you than birds!

25 Can any of you by worrying add a moment to your lifespan? "