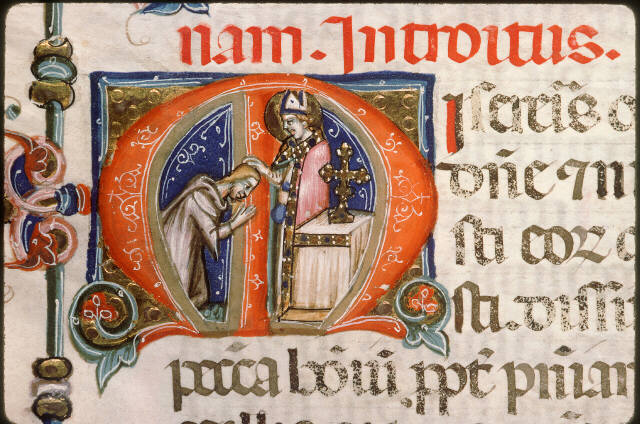 For many non Catholics, the imposition of ashes on the foreheads of Catholics will appear very strange.


The Directory on Popular Piety and the Liturgy says this about the imposition of ashes on Ash Wednesday, emphasising the antiquity of the practice:

"125. In the Roman Rite, the beginning of the forty days of penance is marked with the austere symbol of ashes which are used in the Liturgy of Ash Wednesday. The use of ashes is a survival from an ancient rite according to which converted sinners submitted themselves to canonical penance.

The act of putting on ashes symbolizes fragility and mortality, and the need to be redeemed by the mercy of God.

Far from being a merely external act, the Church has retained the use of ashes to symbolize that attitude of internal penance to which all the baptized are called during Lent. The faithful who come to receive ashes should be assisted in perceiving the implicit internal significance of this act, which disposes them towards conversion and renewed Easter commitment."

There are two alternative formulae said by the priest who places the ashes:

The first, from the Book of Genesis: "You are dust and to dust you shall return" (Memento homo, quia pulvis es et in pulverem reverteris) (Gen 3: 19); the other is  "Repent and believe in the Gospel" (Mk 1: 15),

For many centuries, the Roman Liturgy on Ash Wednesday took as the Gospel reading Mk 6:1-6, 16-18, which presents Jesus’ teaching on the inseparable elements of  almsgiving (mercy), prayer and fasting

In one of his Discourses, Saint Peter Chrysologus wrote:

""These three things, prayer, fasting and mercy, are a single thing, each drawing life from the others. Fasting is the soul of prayer and mercy the life of fasting. Let no one divide them, because alone they do not survive" (Saint Peter Chrysologus, Discourse 43: PL 52, 320).