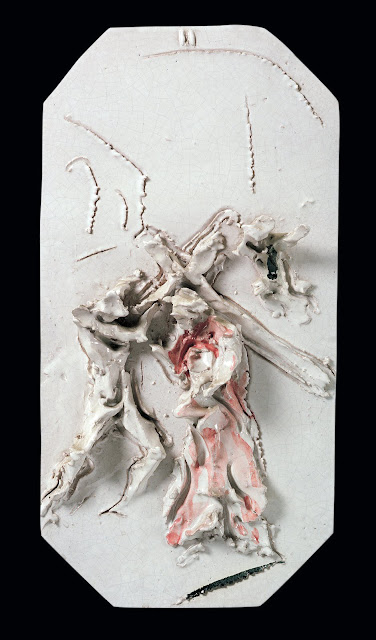 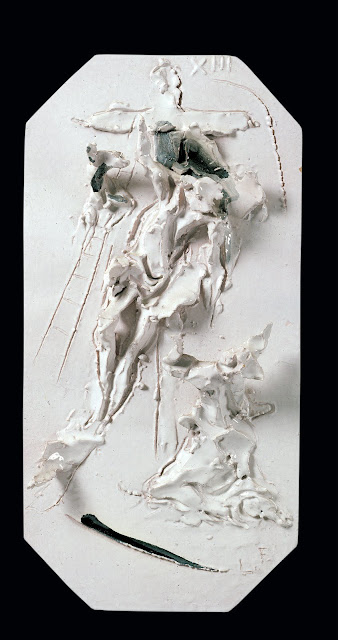 Lucio Fontana 1899 - 1968
Two of fourteen ceramic tiles in the series of Via Crucis, 1953/1954,
41,5 cm x 21 cm circa
Private collection
The Directory on Popular Piety and the Liturgy (December 2001) Chapter 4, paragraphs 131 - 135 explains the devotion of the Via Crucis (or Stations of the Cross)
As regards the history of the devotion the Directory states:

"132. In its present form the Via Crucis, widely promoted by Saint Leonardo da Porto Maurizio (+ 1751)was approved by the Apostolic See and indulgenced, consists of fourteen stations since the middle of the seventeenth century."

St Leonardo da Porto Maurizio (1676-1751) was a formidable Franciscan saint from Liguria in Italy. A reformer, a great preacher, an ascetic, a great writer.
In 1750, under the auspices of Pope Benedict XIV he initiated the rite of the Via Crucis at the Colosseum in Rome. It was this same rite which was revived in 1964 by Pope Paul VI and which continues to the present day.
Saint Leonardo instituted 571 such rites the length and breadth of Italy and also in Corsica.
One of his monasteries was situated beside the Church of Saint Bonaventura on the Palatine in Rome. He died in the Convent and is buried inside the Church.. Outside the Church and Convent is a beautiful set of 14 Stations of the Cross. 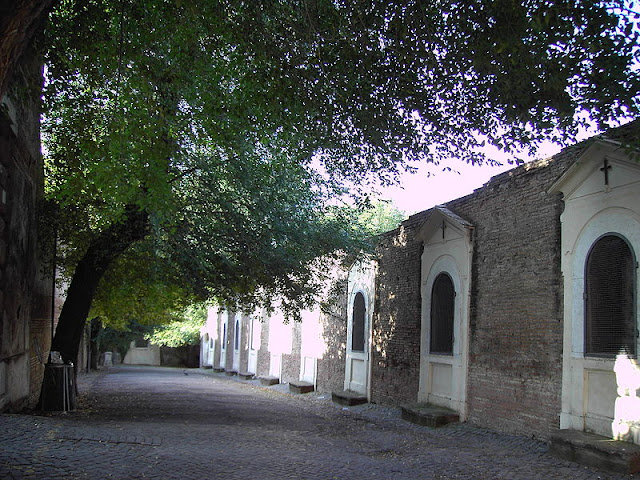 The Via Crucis outside the Church of San Bonaventura al Palatino, Rome
Source: Wikipedia
Nowadays because of its location and views and its sumptuous interior, the Church is very popular for Roman weddings. There is some irony that before and after the wedding, both the groom and the bride have to walk the Via Crucis.
Frederick William Faber in the Nineteenth century wrote a small biography of the Saint. It ccan be consulted and downloaded on Google Books. The biography is in his book entitles Saints and Sinners of God (Volume 4)and was written before the saint`s canonisation by Blessed Pope Pius IX.
Below is a print from 1863 of the chapel made from the cell of the Saint in the Convent in Rome 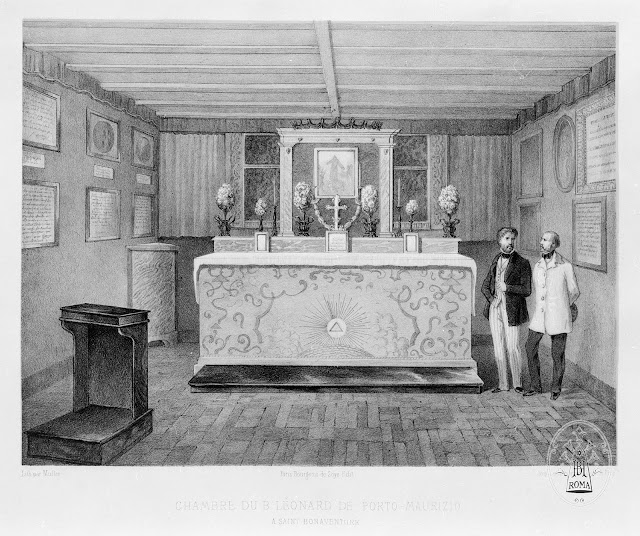