Saint Isidore of Seville: Patron Saint of the Internet 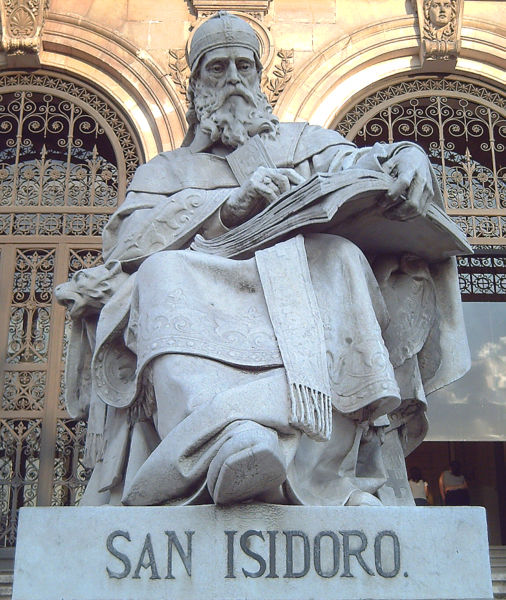 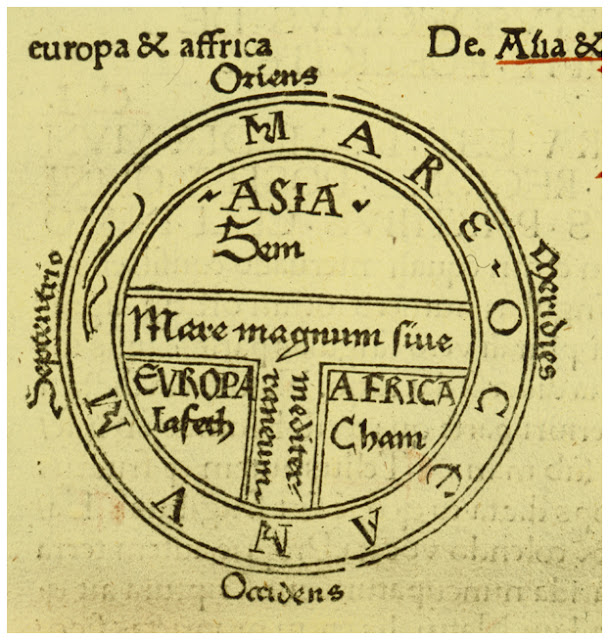 Isidore of Seville T-O Map from his Etymologie. Newberry Library

In an article entitled The verbal doodles of Saint Isidore Emily Wilson, an Assistant Professor in the Department of Classical Studies at the University of Pennsylvania, considers the life and works of St Isodore of Seville who in 1999 was made patron saint of the Internet.

"Isidore, who served as Archbishop of Seville from 600 until the time of his death, was canonized by the Catholic Church in 1598. He presided over the Council of Toledo in 633, which tried to eradicate Jews and heretics from Spain, not for the first or last time. Isidore’s whole family, especially his brother Leander, had played an important role in the conversion of the Visigothic kings to Roman Catholicism, away from Arianism (a form of Christianity which denied that the Son is co-eternal with the Father). But Isidore also spread the reach of the Roman Catholic Church back into classical antiquity. In his Etymologies, three central books (Six, Seven and Eight) deal with Ecclesiastical Offices, God, angels and saints, and the Church. Isidore manages to tell the story of the Latin language in such a way that it becomes the property of Roman Catholicism. He thus made this ancient language the cornerstone for contemporary European culture. ...

[T]he Etymologies was “arguably the most influential book, after the Bible, in the learned world of the Latin West for nearly a thousand years”. Isidore, a prolific and learned writer, lived from about AD 560 to 632 (the exact dates are uncertain), in a Spain which was under the rule of the Visigoths (Leovigild, Reccared, Leiuva, Witteric, Gundemar, Sisebut, Suinthila). It was a time of great upheaval: in the sixth century, four successive kings were murdered; the government was often forced to fight off attempts by Byzantine forces to claim control of the country. Now that Spain’s political links with Rome had been more or less decisively severed, Isidore’s Etymologies provided a summation of the complete intellectual heritage of Roman antiquity. As Isidore’s friend, Braulio, wrote, in Isidore “antiquity reclaimed something for itself”. The broken Roman Empire was reconstructed in Isidore’s book."
Posted by Unknown at 8:25 pm

Email ThisBlogThis!Share to TwitterShare to FacebookShare to Pinterest
Labels: Saint Isidore of Seville: Patron Saint of the Internet