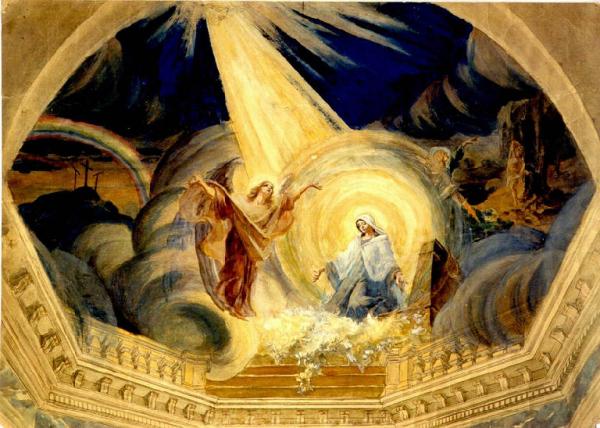 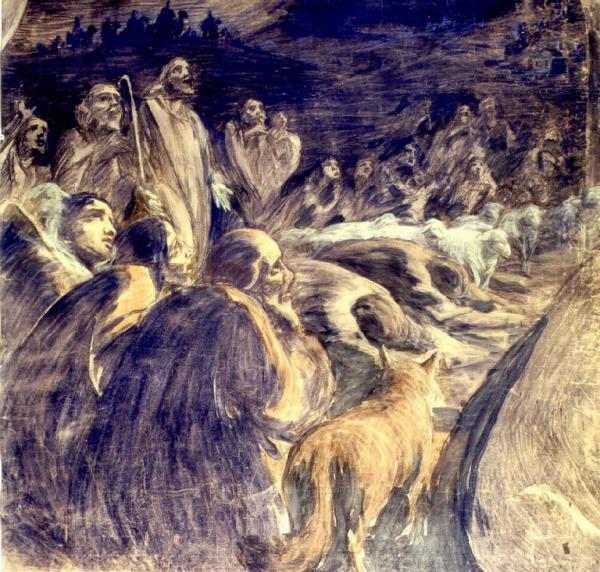 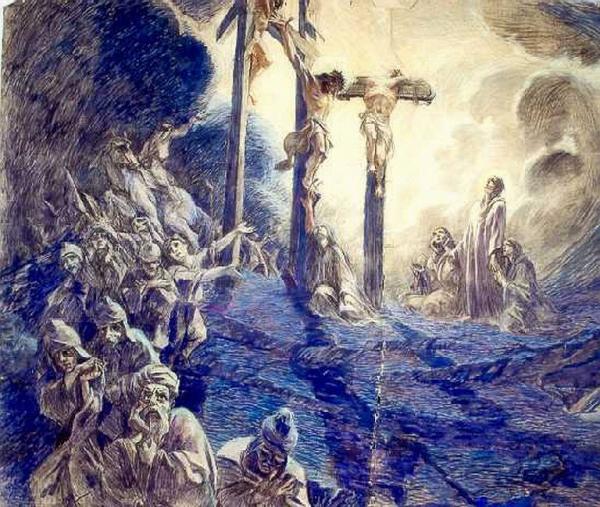 The First World War, the economic dislocation and political disappointment at the Peace Treaties, D`Annunzio, the rise of Fascism , mass emigration all led to political, economic, cultural and religious changes in Italy in the 1920s and 1930s

Destruction of the past. Worship of the future were two themes

In July 1931, a new religious magazine was published: Arte Sacra

The full title of the magazine shows what it was about: «Arte Sacra. Rivista trimestrale dell’arte sacra di oggi e di domani»

A young Monsignor, Giovan Battista Montini was on the editorial Committee.

The Committe published a "Manifesto"

He rejected the demons of the Italian art movement called Futurism

Futurism was the first of the right-wing avant-gardes

He made a distinction between "modernity" and "modernism"

He disapproved of Modernism

“[S]acred art faces the supreme problem of expressing the ineffable ... [and through sacred art one should] initiate oneself into mysticism, and to reach with the experience of the senses a reverberation, a flutter of the invisible Light ...

One can also see how and where true sacred art is born: from the devout and believing, prayerful, wishful artist who watches in silence and goodness, awaiting his Pentecost....

I think it is the task of our Christian artists to prepare with their works a state of mind in which our spiritual unity, now torn apart, is pieced together in Christ; unity, I say, that reconciles in due harmony the impression and the expression; the interior and the exterior world; spirit and matter; the soul and the flesh; God and man”

For Montini, the artist and art had to have as its motivation: L’omnia instaurare in Christo - to be valid and authentic

He rejected the idea of art for the sake of art

After the First World War and the subsequent ecoonomic and political dislocation, the young Montini was following in the steps of the theologians of art who were debating or discussing the theology of art: Jacques Maritain, Jean Guitton, Simone Weil, Pius XII and in the Italian sphere Mario Sturzo

The Italian priest, publisher and intellectual Don Giuseppe De Luca was sharply critical of the article, illustrating the deep divisions in Italian society and the Italian Church of the time

It was only later that Montini and De Luca corresponded and perhaps came to an accomodation, an agreement that there should be an insistence that religious values, both in art and in literature , which had been lost should remain autonomous in relation to the political power of the time
Posted by Unknown at 6:54 pm