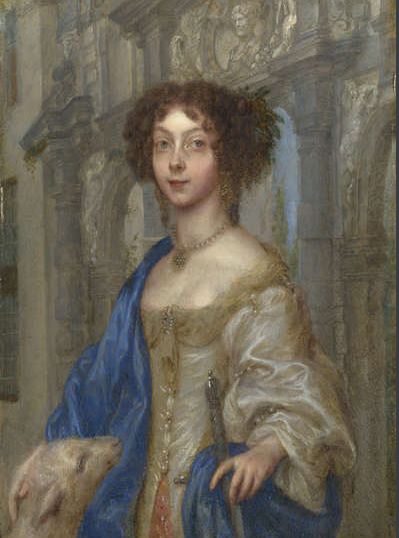 The patron saint of gardeners, girls, engaged couples, rape victims, and virgins has long been venerated since her death in AD 304

However these days her stock is not as high as previously was the case.

In the seventeenth century, portrait painting was the vogue. It became more common than before.

The upper middle class and the aristocracy sometimes had themselves portrayed in the dress from figures in Roman history and Latin literature to illuminate the sitter’s life. Sometimes as above even as saints.

There is a notable example in The Royal Collection of HM The Queen in London: Anthony Van Dyck Lady Mary Villiers, Duchess of Richmond and Lennox (1622-85) as St Agnes c.1637

The young woman in Coques` painting is possibly Maria Agnes, one of the daughters of Jacomo van Eycke and Cornelia Hillewerve. The rich merchant couple bought the Rubens House in 1660. The porchway of the Rubens House is depicted in the background

By 1650, Coques had effectively adapted the van Dyckian portrait style for his portraits. For architecture, his style derives from Rubens’s family portraits and ‘conversation pieces’

The work was probably a gift for a future husband

The lamb is a play on her name (Latin agnus lamb) while the sword indicates her martyr’s death.

The self-agrandissement in the portrait does not sit well with modern tastes. The modern taste for realism perhaps favours a more Italianate style of the early seventeenth century such as that of Francesco del Cairo below. This work depicts  a brutal murder. But within the picture we see how a young girl`s faith overcame threats and violence. Perhaps more memorable and inspirational than that of the Flemish paintings of the seventeenth century.

In this sexualised age, we detect an eroticism in the painting which was not intended and would not have been conveyed and detected by contemporary viewers. 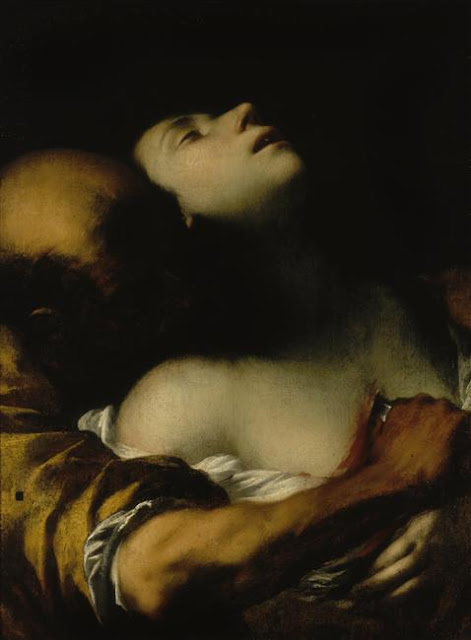