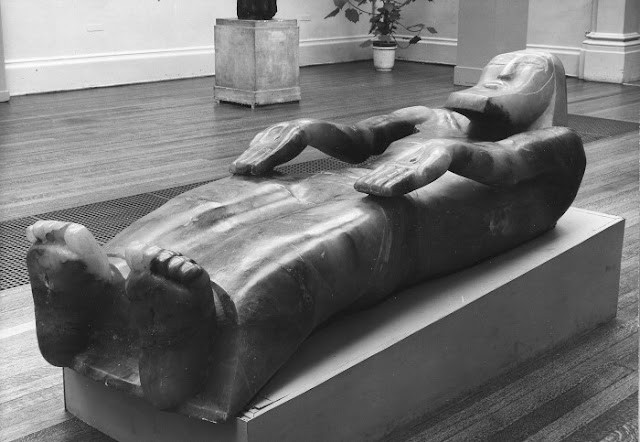 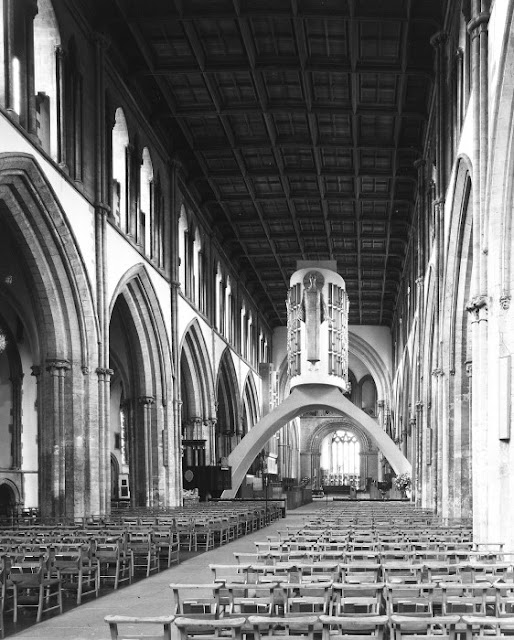 Of this sculpture, Epstein said that the figure expresses 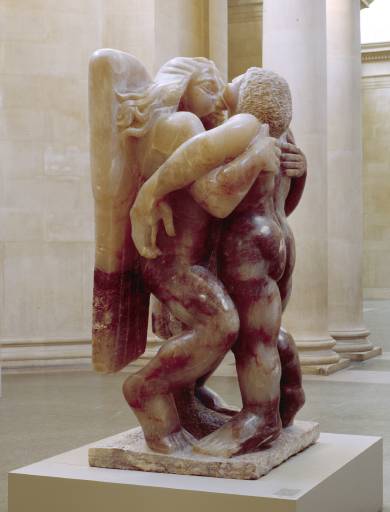 Professor the Rt Revd Lord Harries was the Bishop of Oxford from 1987 to 2006. He was previously the Dean of King's College London, where he is now a Fellow and an Honorary Professor of Theology

He is the current Gresham Professor of Divinity

The lectures are available as video, audio podcast, word transcript and powerpoint presentation.

One  of the most important of his lectures was entitled "The Explosion of Modernism" which considered the work of Nolde, Jacob Epstein and Roualt.

But one aspect which he does not hesitate to discuss is the composing of religious works of Christian themes by Jewish artists. Nowadays of course it is not regarded as a problem. But it was not always so.

"People were puzzled that Epstein, a Jew, should depict so many major Christian themes.
So something about his religion, first of all his Judaism.  Brought up in a very Jewish Quarter of New York, a bit of Polish Jewry simply transplanted there, his father was a leading member and benefactor of the synagogue. In his household there were daily prayers, bible readings and Hebrew lessons. On the Sabbath the young Jacob had to spend most of the day in synagogue

He duly went through his Bar Mitzvah. He found all this stifling, and distanced himself from it as soon as he could.

However, it gave him a deep knowledge and love of the Bible, and a sense of the sheer power of the Biblical stories, as for example we see in  sculptures such as Adam, and Jacob wrestling with the angel.

Whilst in New York he was as it were taken up by people in a settlement there. This settlement was no doubt very like such institutions founded by educated people in England at the time, usually with a strong Christian motivation, to enhance the lives and open up wider opportunities of those living in the slums of some of big cities.

Epstein found that this wider world liberated him from the stifling confines of the Jewish ghetto, and introduced him not only to Christians who were an influence on him but Yiddish intellectuals who had similarly thrown off their religious upbringing. In particular a Mrs Moore befriended him and believed in him when he had lost faith in himself. ...

Coventry Cathedral was almost totally destroyed by bombing in 1940 and in the early 1950’s Basil Spence was commissioned as the architect for the building of a new Cathedral. He invited Graham Sutherland, John Piper and Elizabeth Frink to do work for it. He also wanted Epstein and in 1954 took Bishop Gorton to look at the Madonna and Child in Cavendish Square.
The bishop stood looking up at it, oblivious of the traffic and said simply “Epstein’s the man for us.”

Later when Epstein’s name was brought before the committee Basil Spence noted  “There was a shocked silence, at length broken by the remark, ‘But is he a Jew’, to which I replied quietly, ‘So was Jesus Christ’”

At this meeting Epstein was asked about his faith, to which he responded by saying  it could be seen in his work. In a radio broadcast he enlarged on this.

My tendency has always been religious-it may not be known, but that is a fact…most great sculpture is occasioned by faith. Even the African sculpture, which we don’t understand, is full of their faith.

So Epstein was an innately religious person whose upbringing on the Hebrew scriptures had gone deep. The other fact, in addition to the friendly encouragement by Mrs Moore and others at the settlement in New York was his life long friendship with some Christian intellectuals and clergy.

He and Eliot became friends and  Eliot was amongst a small group invited to Epsteins 70th birthday party and the one who lit the candles on the cake. When Epstein died Eliot wrote to his widow to say

“It is as if some of my world has crumbled away.We loved him".

Epstein was buried at Putney Vale cemetry, with Dr Hewlett Johnson, the Red Dean of Canterbury taking the service. A memorial service was held at St Paul’s Cathedral, at which his friend Canon Mortlock said

If we ask how it was that a boy born and bred in the Jewish faith and never embracing any other, should become the interpreter of the sublime mysteries of our religion there can be no clear answer. Such things belong to the inscrutable wisdom of God.