A new HIstory of the Popes 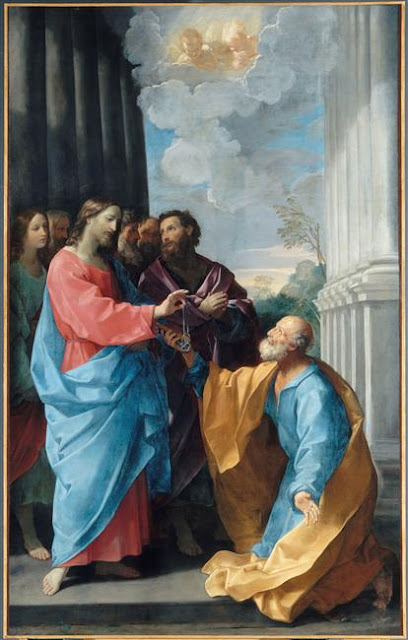 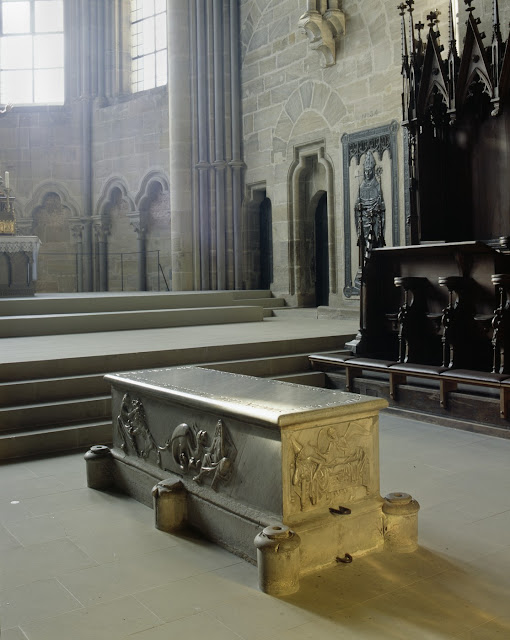 A History of the Kings and Queens of England - without politics ? Hamlet - but no mention of Denmark ?
Professor Eamon Duffy, the Professor of the History of Christianity at the University of Cambridge and a Fellow of Magdalene College as well as author of a history of the Popes, Saints and Sinners has written a review of the latest book on the History of the Popes.
The main defects of the book ? Rather surprisingly, in narrating the history, religion is left out and theological concerns are marginalised.
Rather humbly, Professor Duffy comments that the author is "heavily dependent on other papal histories". What he does not say is that one of the main book relied upon for research is Professor Duffy`s own book Saints and Sinners.
However Professor Duffy`s review is an interesting essay in its own righton some aspects of the history of the Papacy.
In a few sharp sentences he sketches out the importance of the office of Pope:

"The papacy is the world’s most ancient dynasty. The Roman Empire was young when the popes first established their authority. The earliest references to the popes of Rome, in the late second century, already claim for them a status greater than that of any other Christian bishop.
Eighteen centuries on, the Roman bishop exercises a quasi-monarchic rule over the world’s largest religious organization, and touches the consciences, or at any rate the opinions, of almost a fifth of the human race. The papacy has endured and flourished under emperors, kings, and robber barons, under republican senates and colonial occupations, in confrontation or collaboration with demagogues and democrats. And by hook or by crook, it has survived them all."

Could it be that the history of the papacy is a visible demonstration of the promise Christ made to St Peter when he called him "the Rock" on which he would build his Church "“and the gates of hell shall not prevail against it”. (Matthew 16:18)
The Popes and the Church have suffered many great defeats and setbacks over the centuries: martyrdom of some of the early Popes during the persecution by Roman Emperors, the "bad Popes", defeats and invasions by armies such as in The Sack of Rome, schisms and splits (the era of the competing Popes before the Council of Constance, the Greek Orthodox schism, and the Reformation in Europe) kidnapping and captivity (Napoleon imprisoned two and took them to France). Yet the Church survives and thrives.
There are a number of nuggets in the review. Professor Duffy discusses the importance of Greece and Greeks in the Church in the seventh and eighth centuries:

"Again, in the late seventh century and for much of the eighth, the clerical culture of Rome was dominated by an influx of Greek refugees from the theological battles of the East, and most of the popes of that period were Greeks. The effects of this invasion on the worship, theology and personnel of the Roman Church were profound, and at times unwelcome.
When the Englishman Wilfrid of Ripon arrived in Rome during the pontificate of the Sicilian Greek Pope Agatho to appeal against the innovations of Theodore of Tarsus, Greek Archbishop of Canterbury, he was disconcerted to find the entire papal entourage giggling and whispering among themselves in Greek. Disappointingly, Rome’s fascinating Greek century is relegated once more to a footnote."

The Greek influence at this time is often overlooked. Only now are historians and archaeologists beginning to uncover the significance of Pope John VII and Pope John VIII
This was also about the time of the missions of Saints Cyril and Methodius, the Apostles to the Slavs.
The author whose book was reviewed had run out the usual unjustified criticisms of Pope Pius XII. Professor Duffy provides a sound defence of this much misunderstaood and maligned Pope. His subtle defence has the ring of truth:

"Debate of course does indeed rage round Pius XII’s war record.
Many Catholics, including the present reviewer, share a sense of the inadequacy of Pacelli’s oblique and reluctant condemnation of the concentration camps in his Christmas broadcast in 1942.
But the Pope’s moral failure, if that is what it was, certainly did not spring from anti-Semitism. Pacelli did indeed share some of the negative attitudes to Jews that were shamefully widespread in the culture of his time, but he was no more “odiously anti-Semitic” than most of the political and religious establishment of Western Europe.
His reluctance to speak out, however mistaken, sprang from more respectable motives.
By training and temperament he was a diplomat to his toenails, who believed international law and diplomatic negotiation the best defences of human rights. His idea of a devastating condemnation was a diplomatic note or a formal protest by an ambassador or nuncio.
He inherited from Pope Benedict XV, under whom he had trained, a profound commitment to papal political neutrality. He knew Stalin’s regime to be every bit as vicious as Hitler’s, and more inimical to religion, and he felt that if he condemned the atrocities of one he must condemn the other, which would have appalled the Allies. And he feared that overt papal condemnation might look well, but would close down other options, and would rebound on hapless victims by provoking retaliation. We may well think him wrong, but his dilemma was real, and his fears had some foundation.
The easy demonization offered here belittles Pacelli’s real tragedy, that of a well-intentioned man, even a would-be saint, whose temperament and outlook robbed him of moral greatness, in the face of choices starker and more terrible than most human beings ever have to confront."