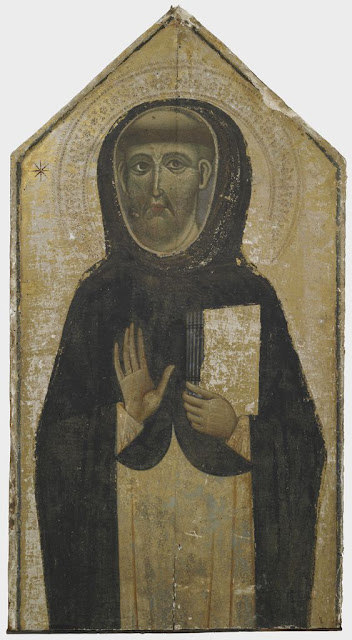 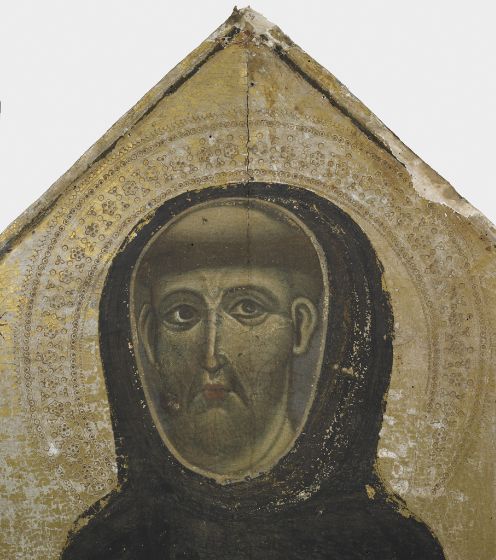 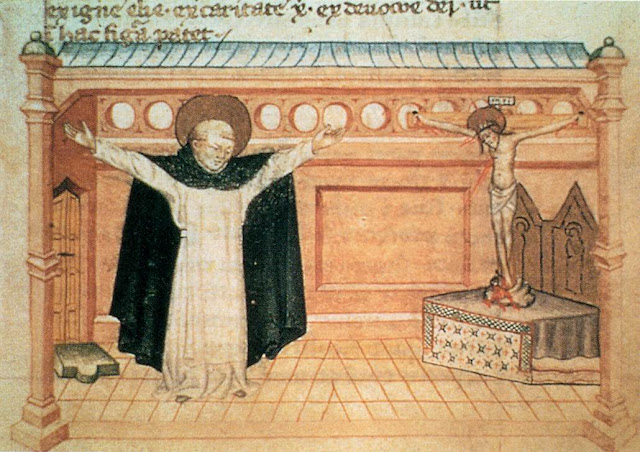 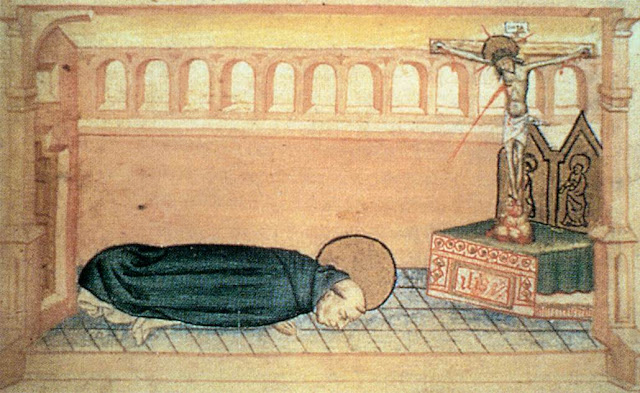 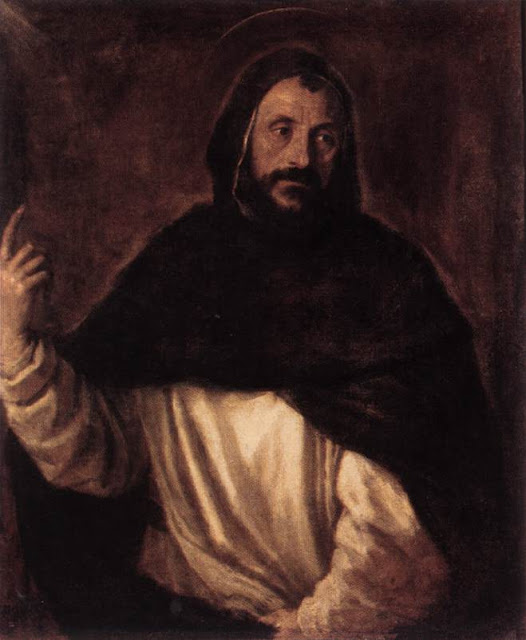 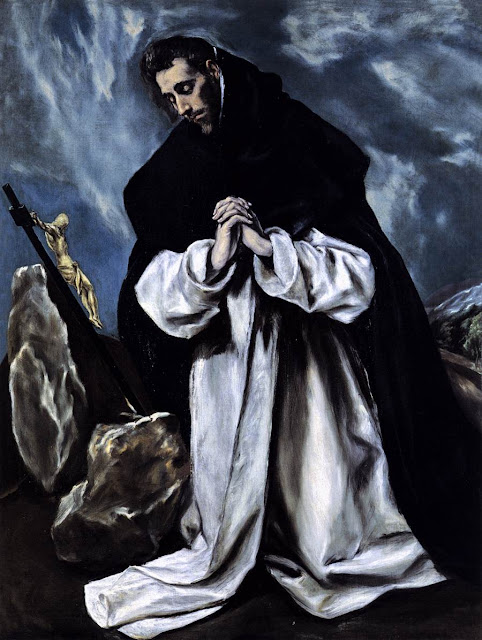 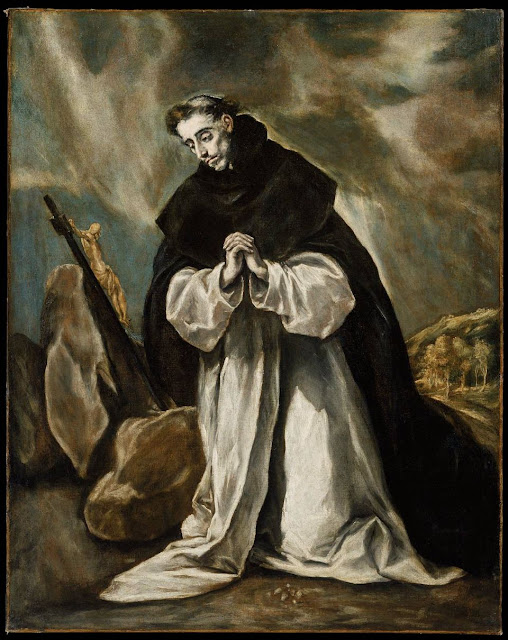 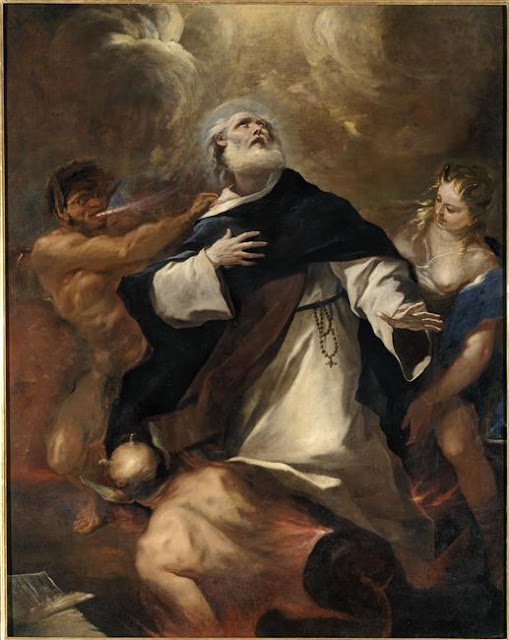 
These representations of St Dominic all emphasise the spiritual nature of the life of St Dominic, of his mission and his work.

Historians of the period tend to concentrate on the political or ideological nature of his work. They do not look at the interior man. What was it  that impelled him to found an order of evangelists committed to spreading the Gospel ?

One of the pillars of the Dominican constitution, the means by which members of the Order fulfil their mission is the daily recitation of the Divine Office:

"The solemn recitation of the Divine Office, the Liturgy of the Hours, the third means of facilitating the preaching of the Gospel, cen­tered the worship life of the community on the word of God.

As a Canon Regular, Dominic had known the solemn celebration of the eight hours of the Divine Office: Matins, Lauds, Prime, Terce, Sext, None, Vespers, and Compline. With its patterns of hymns, psalms, Scripture readings, and prayers, the Office provided the place where a religious community daily encountered the word of God as it pro­claimed the mysteries of salvation in the unfolding of the liturgical year.

Daily Mass and the Divine Office constituted the common prayer of the community of contemplative preachers. Gathered together for prayer in common, they experienced the lifegiving water of the word of God and the living bread of the Holy Eucharist.

This daily nourish­ment of word and sacrament strengthened and renewed the commu­nity of contemplative preachers so that they could share the same living water and bread of life with the people to whom they preached and ministered.

The common praise of God and the hearing of the Good News were meant to be joyous occasions of new life and empowerment for ministry, which also would be strengthened by the fourth means of facilitating the preaching mission of the Order, the life of study."

In his recent talk on the feast day of  St. Dominic de Guzmán, the Pope spoke of prayer in the life of the great saint

"Under the Holy Spirit's guidance, he advanced along the way of Christian perfection. At each moment, prayer was the force that renewed and rendered his apostolic works increasingly fruitful."

Unlike St Teresa of Avila he left no works on prayer.

But after his death between the year 1260 and 1288 a Dominican friar wrote a book entitled The Nine Ways of Prayer of St. Dominic

For St Dominic there were nine ways of prayer:

Bowing as a sign of humility; lying prostrate on the ground to ask forgiveness for his sins; on his knees in penance, participating in the suffering of Jesus; with open arms gazing at the Crucifix in contemplation; with his gaze to the sky feeling the draw of God; in the intimacy of personal meditation; seated, quietly listening.