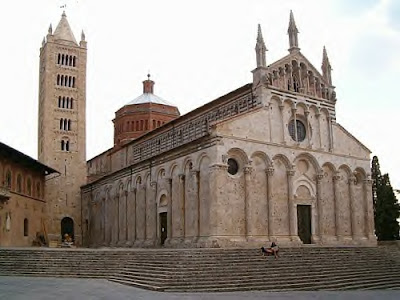 The Duomo of St Cerbone at Massa Marittima 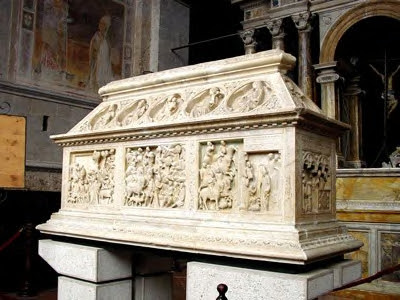 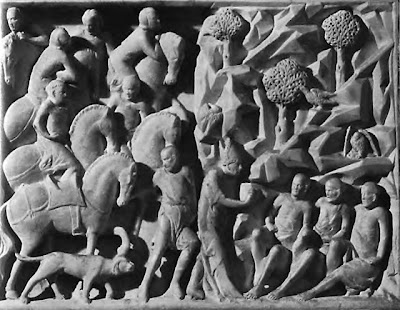 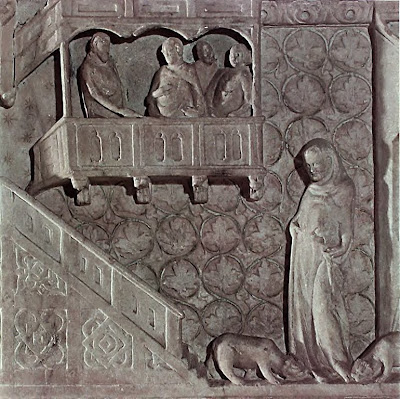 St Cerbone Being Thrown to the Bears (detail) 1324
Marble, height: 37 cm (size of detail)
Duomo, Massa Marittima
The picture shows a detail of the relief on the Tomb of Saint Cerbone, representing the scene of St Cerbone being thrown to the bears by the barbarian Totila. The beasts can be seen at the Bishop's feet, the barbarian is in the box on the left. 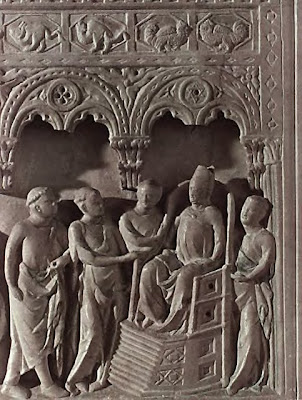 Massa Marittima is a town in the Maremma (southwest of Tuscany) not yet adversely affected by the tourist trade.

Its patron is Saint Cerbone, a former bishop of the town in the sixth century.

His remains rest in the Arca, a tomb shrine, which is within the Duomo.

The Arca was executed in 1324 by the Sienese sculptor, Goro di Gregorio (active in the first half of 14th century in Siena). He was an artist from the Sienese school of sculptors formed in Siena under Nicola and Giovanni Pisano in the 13th- and 14th-centuries.

On each side of the Arca are episodes of the saint’s life.