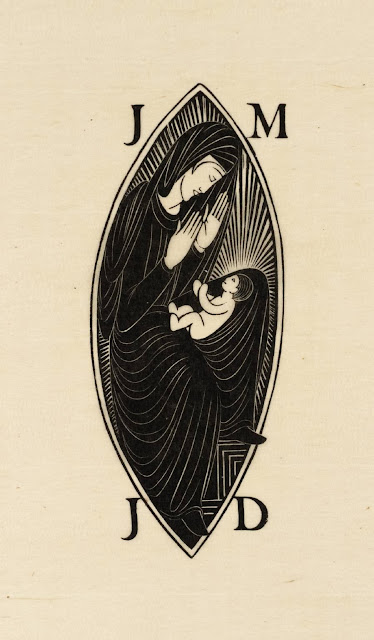 
The vesica piscis or almond (mandorla) is a symbol of ogival shape which appears when  two circles of the same radius, intersect in such a way that the centre of each circle lies on the circumference of the other.

It has two meanings in Christian iconography

First by referring to the  fruit of the almond, and the seed in general, it is a symbol of Life

Unfortunately the cultists, the phony mystics and the New Ageists have attempted to hijack the symbolism

The similarity of the shape to "icthus", a fish is not perhaps without coincidence

As well as in religious painting the shape is also seem in architecture: for example, in a Gothic tympanum of a doorway.

Here we see the shape to full effect in a tenth century illustrated manuscript in The British Library in London: 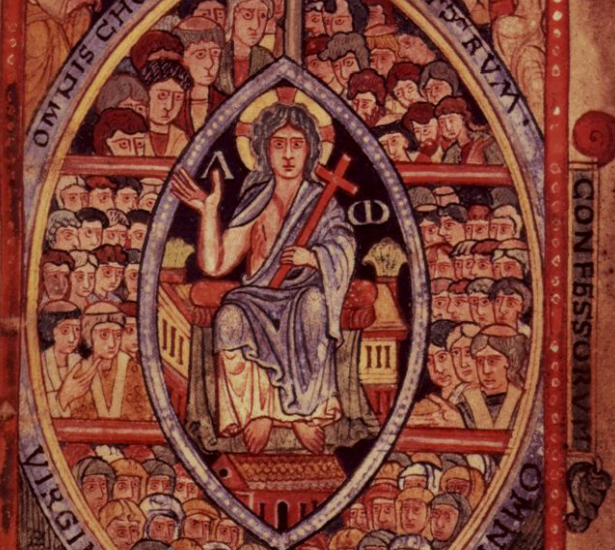 Christ Enthroned Among the Choirs of Heaven
From The Aethelstan Psalter
924
Ink and pigments on vellum
F.21r, Cotton MS Galba A XVIII
The British Library, London


Here we see   Christ seated on the heavenly Jerusalem and holding a cross, with the wound in his side and the Alpha and Omega at his shoulders.

He is borne in a mandorla, the pointed shape which indicates a 'view into heaven' and often implies vision of the Second Coming.

The ranks of the choirs of martyrs, confessors, and virgins, identified by labels, surround him

The almond is the first flower of spring and Pope Francis has on a number of occasions spoken of the image of the almond blossom.

"This experience of faith is important. We say we must seek God, go to him and ask forgiveness, but when we go, he is waiting for us, he is there first!

This is the experience that the Prophets of Israel describe, comparing the Lord to almond blossom, the first flower of spring (cf. Jer 1:11-12). Before any other flowers appear, he is there, waiting.