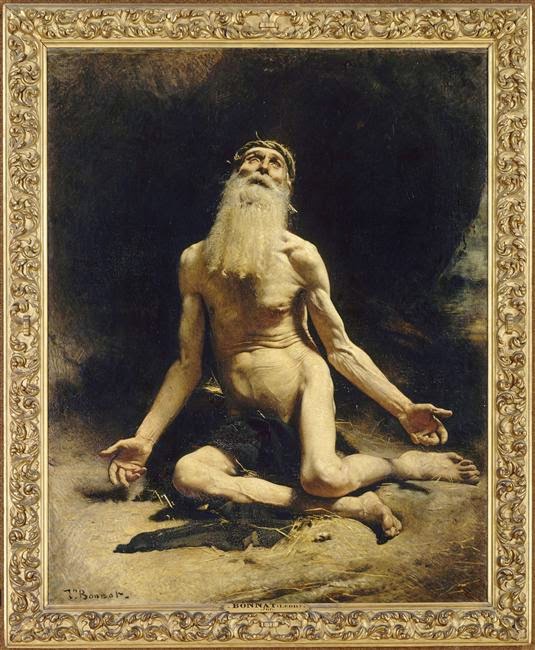 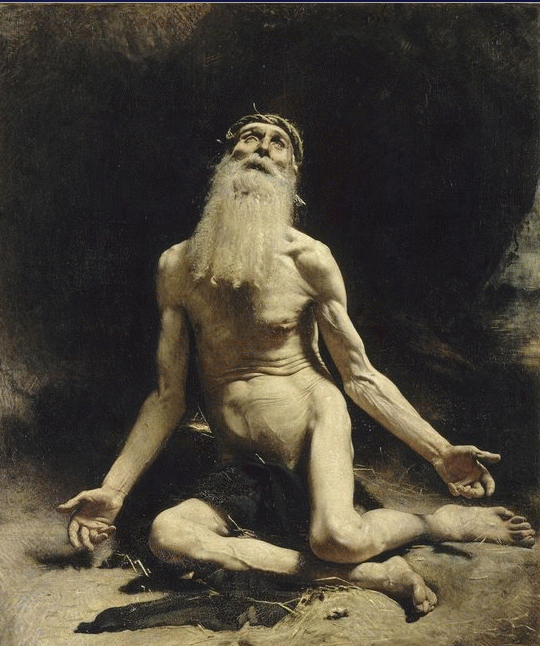 Renowned as a portrait painter, the great academician Bonnat also was responsible for a number of powerful religious works of which Job is but one

As a child he lived in Madrid and  under the tutelage of Charles Sarvy, his maternal uncle, he developed an appreciation for the Spanish Old Master paintings by Velázquez, Murillo and Zurbarán

He spent three years in Rome from 1858 after winning Second in the Prix de Rome. Here he seems to have been profoundly influenced by Michelangelo

Some of his finest religious works are from this period

"1   After this, Job opened his mouth and cursed his day.
2    Job spoke out and said:
3    Perish the day on which I was born, the night when they said, “The child is a boy!”
4    May that day be darkness: may God above not care for it, may light not shine upon it!
5    May darkness and gloom claim it, clouds settle upon it, blackness of day affright it!
6    May obscurity seize that night; may it not be counted among the days of the year, nor enter into the number of the months!
7    May that night be barren; let no joyful outcry greet it!
8    Let them curse it who curse the Sea, those skilled at disturbing Leviathan!
9    May the stars of its twilight be darkened; may it look for daylight, but have none, nor gaze on the eyes of the dawn,
10   Because it did not keep shut the doors of the womb to shield my eyes from trouble!
11   Why did I not die at birth, come forth from the womb and expire?
12   Why did knees receive me, or breasts nurse me?
13   For then I should have lain down and been tranquil; had I slept, I should then have been at rest
14   With kings and counsellors of the earth who rebuilt what were ruins
15   Or with princes who had gold and filled their houses with silver.
16   Or why was I not buried away like a stillborn child, like babies that have never seen the light?"

But here, Job no longer blesses God or pretends to accept his fate without complaint.

Job insists that he has done no wrong, and yet, "The arrows of the Almighty are in me, my spirit drinks in their poison; God's terrors are marshalled against me." (Job 6:4)

"38. Certainly Job could complain before God about the presence of incomprehensible and apparently unjustified suffering in the world. In his pain he cried out:

“Oh, that I knew where I might find him, that I might come even to his seat! ... I would learn what he would answer me, and understand what he would say to me. Would he contend with me in the greatness of his power? ... Therefore I am terrified at his presence; when I consider, I am in dread of him. God has made my heart faint; the Almighty has terrified me” (23:3, 5-6, 15-16).

Often we cannot understand why God refrains from intervening. Yet he does not prevent us from crying out, like Jesus on the Cross: “My God, my God, why have you forsaken me?” (Mt 27:46).

We should continue asking this question in prayerful dialogue before his face: “Lord, holy and true, how long will it be?” (Rev 6:10). It is Saint Augustine who gives us faith's answer to our sufferings:

“Si comprehendis, non est Deus”—”if you understand him, he is not God.”

Our protest is not meant to challenge God, or to suggest that error, weakness or indifference can be found in him. For the believer, it is impossible to imagine that God is powerless or that “perhaps he is asleep” (cf. 1 Kg 18:27). Instead, our crying out is, as it was for Jesus on the Cross, the deepest and most radical way of affirming our faith in his sovereign power. Even in their bewilderment and failure to understand the world around them, Christians continue to believe in the “goodness and loving kindness of God” (Tit 3:4).

Immersed like everyone else in the dramatic complexity of historical events, they remain unshakably certain that God is our Father and loves us, even when his silence remains incomprehensible.

39. Faith, hope and charity go together. Hope is practised through the virtue of patience, which continues to do good even in the face of apparent failure, and through the virtue of humility, which accepts God's mystery and trusts him even at times of darkness. Faith tells us that God has given his Son for our sakes and gives us the victorious certainty that it is really true: God is love!

It thus transforms our impatience and our doubts into the sure hope that God holds the world in his hands and that, as the dramatic imagery of the end of the Book of Revelation points out, in spite of all darkness he ultimately triumphs in glory.

Faith, which sees the love of God revealed in the pierced heart of Jesus on the Cross, gives rise to love. Love is the light—and in the end, the only light—that can always illuminate a world grown dim and give us the courage needed to keep living and working.

Love is possible, and we are able to practise it because we are created in the image of God. To experience love and in this way to cause the light of God to enter into the world—this is the invitation I would like to extend with the present Encyclical."

Perhaps another famous German put it more succinctly when he combined the words of Job (Job 19:25) and St Paul (1 Corinthians 15:20):

" I know that my Redeemer liveth, and that He shall stand at the latter day upon the earth.
And though worms destroy this body, yet in my flesh shall I see God.
For now is Christ risen from the dead, the first-fruits of them that sleep."

Here are some more of Bonnat`s works on Old and New Testament themes  with some of them on dark themes of human despair and grief but also on faith, hope and love triumphant 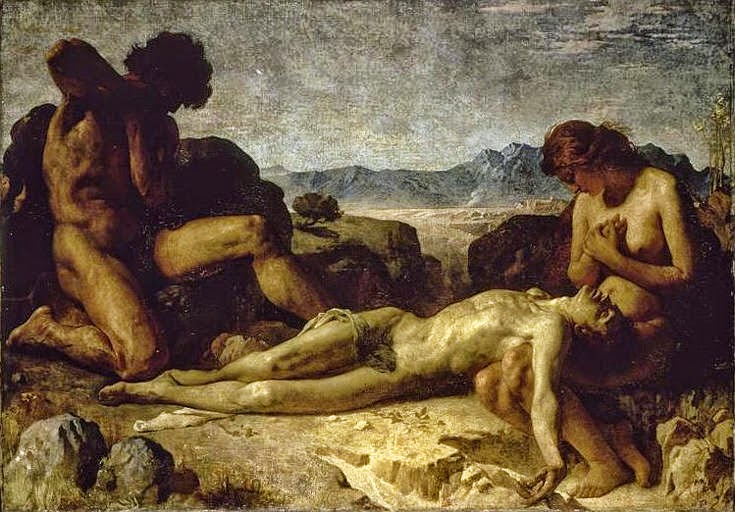 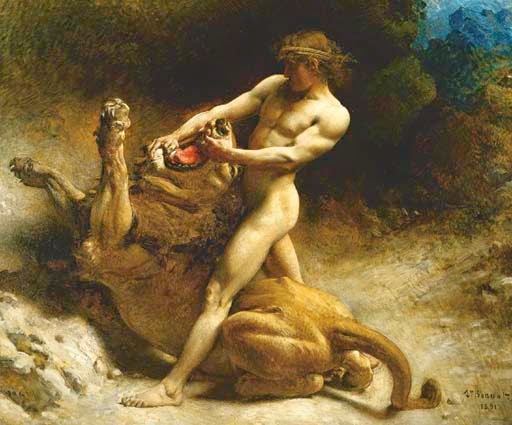 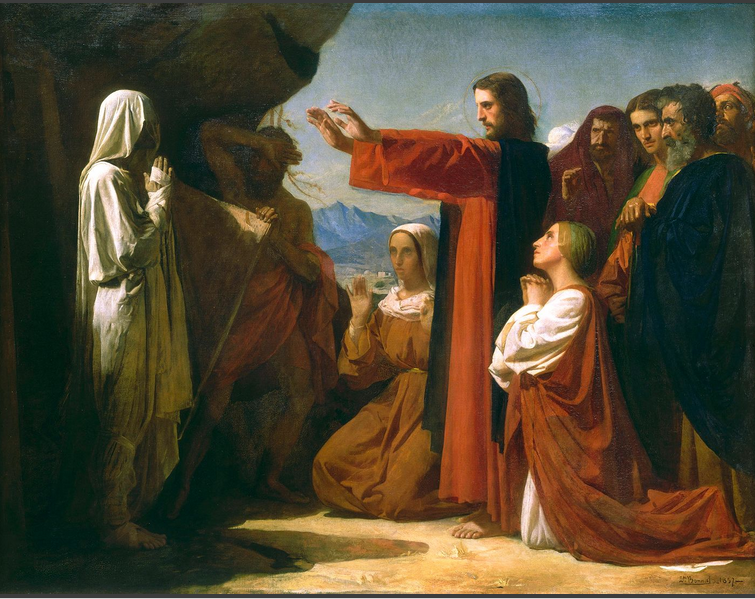 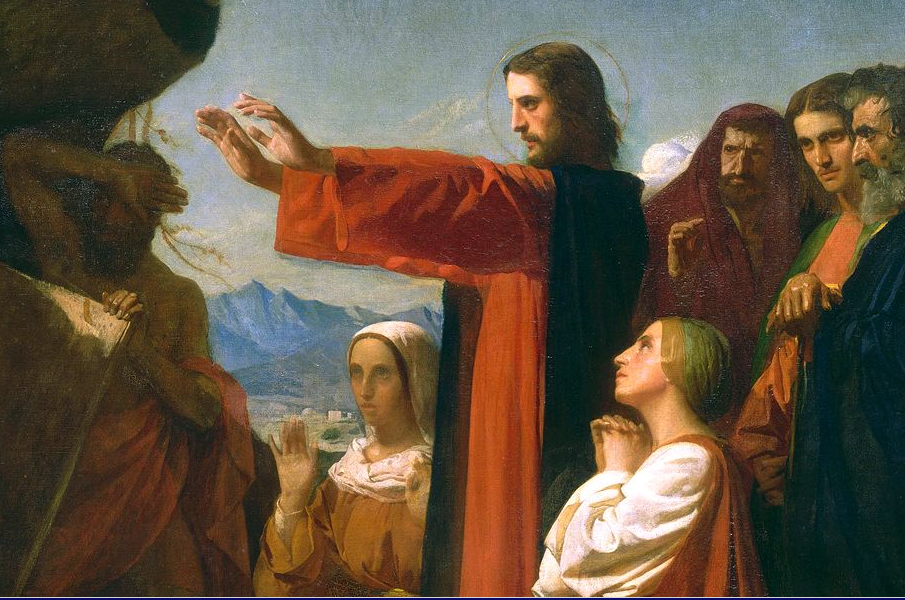 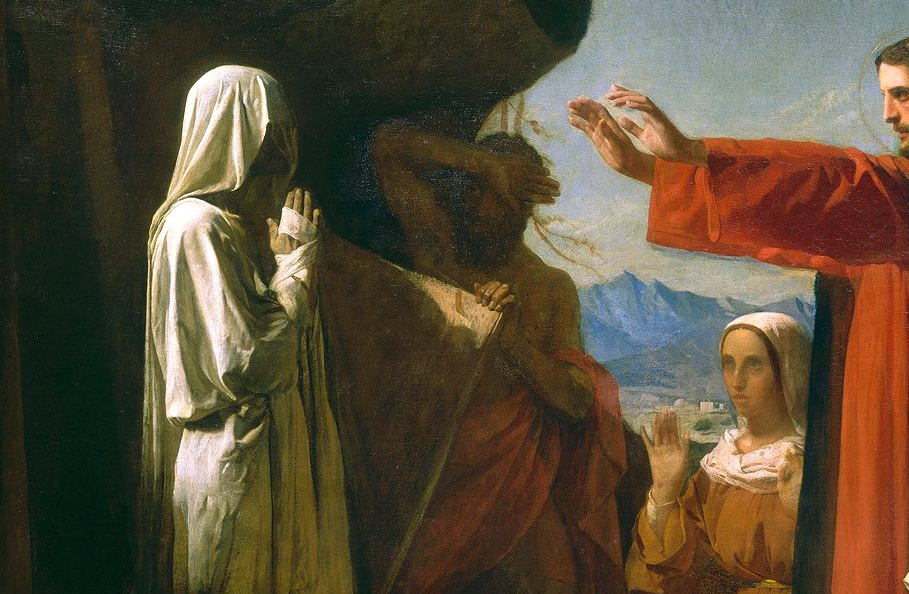 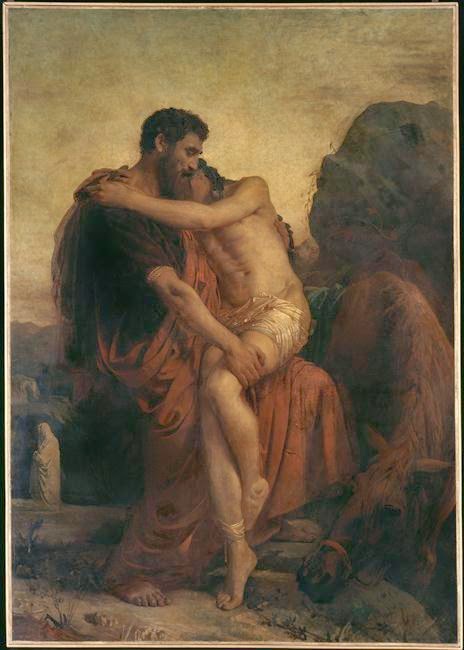 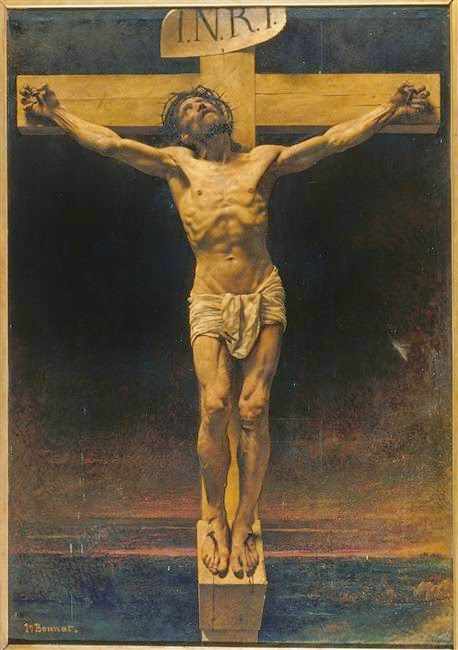 (Note. The last painting has an interesting history. The work was commissioned in 1874 for one of the court rooms of the Cour d’assise du palais de Justice de Paris. However with laïcité in 1904/5  it was taken down and put into a store room of the Museums of the City of Paris

Human justice was to supplant divine justice and mercy.)