Christ on the Cross - The Crucifixion 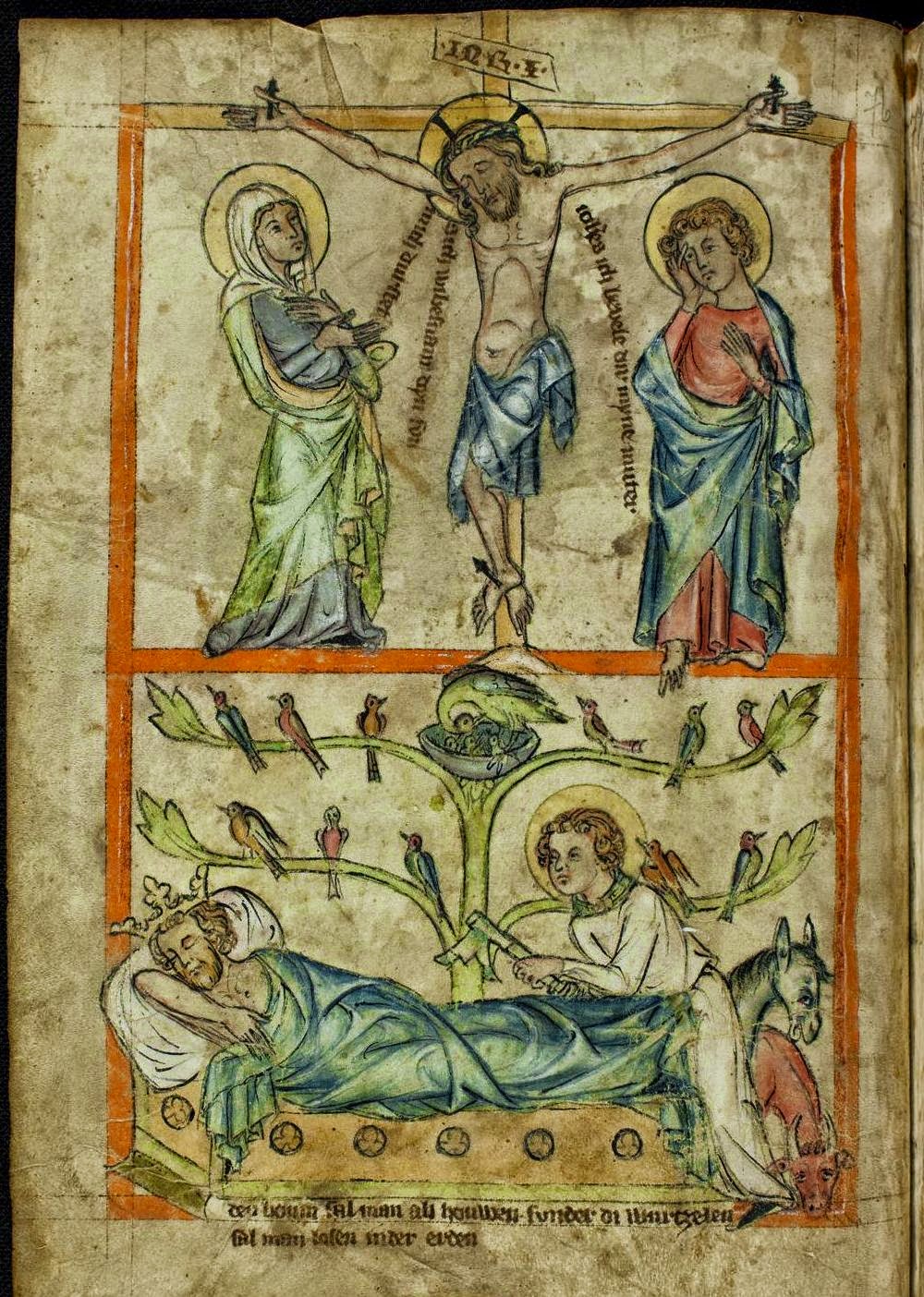 The Speculum humanæ salvationis [The Mirror of Human Salvation]  was composed in the first quarter of the fourteenth century for the use of preaching monks and clerics,

It was widely used  in the late Middle Ages.

There exist today more than 350 manuscripts in Latin and translations into Dutch, French, German, English, and Czech.

Toward the end of the fifteenth century there was hardly a library in northern Europe that did not possess an example.

The author may have been Ludolphus of Saxony  (c. 1295 – 1378), a Dominican who later joined the Carthusian Order in 1340 and wrote the Vita christi

7 “These were the visions I saw while in bed: I saw a tree of great height at the centre of the earth.

8 It was large and strong, with its top touching the heavens, and it could be seen to the ends of the earth.

9 Its leaves were beautiful, its fruit abundant, providing food for all. Under it the wild beasts found shade, in its branches the birds of the air nested; all flesh ate of it.

10 In the vision I saw while in bed, a holy watcher  came down from heaven

11 and cried aloud in these words:

‘Cut down the tree and lop off its branches,
strip off its leaves and scatter its fruit;
Let the beasts flee from beneath it, and the birds from its branches,

13 Let his mind be changed from a human one;
let the mind of a beast be given him,
till seven years pass over him.

14 By decree of the watchers is this proclamation,
by order of the holy ones, this sentence;

That all who live may know
that the Most High is sovereign over human kingship,
Giving it to whom he wills,
and setting it over the lowliest of mortals.’

15 “This is the dream that I, King Nebuchadnezzar, had. Now, Belteshazzar, tell me its meaning. None of the wise men in my kingdom can tell me the meaning, but you can, because the spirit of the holy gods is in you.”