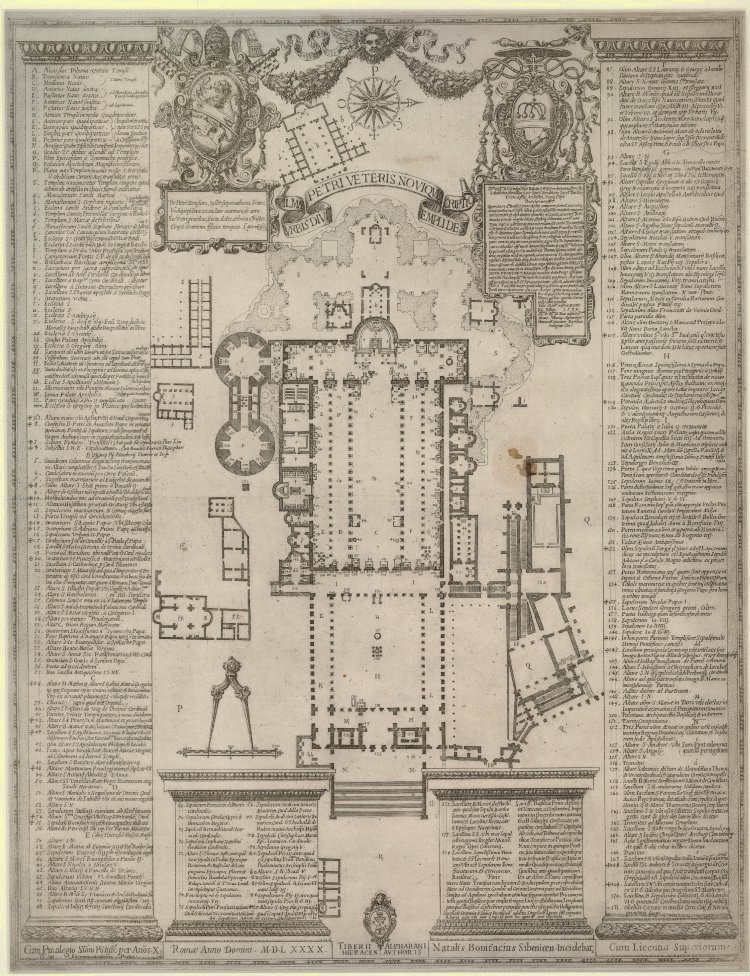 The curator of the British Museum writes of this exhibit:

"Tiberio Alfarano was one of the beneficed clergy of St Peter's from 1567, but he had probably been attached to the church in different capacities since the mid 1540s; he died in 1596. ...

[A]t  the beginning of the sixteenth century, the new church of St Peter had been rising. Large parts of the venerable early Christian church were demolished early on in the process, leaving the nave, and other parts to the East of the original transept arms still standing. As work proceeded the whole of the remainder was threatened with demolition. ...

The drawing for the present plan was corrected for changes that had occurred in 1588 - as for example the moving of the tomb of Pius V to S. M. Maggiore (Cerrati, p.xli). It was ready for Natale Bonifacio by the end of 1589 and published in 1590.

In the dedication to the Archpriest of the Basilica, Cardinal Evangelista Pallotto, Alfarano made clear that he was motivated by a desire to record accurately the form and measurements of the sacred spaces of the old basilica in relation to the new, with a view to preserving a sense of the piety and devotion due to such a venerable church. "

The exhibit is lettered with title at top, with 171 identifications keyed to the image along the sides

“the basilica is one, even though through history it appeared under diverse likenesses” (“La basilica era una sola, che nella storia era apparsa sotto strutture diverse.”) 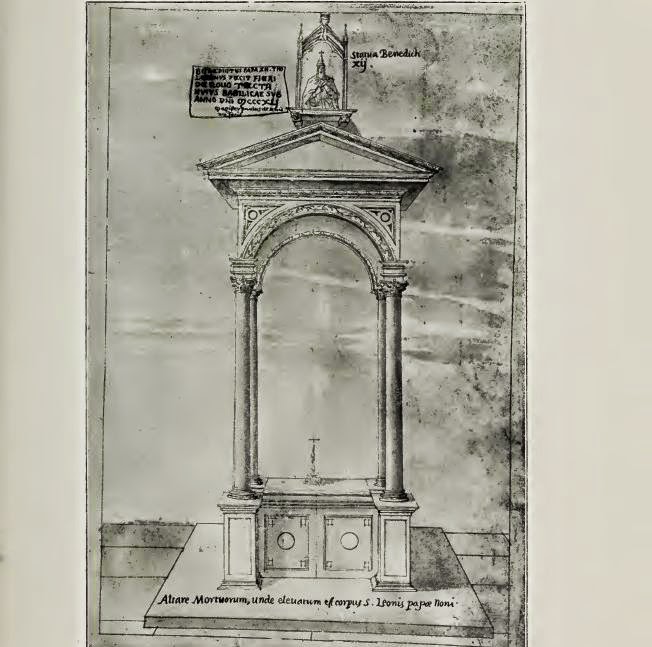 Here is the Altar of Saints Simon and Jude 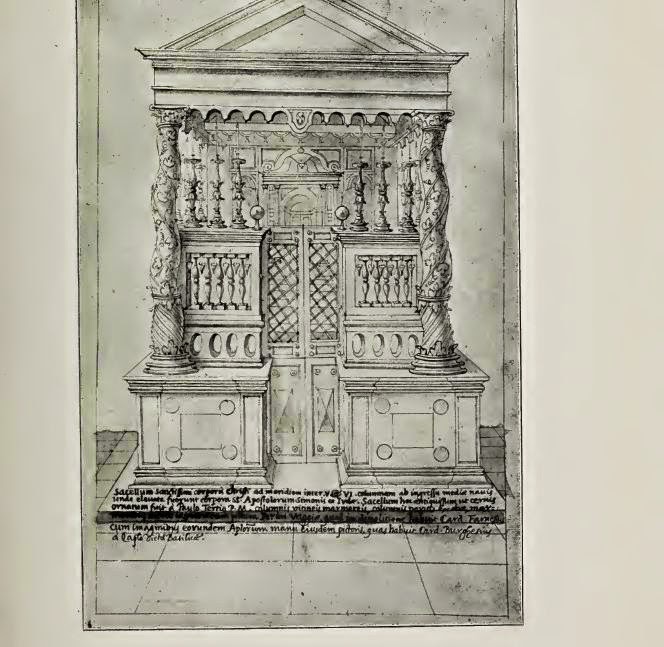 And here is the Organ of Alexander VI 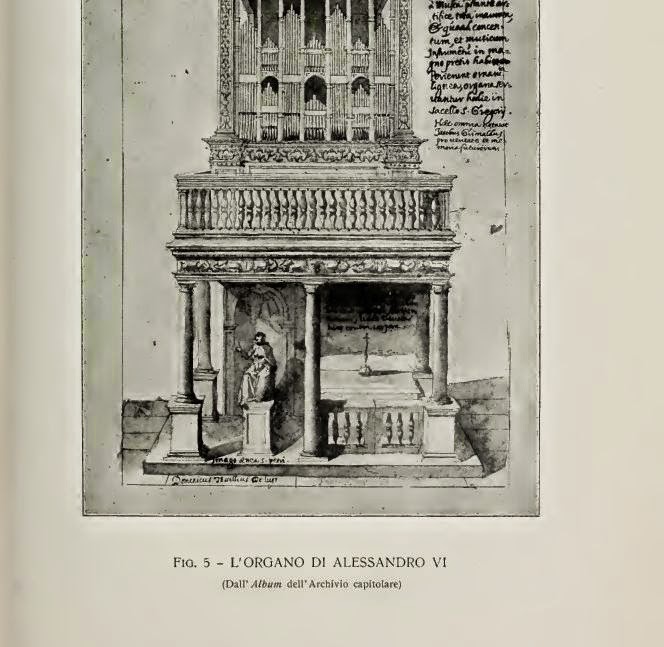 Here is the original plan of  Alfarano of 1571 (detail) 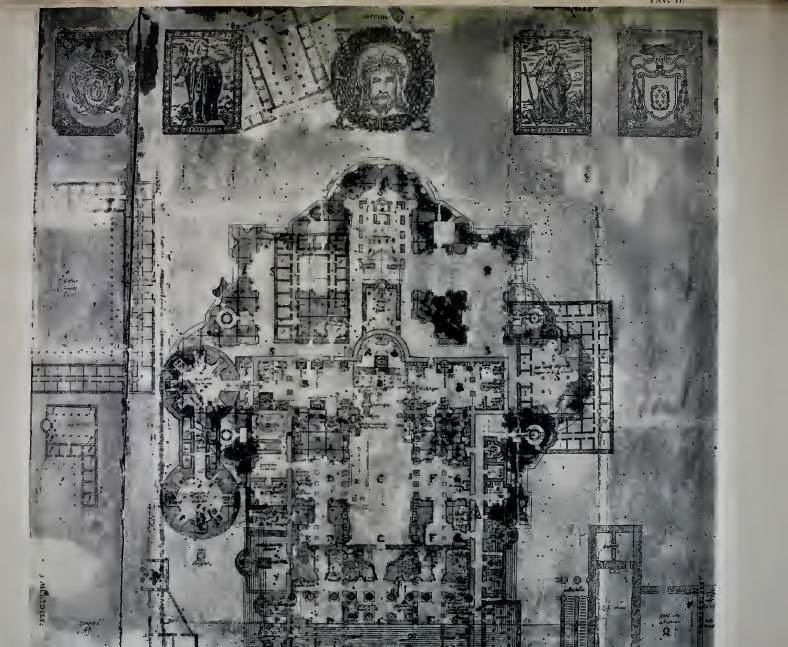 It is pleasing to learn that when Alfarano died, he in line with the custom and practice of the time was buried in the Sacristy of the Basilica

He republished an earlier work by the 12th century Petrus Mallius with notes and commentaries by himself.

Here is the title page: 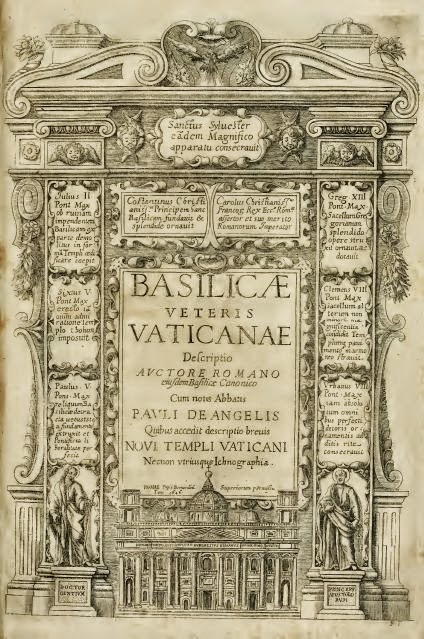 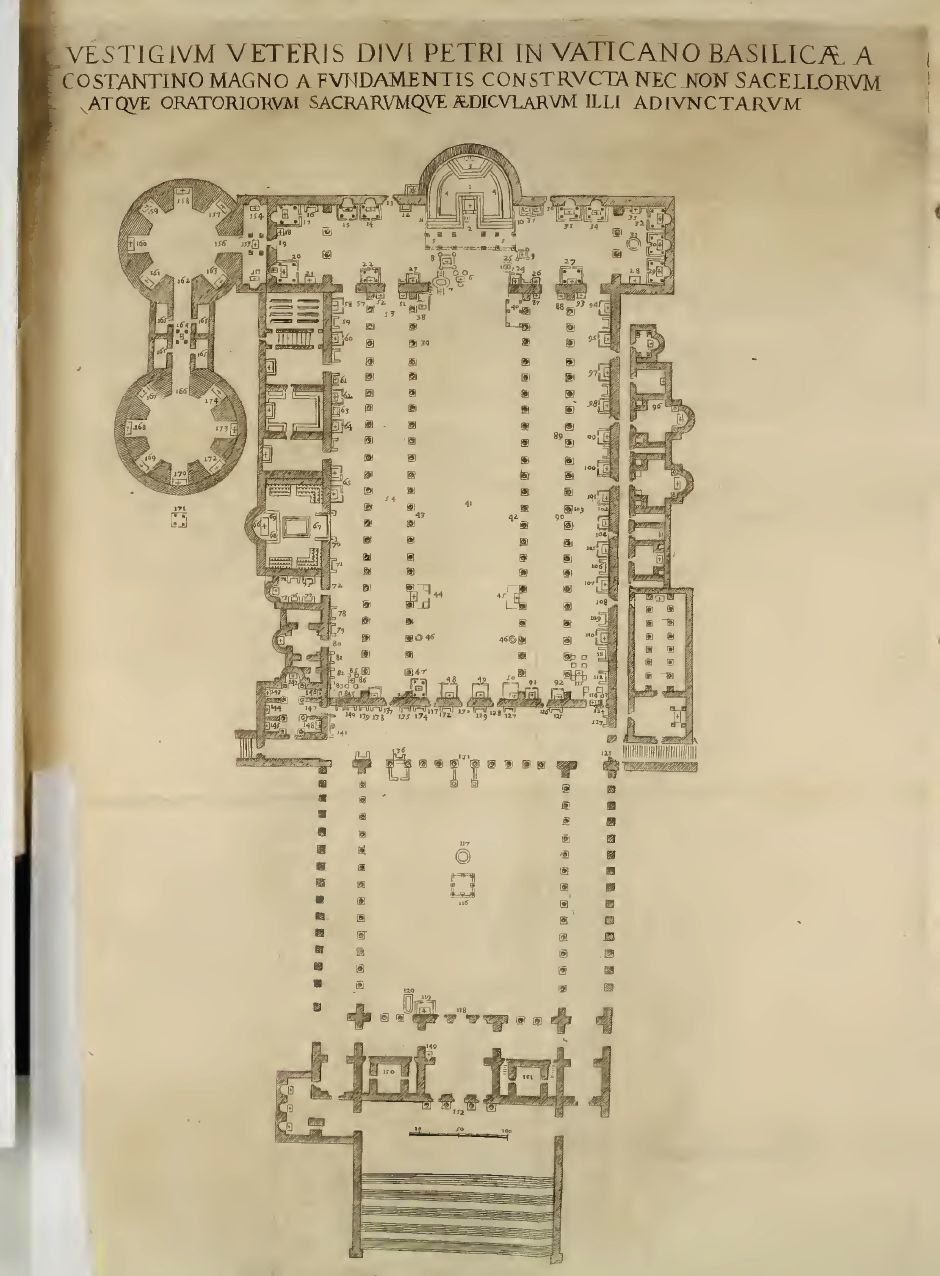 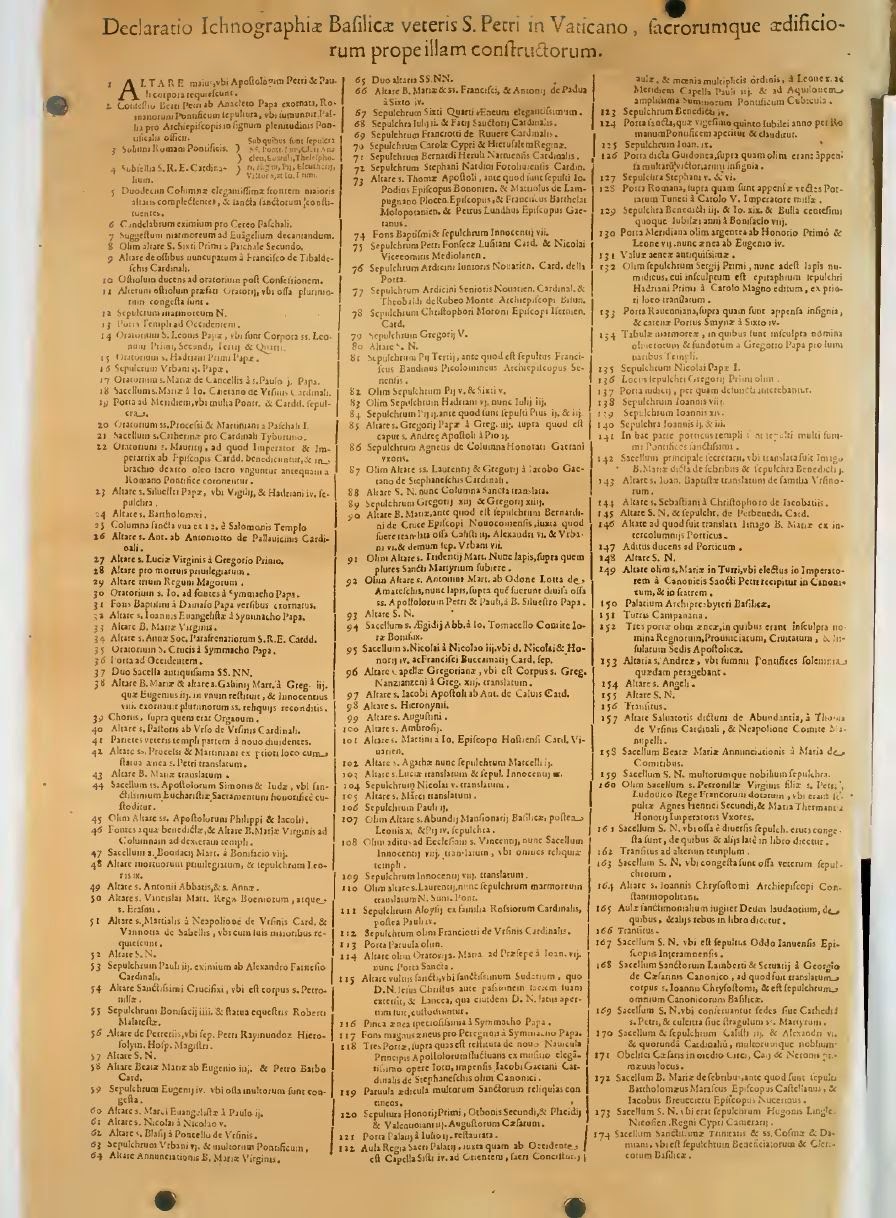 Many important tombs were destroyed at this time. For example, one was the tomb of St Zachary (Zacharias) (679 – 22 March 752), the last of the Byzantine Popes

There is extant important correspondence between Zachary and Saint Boniface, the apostle of Germany

He also restored the Lateran Palace, moving the relic of the head of Saint George to the church of San Giorgio al Velabro

And thus his epitaph: