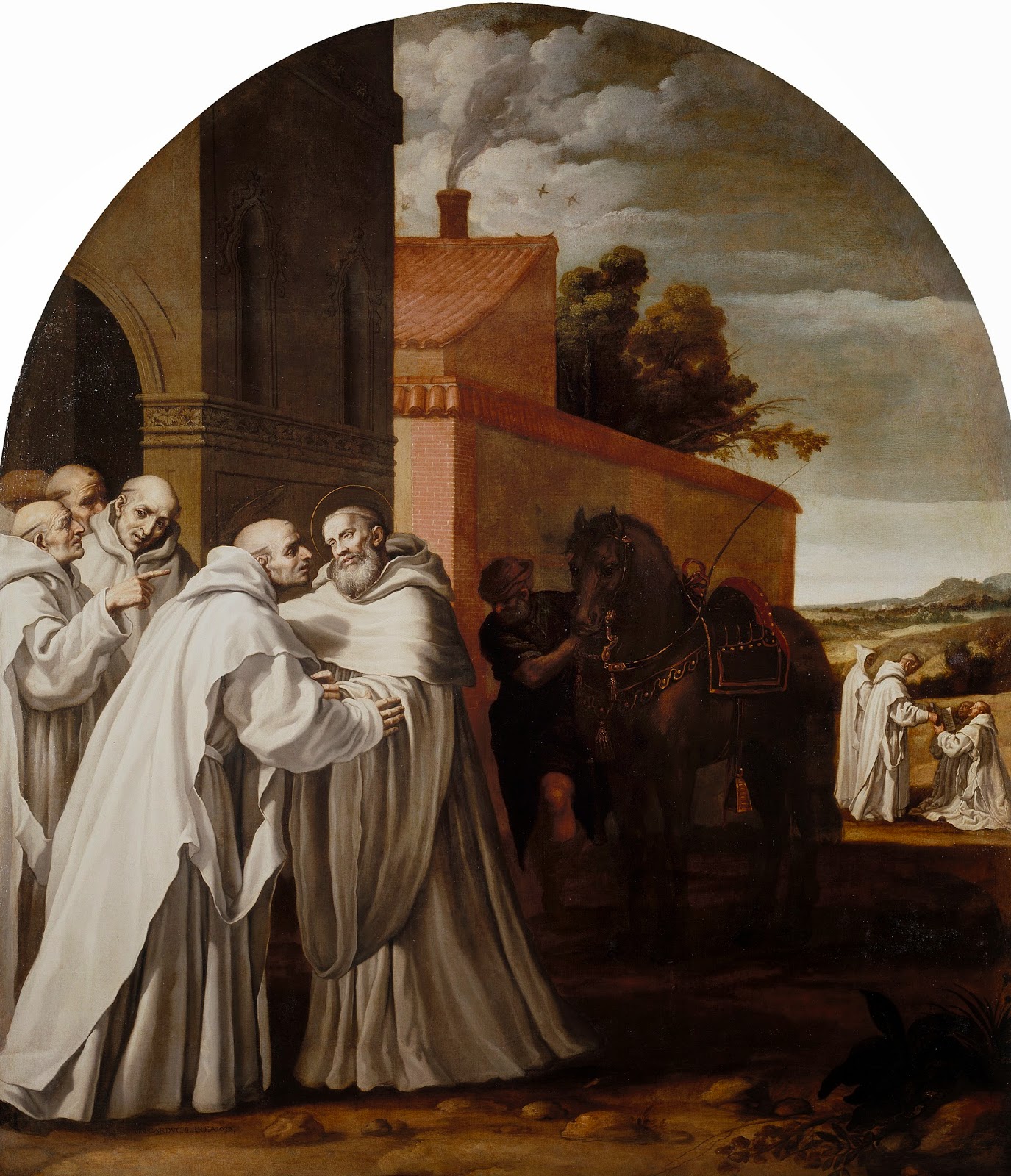 The Carthusian monk behind the cycle was one of the great Carthusians in Spain: Father Juan de Baeza (died 1641)

The works were for the large Gothic cloister in Madrid

The work records the meeting between St. Bernard of Clairvaux (1090-1153) and Guigo I (1083-1136), who wrote the Carthusian Rule. Both are located at the entrance of the Chartreuse.  The writing of the rule by Guigo was seen to be  recognized by such a great figure as as Saint Bernard of Clairvaux

Bernard of Clairvaux may well be the apotheosis of the monastic tradition in the medieval period.

In his day, he was one of the most powerful figures in Christendom. He was instrumental in securing the election of Innocent II to the papacy in preference to the antipope, Analectus II, and influenced the papacy when one of his disciples became Pope Eugene III in 1145

His sermons and writings still reverberate down the centuries 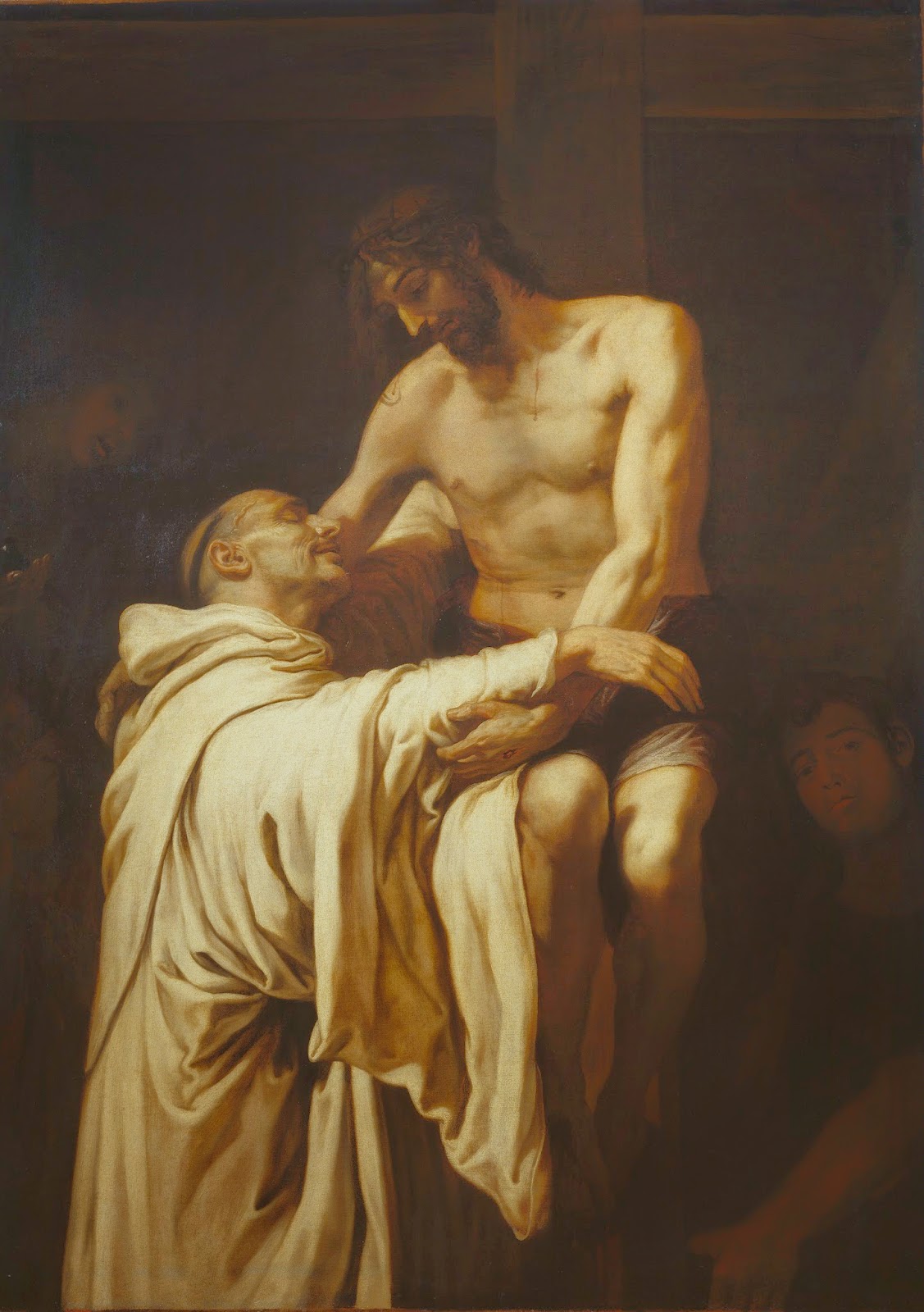 
Christ leaves the cross for a moment to embrace Saint Bernard of Clairvaux, founder of the Cistercian Order.

The scene is inspired by a mystical vision of the saint, recouted in one of the most popular devotional books of the Baroque period: Flos Sanctorum, or Book of Life of the Saints  by Peter Ribadeneyra and published in 1599.

St Bernard  was the first to formulate the basic principles of mysticism, and laid the foundations of mysticism as a spiritual body of doctrine of the Catholic Church

In "De amore Dei" (De Diligendo Deo) St. Bernard shows that the manner of loving God is to love Him without measure and gives an account of the different degree of this love

""The reason for loving God," he says, "is God; the measure of this love is to love without measure."

"O holy and chaste love! O sweet and soothing affection! . . . It is the more soothing and more sweet, the more the whole of that which is experienced is divine. To have such love, means being made like God."

And also: "It is good for me, O Lord, to embrace Thee all the more in tribulation, to have Thee with me in the furnace of trial rather than to be without Thee even in heaven." 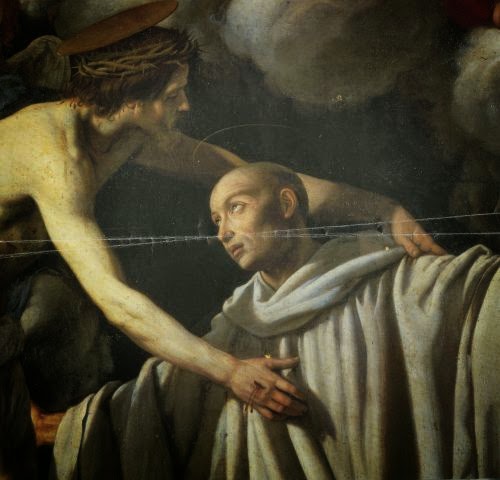 Below  we see the statue of St Bernard in the  Cathedral of St Vaast  in Arras, Pas-de-Calais, France. It was executed by the French sculptor François Jouffroy 1806 - 1882  as one of eight marble statues originally destined for  l'église Sainte-Geneviève in Paris before it was taken over, secularised  and became the Panthéon 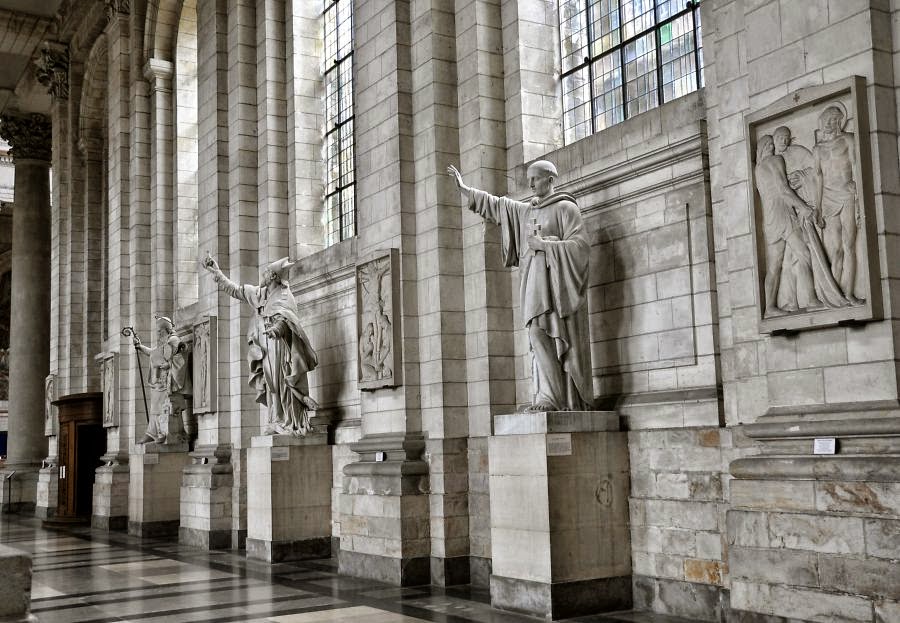 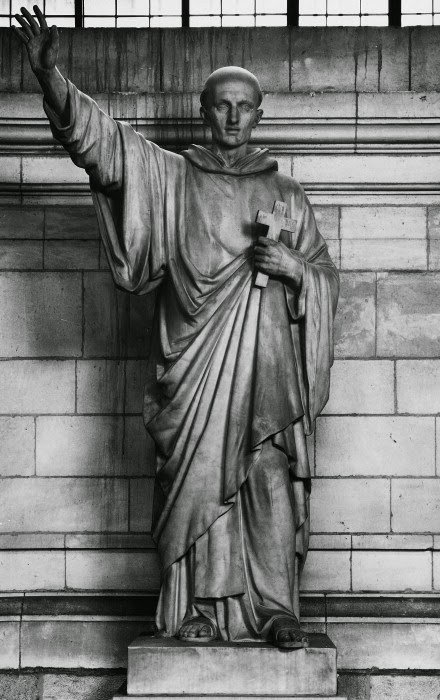 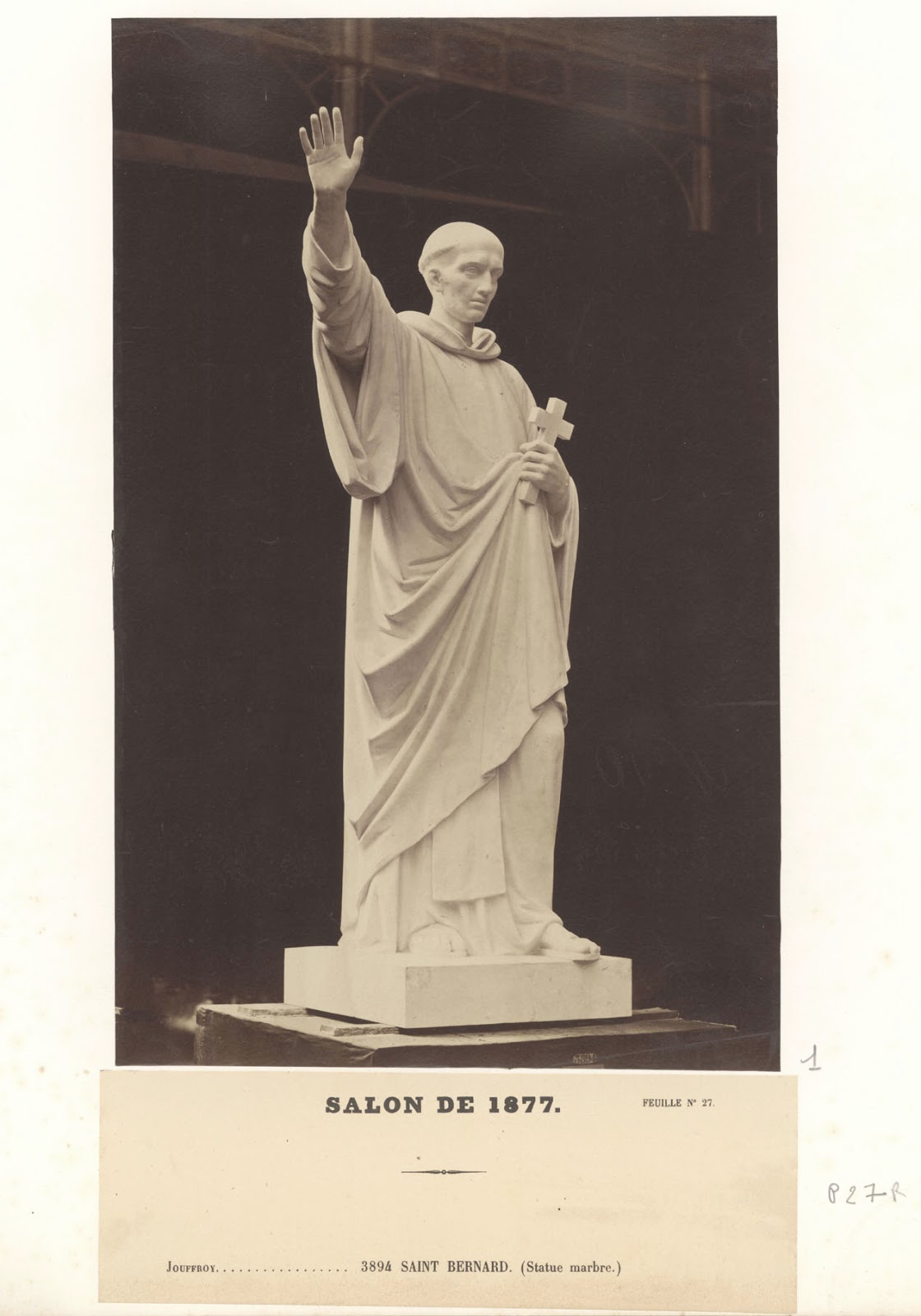 The saint was born in a chateau near Dijon, beside a village now known as Fontaine-lès-Dijon

He was born into a family of saints

His mother Alèthe de Montbard (1070-1107) is considered a saint and in 1250 her remains were translated to lie beside those of her son, St Bernard, in the monastery of Clairvaux

Here is a .pdf file on what is now the site of the birth place of St Bernard of Clairvaux, which has now become a place of pilgrimage once again