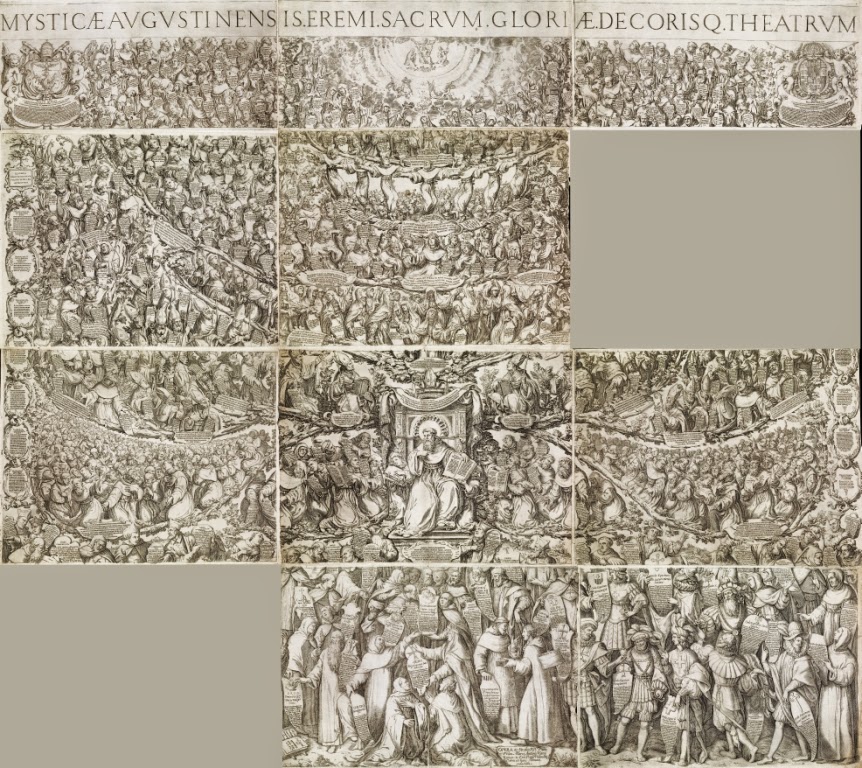 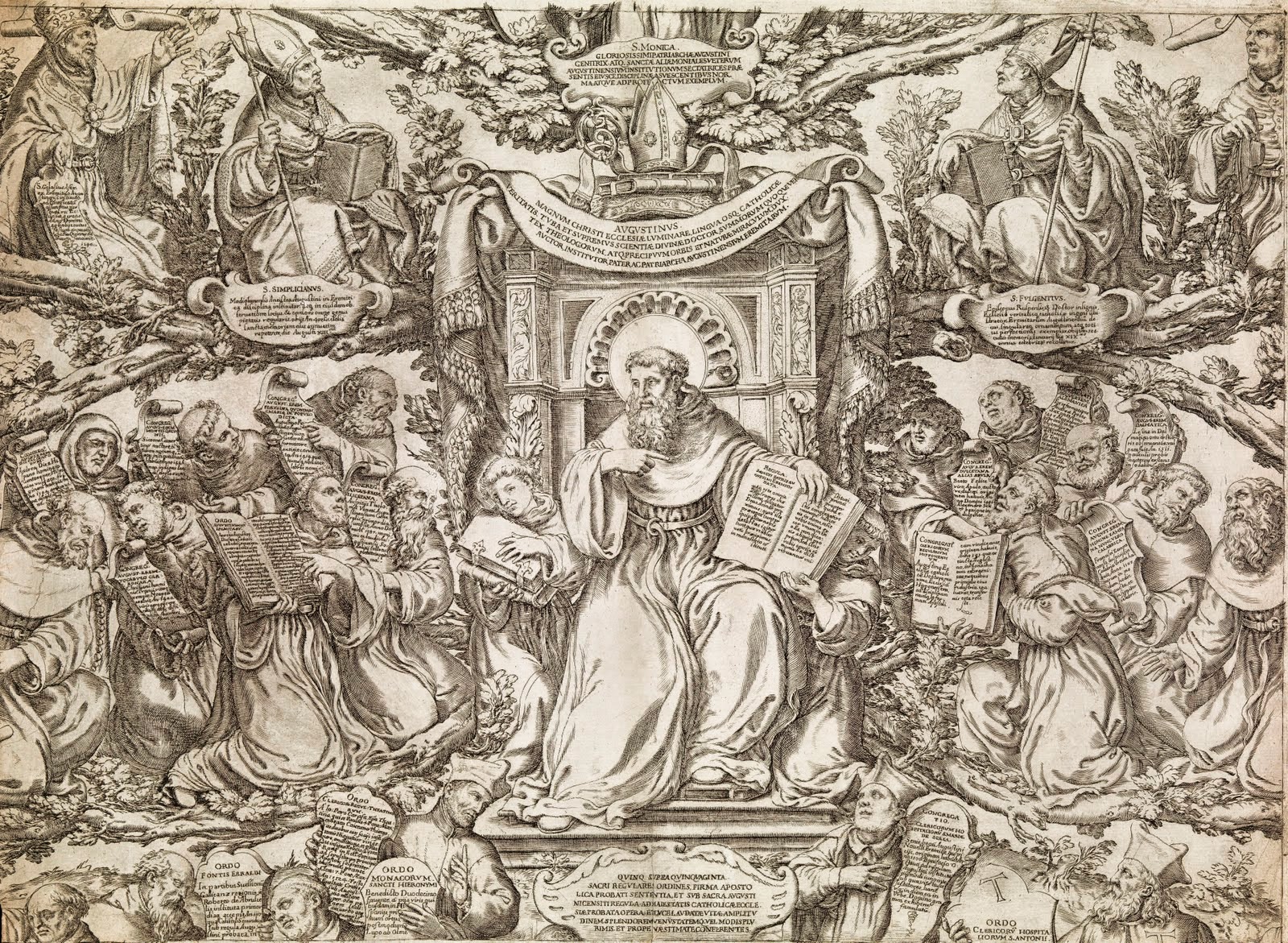 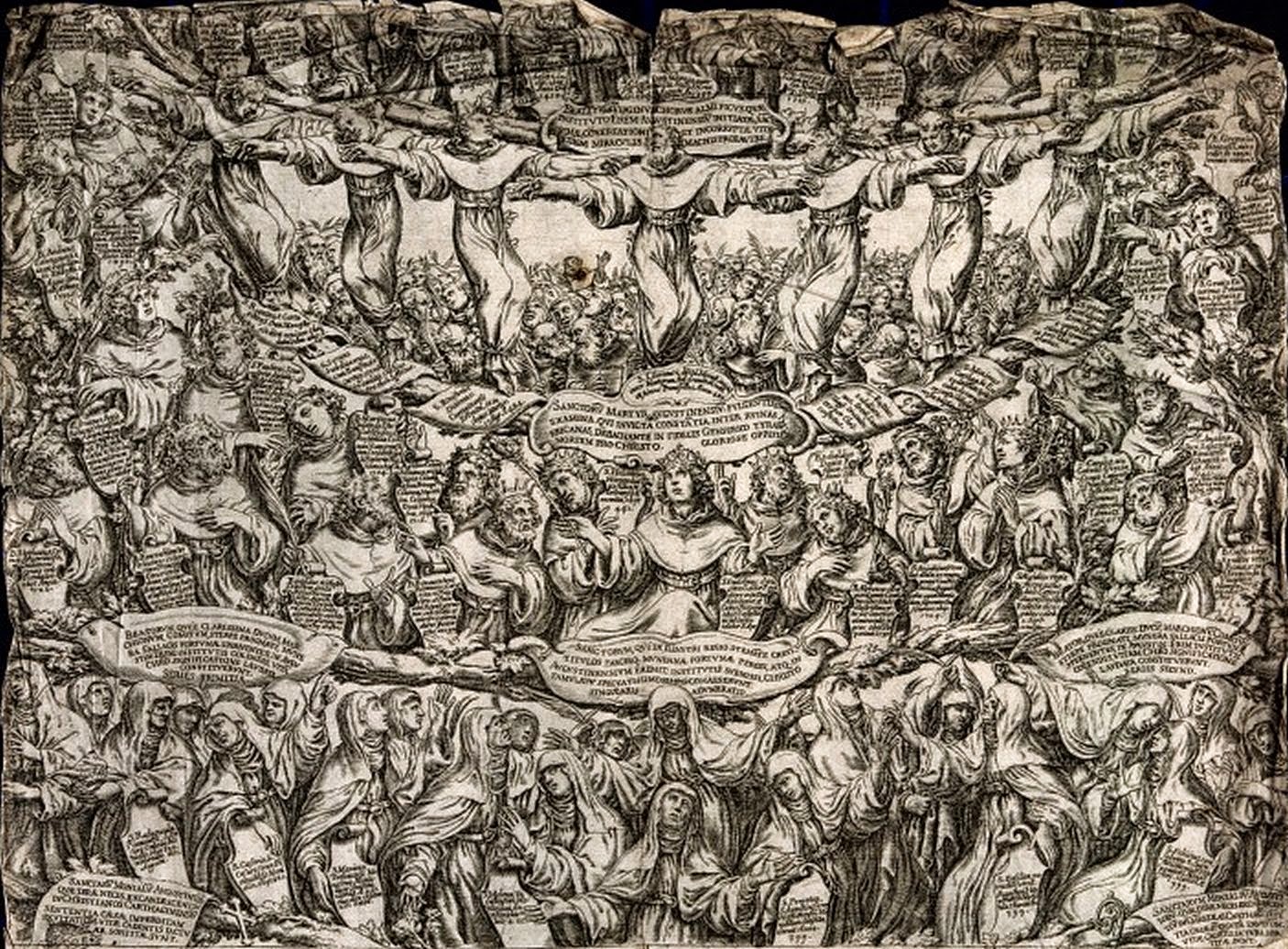 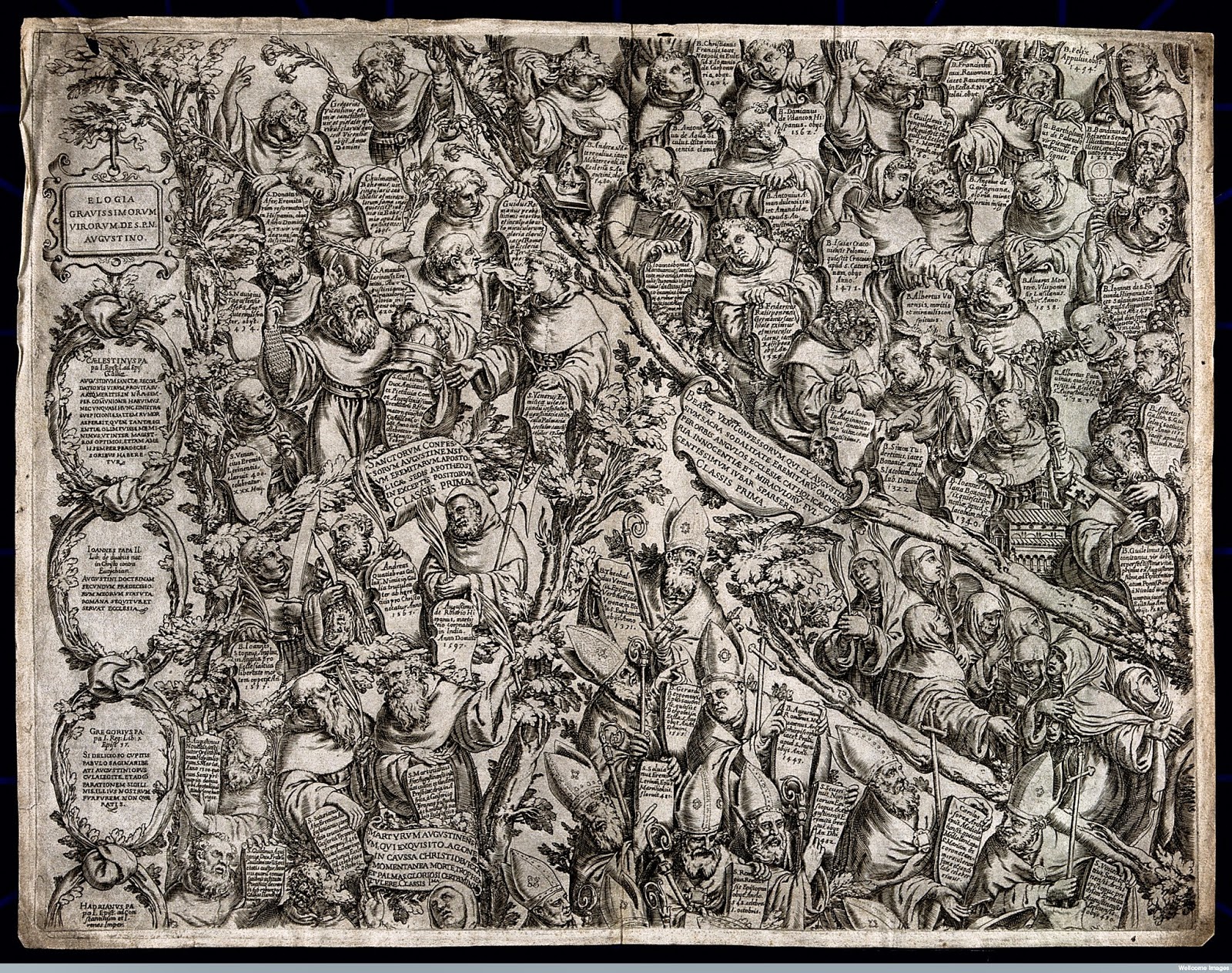 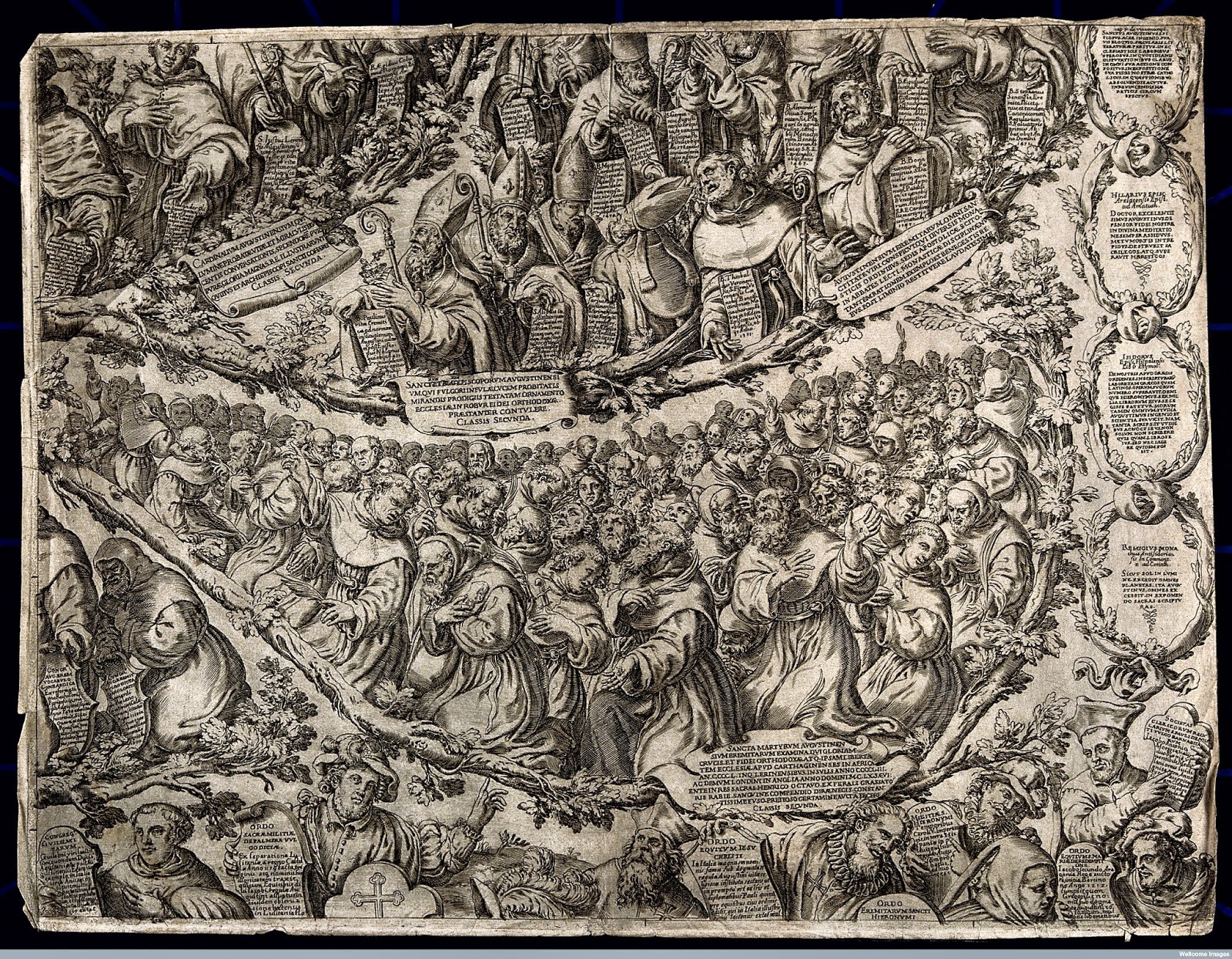 
The Wellcome Library blog in its article Hermitage and heritage: Augustinians in history displays a gigantic etching (approx 145 x 160 cm.) produced on twelve plates in 1614 by the Italian engraver Oliviero Gatti

It is entitled Mysticae Augustinensis Eremi sacrum gloriae decorisq. Theatrum (“Sacred display of the mystic glory and distinction of the Augustinian hermitage”). It is also called Arbor augustiniana (“The Augustinian tree”).

It was commissioned by two Augustinian friars, P. Abbate Marc'Antonio Viani (from Bologna) and Paulus Vois Wadowita (from Wadowice in Poland) (d. 1616), historian and theologian

In the work Saint of Augustine of Hippo sits holding the Rule of his Order. Around him are representatives of the sacred and knightly orders associated with him, saints and martyrs, and eminent Augustinian friars and nuns, as well as  his mother, Saint Monica

They depicted scenes of the life of St Augustine.  Each plate  had verses below the image

Bolswert was among the second generation of engravers working for the painter Peter Paul Rubens in Antwerp. He received his first artistic training in the workshop of his brother Boetius (1580–1633). 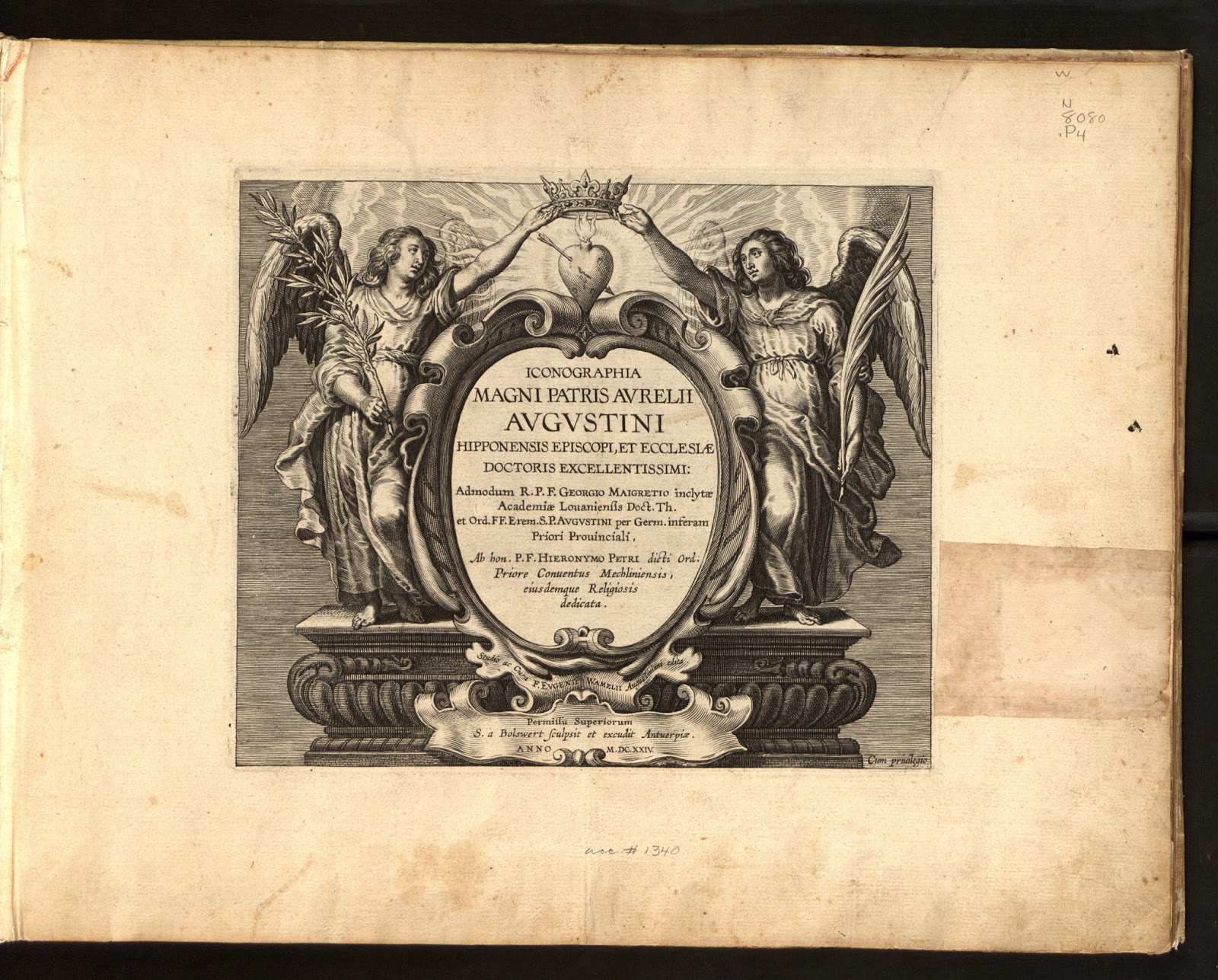 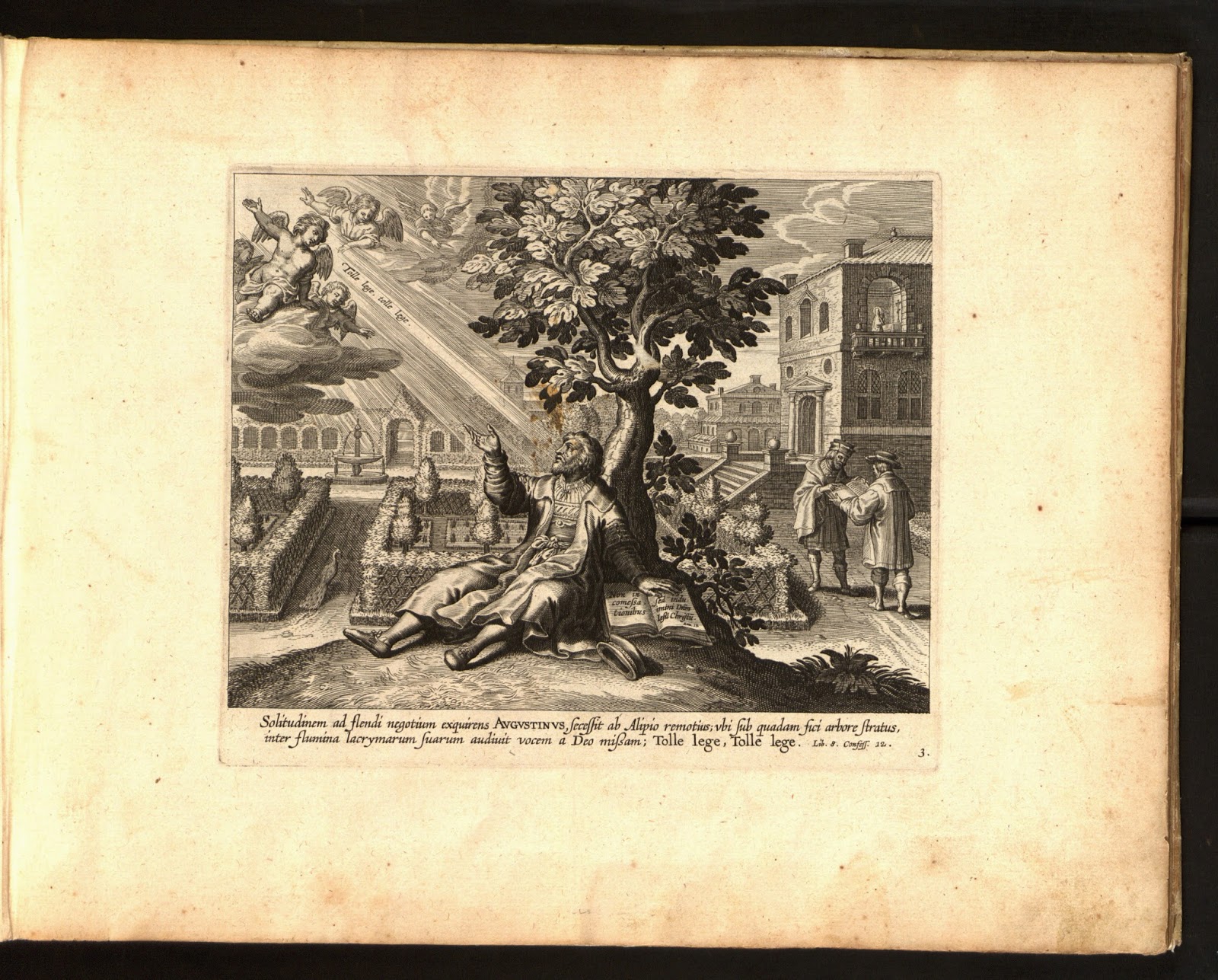 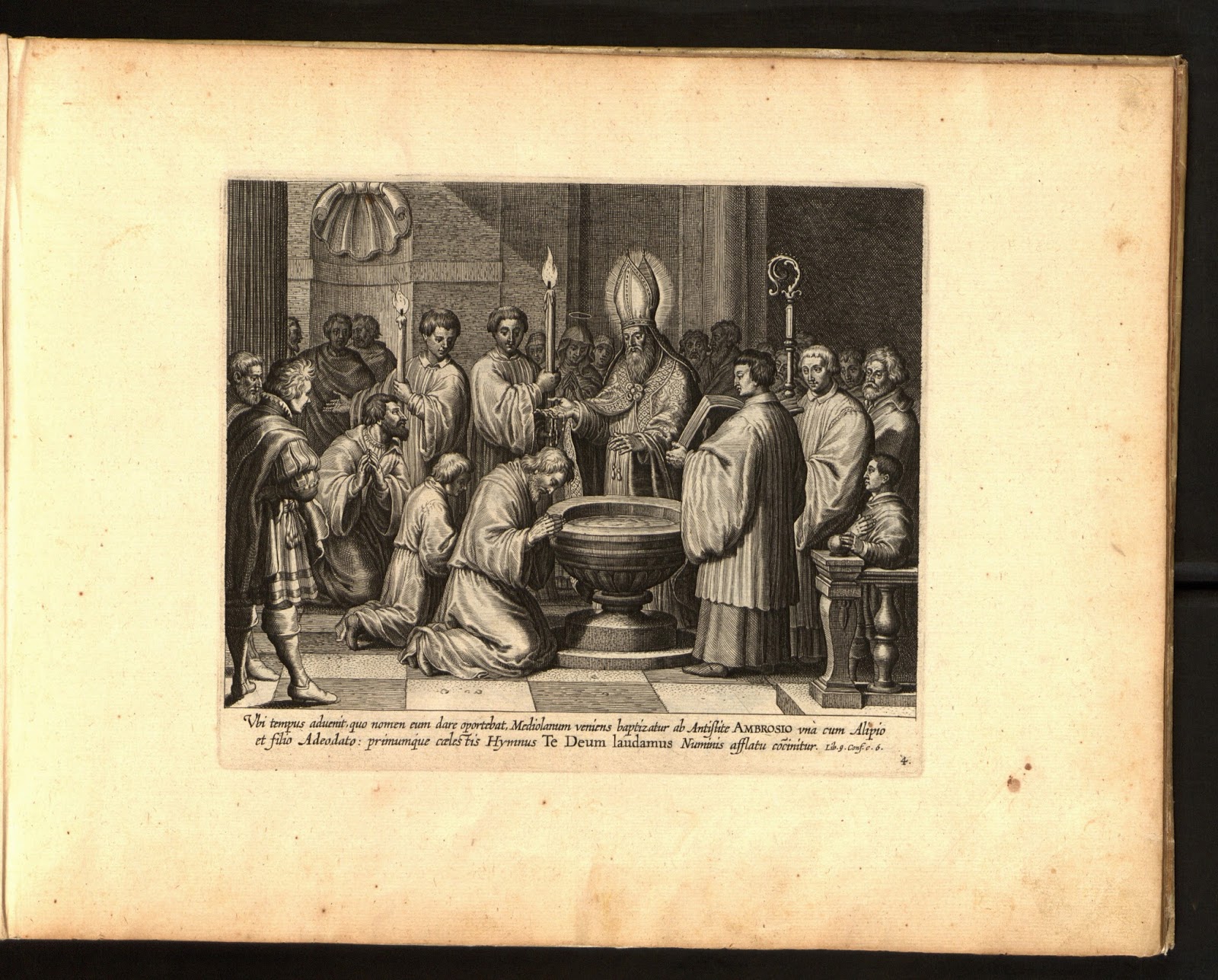 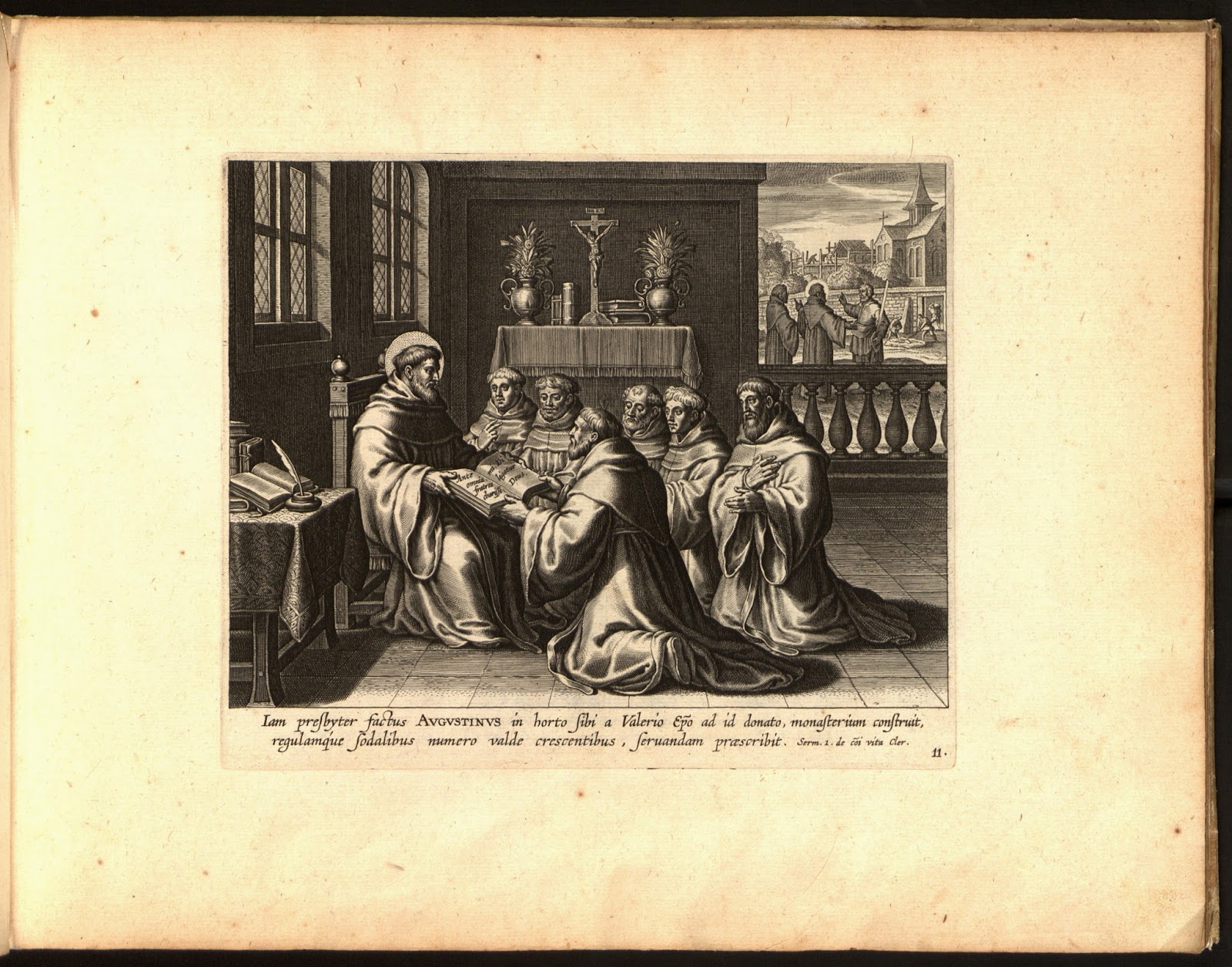 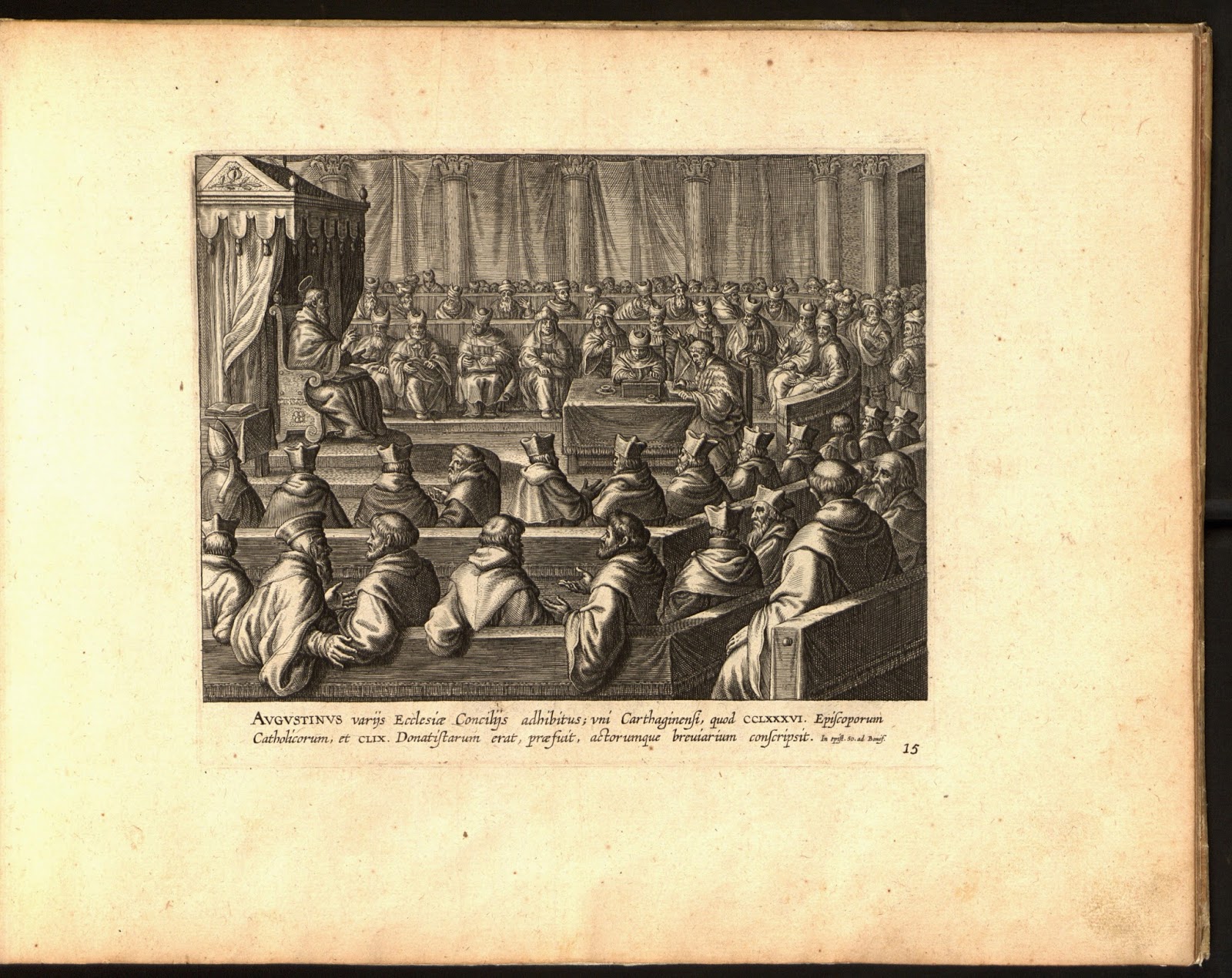