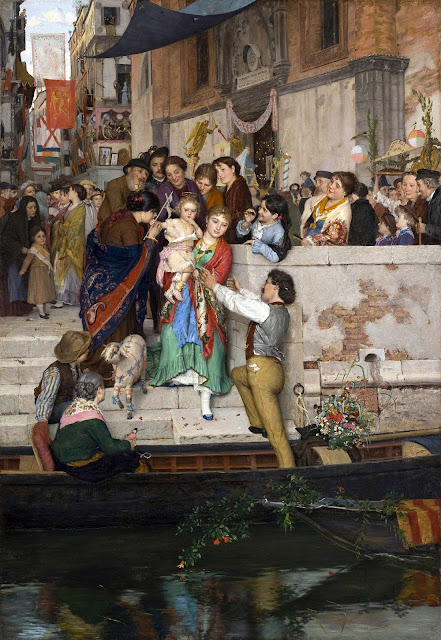 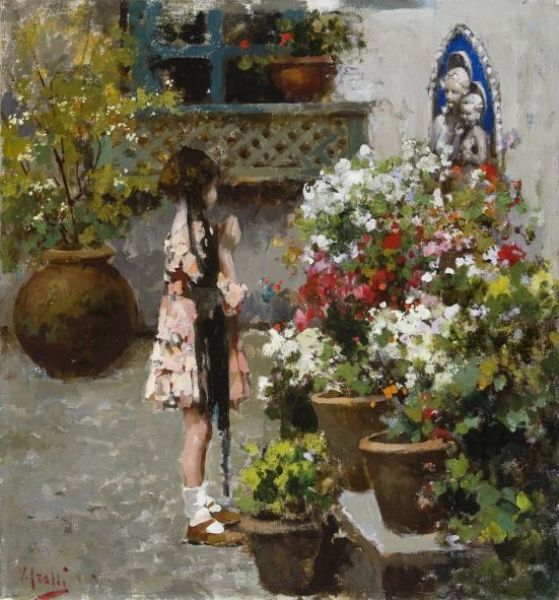 
Much of nineteenth century Italian art is not appreciated outside Italy. Some regard a lot of it as too much of the “chocolate box” school of art.

The prejudice against it is still with us. The balance of opinion is still in favour of a more austere and abstract composition. We prefer more intellectual, ideological  works. Such works as above appear to be too “simple”

But there is no mistaking the feeling and the joy and happiness which are at the root of such works.

As pictures they are pleasant company if they hang on walls of houses and seen in museums and art galleries. Yes they are sentimental and the emotion is not purified and refined.

But they depict every day people going about their lives. They are not pictures of despair and misery but happiness. And the intent is to communicate that happiness

True, the artists are what are called painters of portraits and genre scenes. But alongside intense maternal figures, portraits of children and colourful scenes of everyday life, they also depicted religious subjects. Religion was part of Italian life at the time. It suffused the culture or cultures. One was either with it or against it or, in some cases, both. One could not ignore it. However it such art did not and does not seem to travel well outside Italy. It is perhaps bound in space and time

Some artists of the time were Symbolists; others were Decadents; others were members of other Groups or refused to join Movements or ideological clubs. It could get like the Guelphs and the Ghibelines; or the Zelanti and the Modernists.  All movements had, of course, Manifestoes.

The pictures above are from an exhibition in a gallery in Milan, Italy called Bottegantica

The exhibition is entitled OTTOCENTO VENETO da Favretto a Zandomeneghi (Veneto in the Nineteenth century: From Favaretto to Zandomeneghi)