The Underside of the Baroque 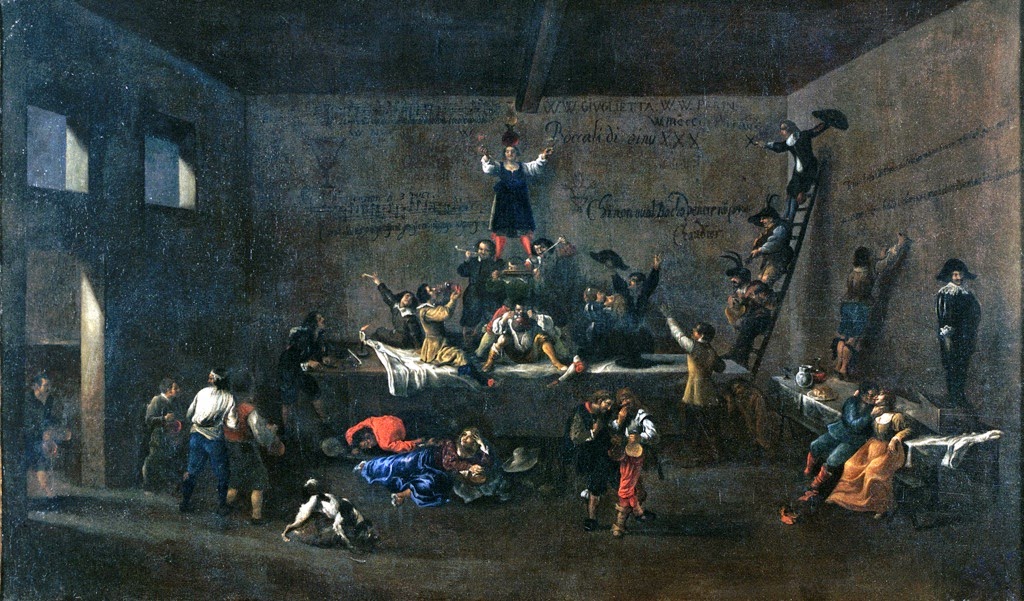 This is a Burlesque painting about Dutch Artists in Rome in 1624-5, the middle of the Baroque era

The Schildersbent or The Bentvueghels (Dutch for Birds of a Feather)  was a fraternity of Dutch and Flemish artists in Rome. They were also known as the Bomboccianti

They dedicated themselves to Bacchus and had a raucous public persona

Van Laer`s initiation lasted 24 hours in  the tavern and was completed by a drunken procession to the Church of Santa Costanza, which reputedly contained the tomb of Bacchus There was a porphyry sarcophagus of Constantina (now in the Vatican Museums), which was stipulated by the fraternity to be his tomb because of its Bacchic motifs.

Gradually the fraternity became more established and wealthy and rather more self conscious as we can see from this anonymous work of 1660: 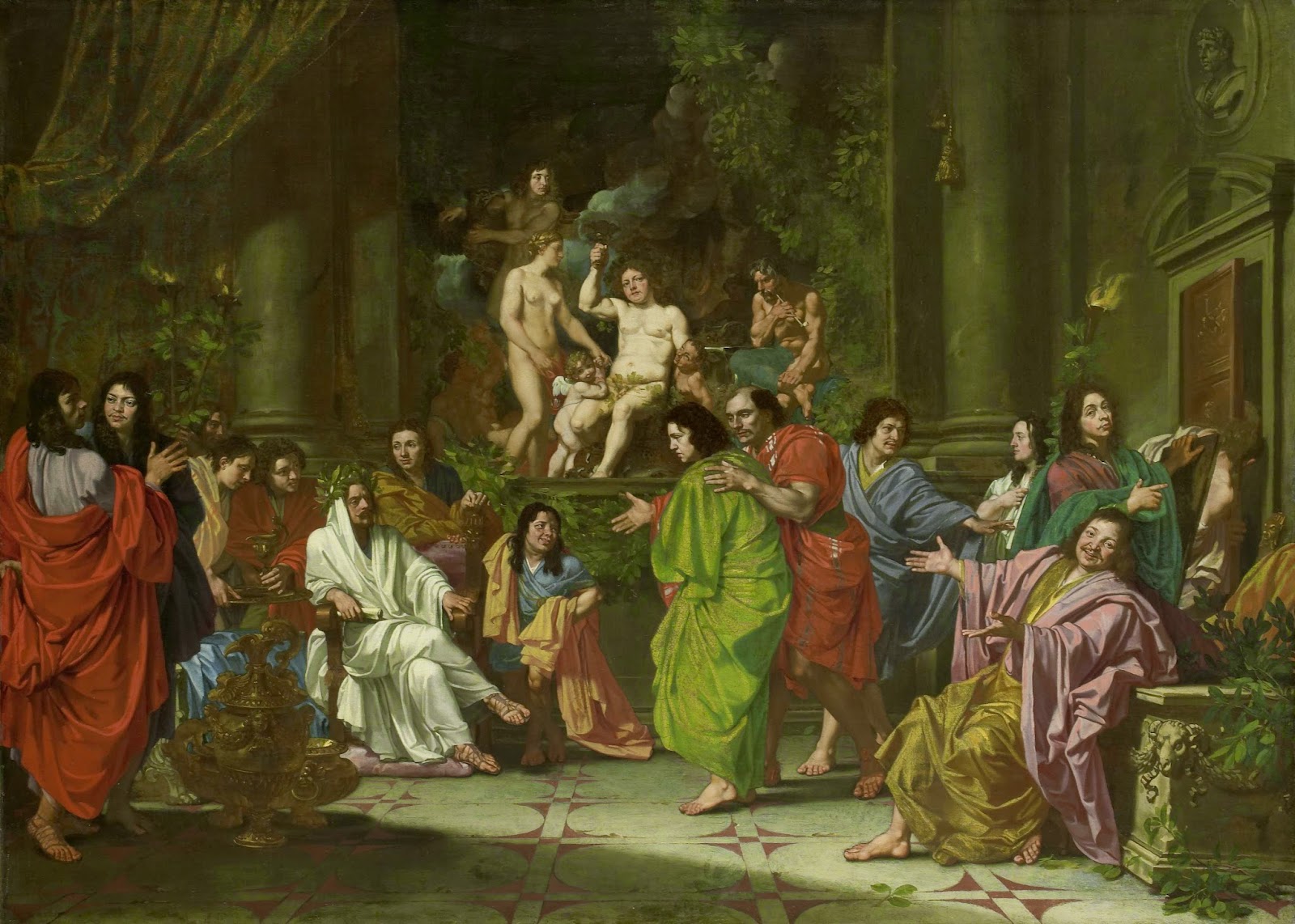 Anonymous
The inauguration of a new member of the Bentveughels Rome.
c. 1660
Oil on canvas
95.5 cm × 134 cm
Rijksmuseum, Amsterdam

The prostitutes are gone and the drinking is not so riotous

Here we see a print of a work by Dominicus van Wijnen of an initiation ceremony in about 1690 - 1700 in the later stages of the fraternity and there is a sinister edge: 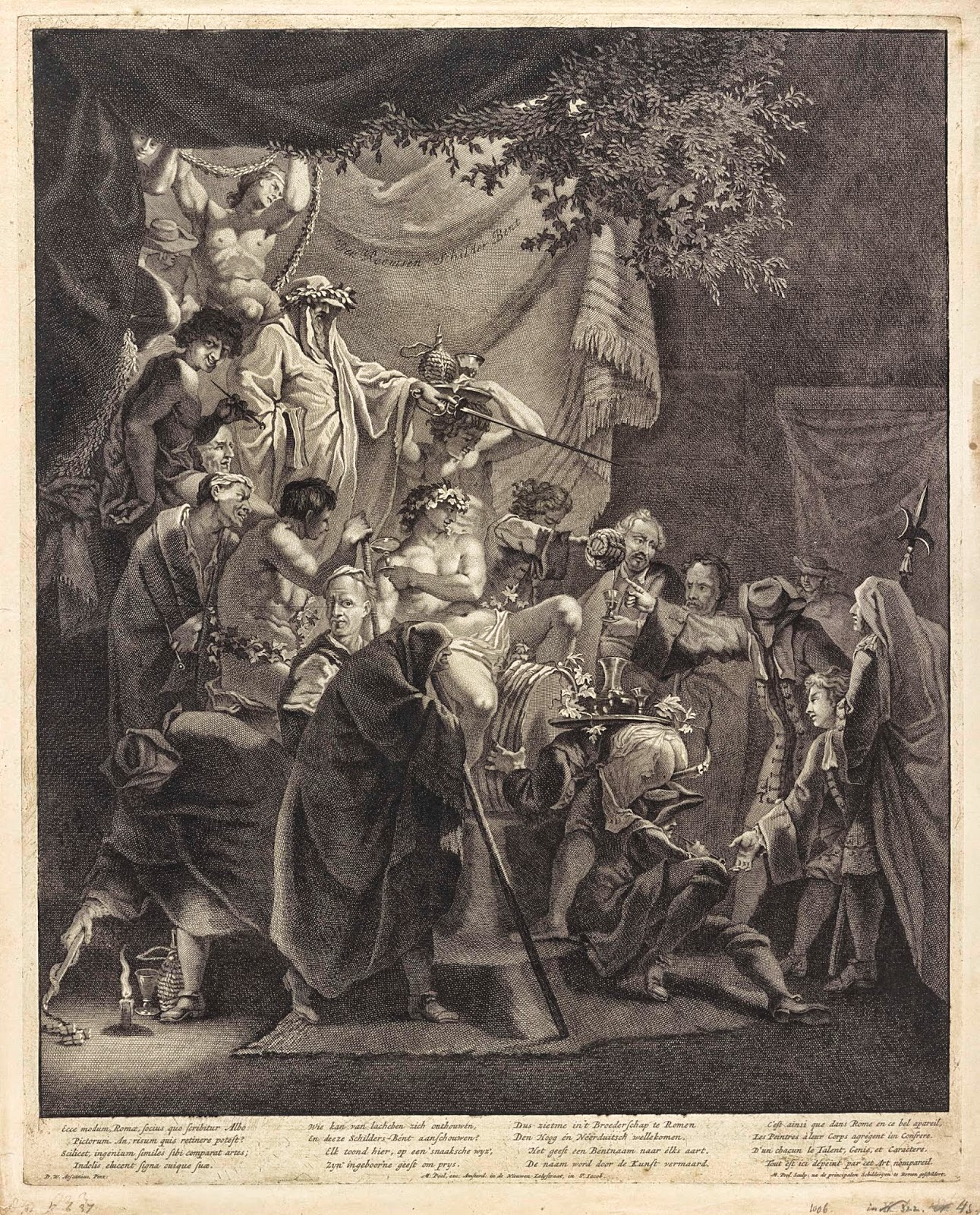 The first painting and this painting: 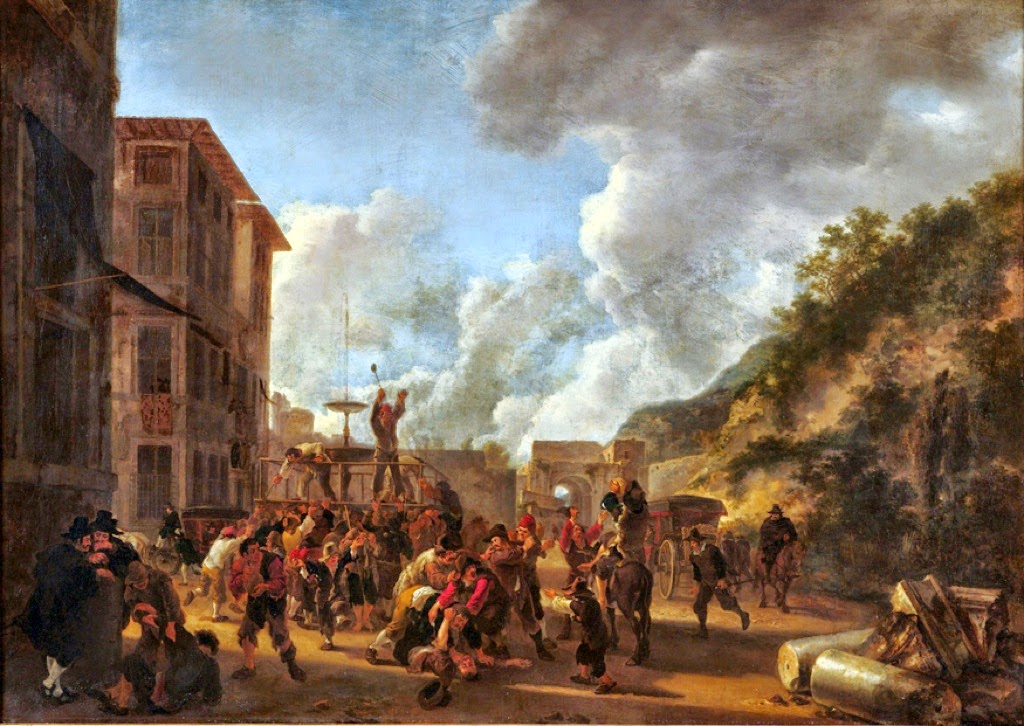 
were recently in an exhibition at the Villa Medici in Rome entitled: The Baroque Underworld: Vice and Destitution in Rome

Inspired by the Counter-Reformation, baroque used images, colours and shapes to attract the faithful

The artists in question, who flocked to the Eternal City from across Europe to hone their skills and work on projects bankrolled by a succession of wealthy popes, cardinals, the aristocracy and nobility, were all men in their 20s

They spent their everyday lives in close proximity to the poor, the marginalised and the criminal, rubbing shoulders with them in cheap lodging-houses, taverns, dark drinking dives, gambling dens and prisons.

It was the age of Caravaggio and here we see a work by the French Caravaggesque , Valentin de Boulogne 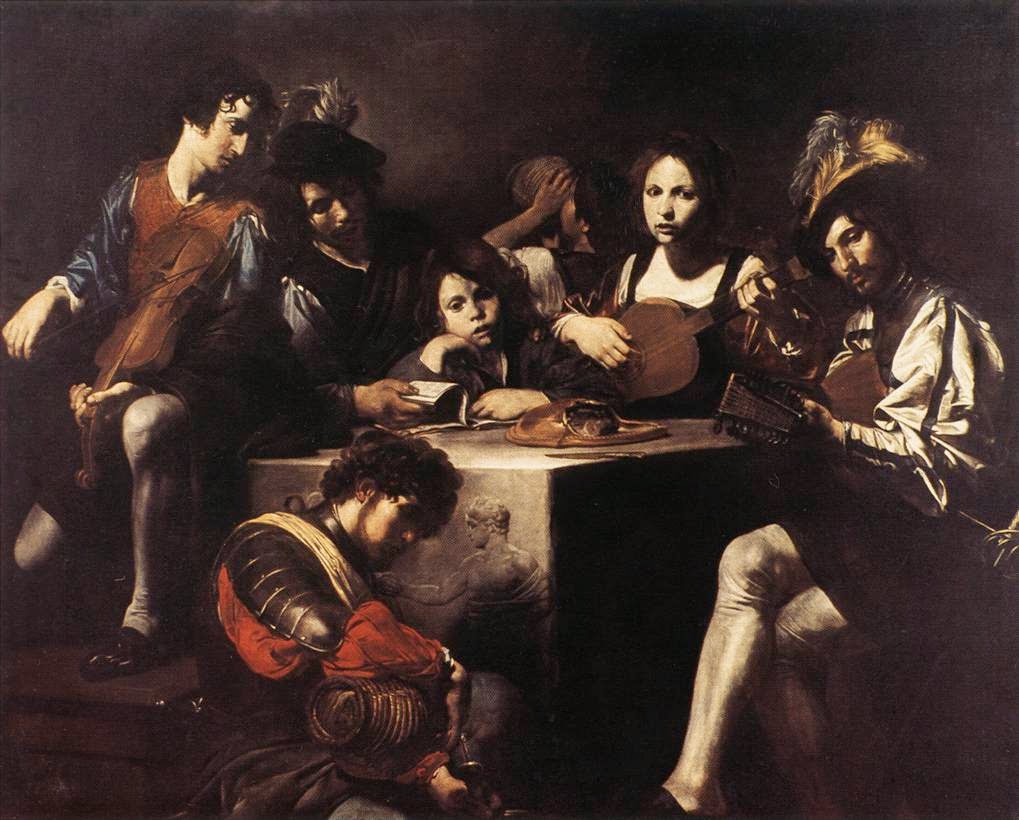 
The exhibition is moving to Paris, to the Petit Palais, Musée des Beaux-Arts de la Ville de Paris, where it will be shown from 24 February to 24 May 2015.