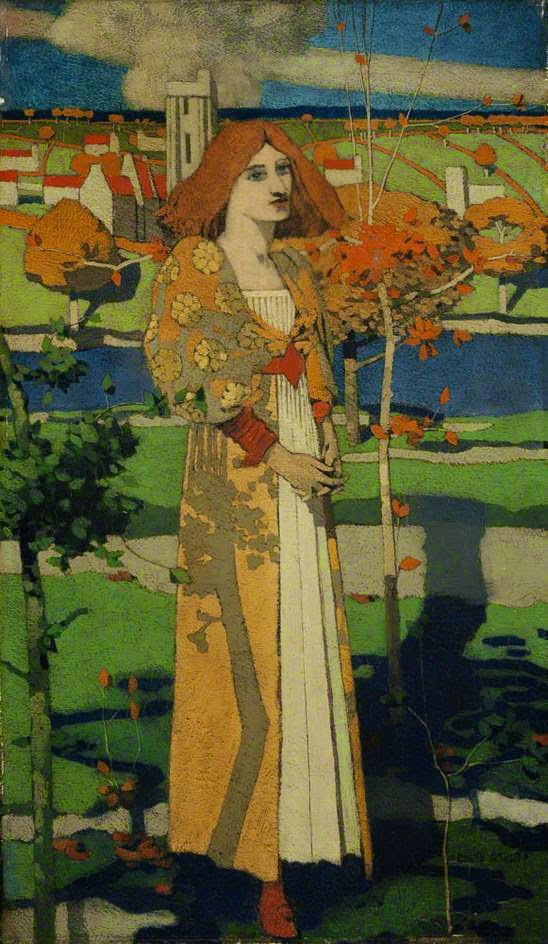 Gauld was a good friend of Charles Rennie Mackintosh and had studied part-time at Glasgow School of Art.

One of the "Glasgow Boys", one can see the influence of Japanese painting and the pre-Raphaelites

This was not Gauld`s first work or the last on the theme of St Agnes. In 1889, he finished The Procession of St Agnes: 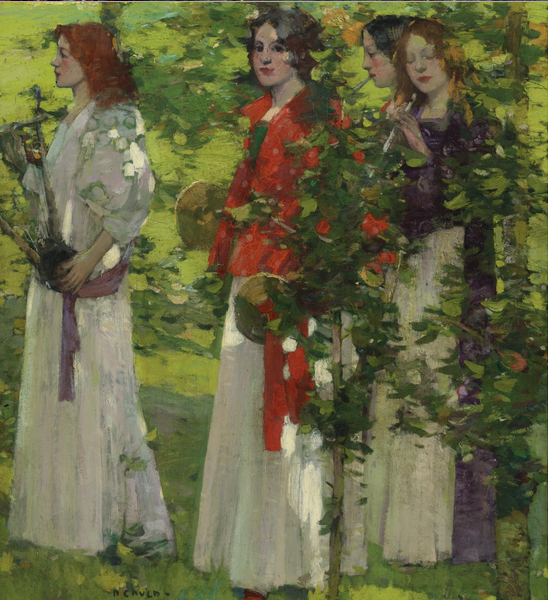 St Agnes, the early Christian martyr who at the age of thirteen refused an arranged marriage, was executed in AD 304

She became the patron saint of young girls and the subject of a famous poem by John Keats.

St Agnes Eve, 20-21 January, was a time of celebration when young women could, according to legend, foretell their future husbands

It was contrary to Roman law to put a virgin to death.

The death caused a scandal to the Roman populace  of the time. The leaders of Rome alleged that it was necessary to kill Christians in order to preserve the old Roman ways. However such acts  undermined their position

The fact that a young girl fortified only by her Chrisian faith was able to meet an unjust death so equably impressed and intrigued the Roman populace. Such testimony led to greater interest in the faith

In Sermon 273, St Augustine noted that in the recitation of names at the altar of Christ, the names of the Martyrs are recited in the most honoured place
Posted by Unknown at 3:30 pm