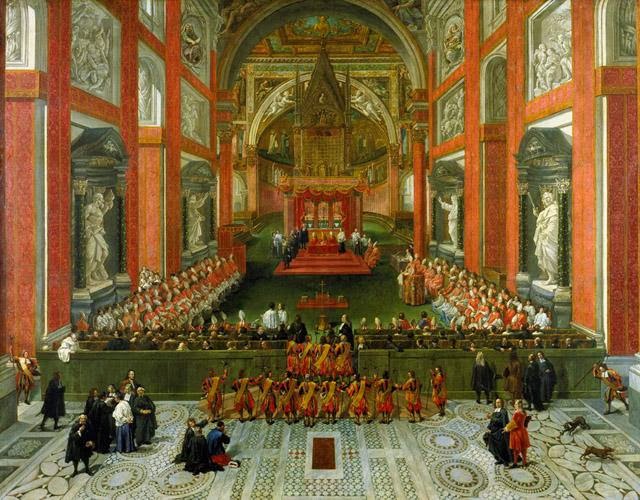 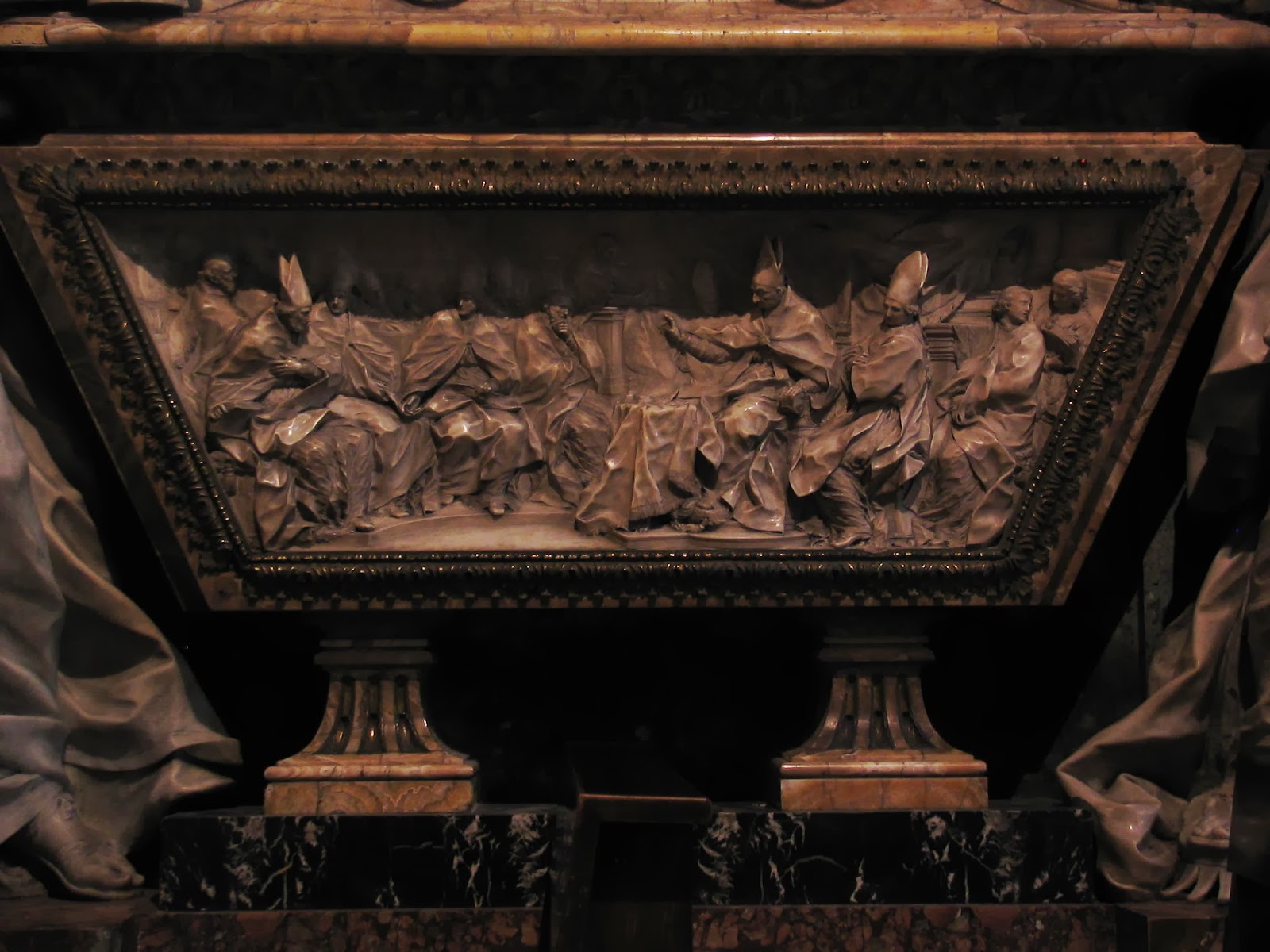 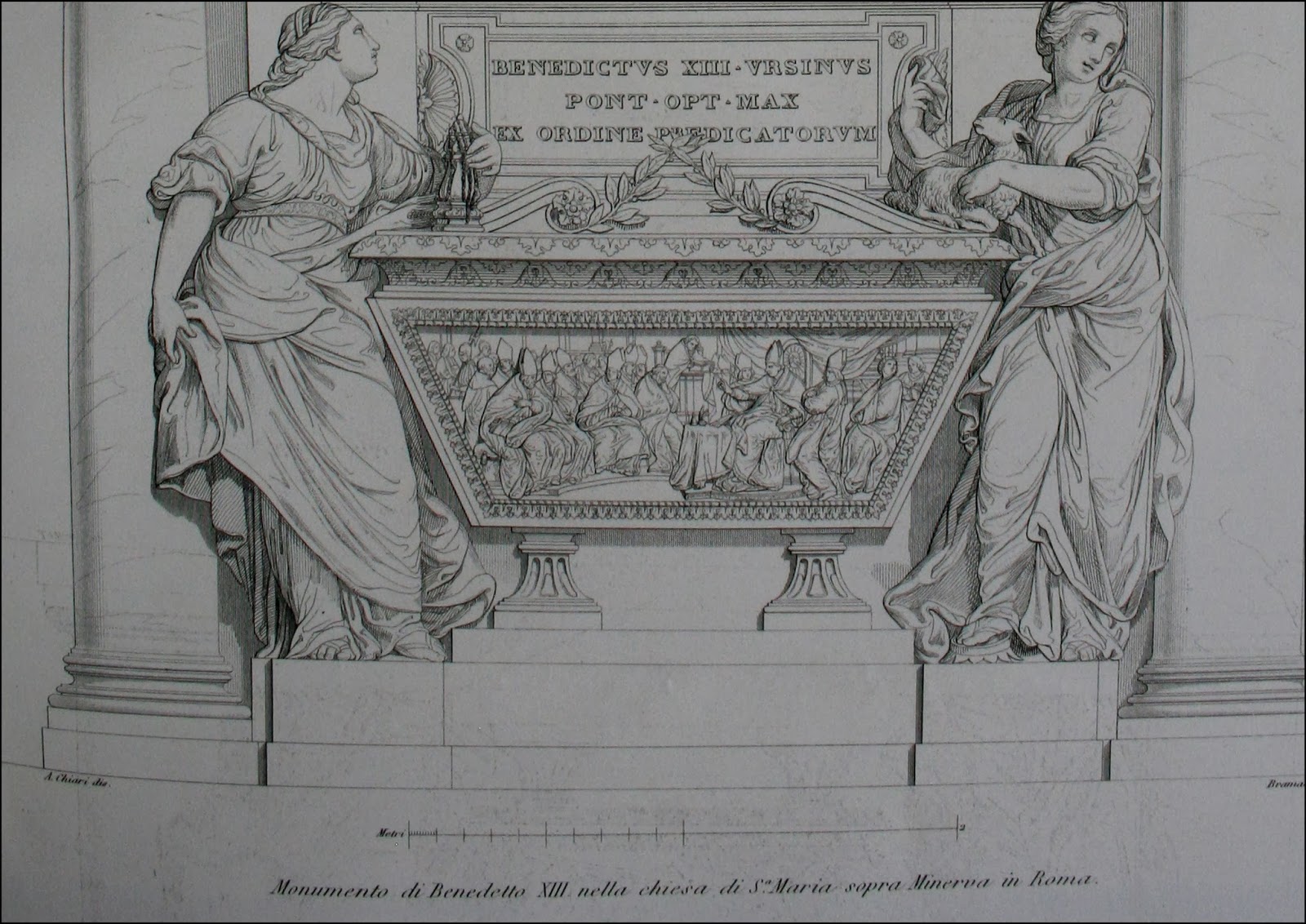 1726 was a Jubilee Year and Benedict XIII, a Dominican, had just been elected Pontiff.

He convoked a provincial Council at the Lateran, the Lateran Council of 1725 which is what Ghezzi  illustrates above

It had a very heavy agenda.

There were seven sessions

The Council reiterated and made clear the binding force of Unigenitus. The Council called for  the suppression of Jansenism and the solemn confirmation of the Bull "Unigenitus", which was declared a rule of faith demanding the fullest obedience.

The main items of reform concerned reform of the clergy.

Clergy had to wear "the uniform of the clergy" and reside within the jurisdiction where his office lay. No absenteeism was allowed

There were new provisions for sermons and the distribution  of benefits

For the life of Pope Benedict XIII, now Servant of God, and the Council of 1725 see Pastor`s History of the Popes Volume 34

In the following works we see some of the activities and dress of the clergy at this time, which as Gregory XVI once said was an age of urgent need of reform 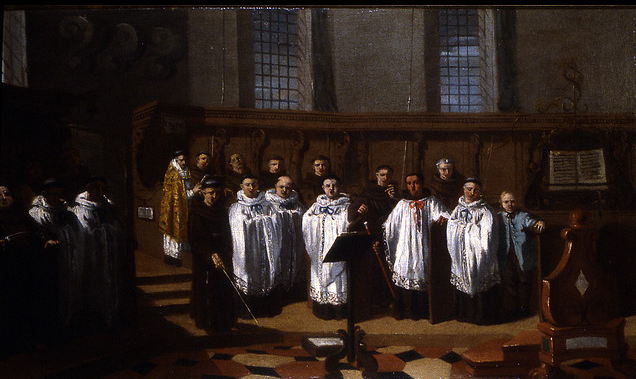 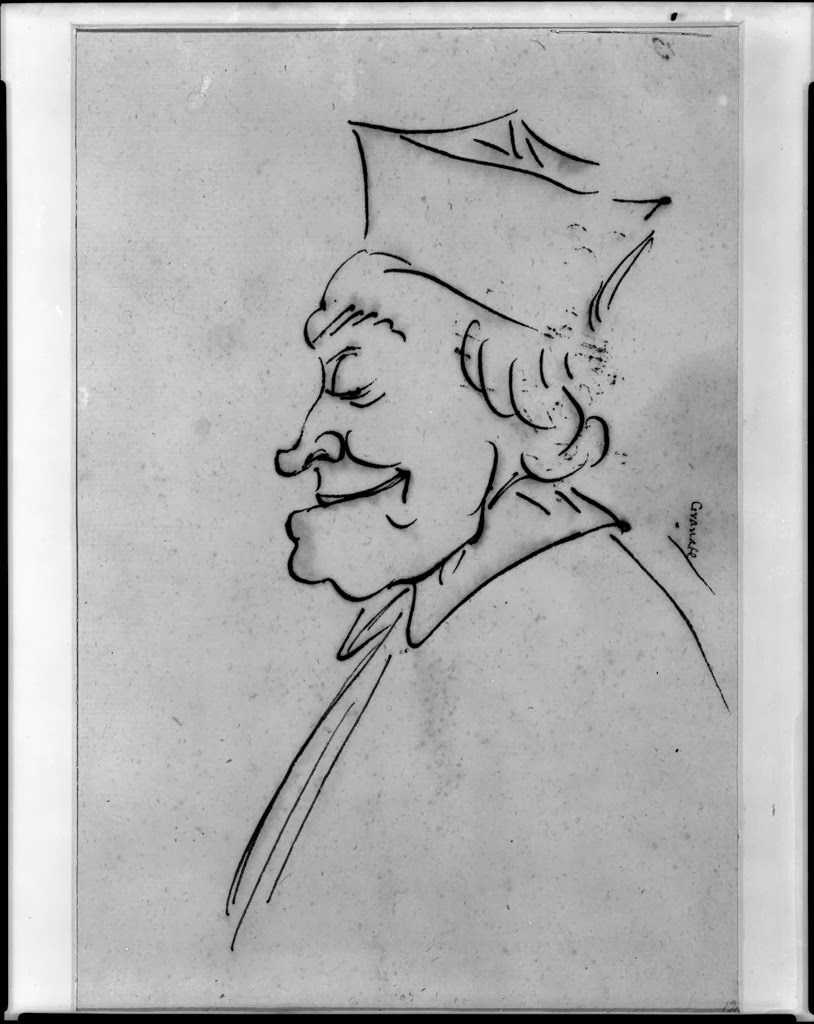 
Although the Harvard Art Museums identify the portrait as Cardinal Granacci, the standard list of cardinals does not list such a cardinal of that name 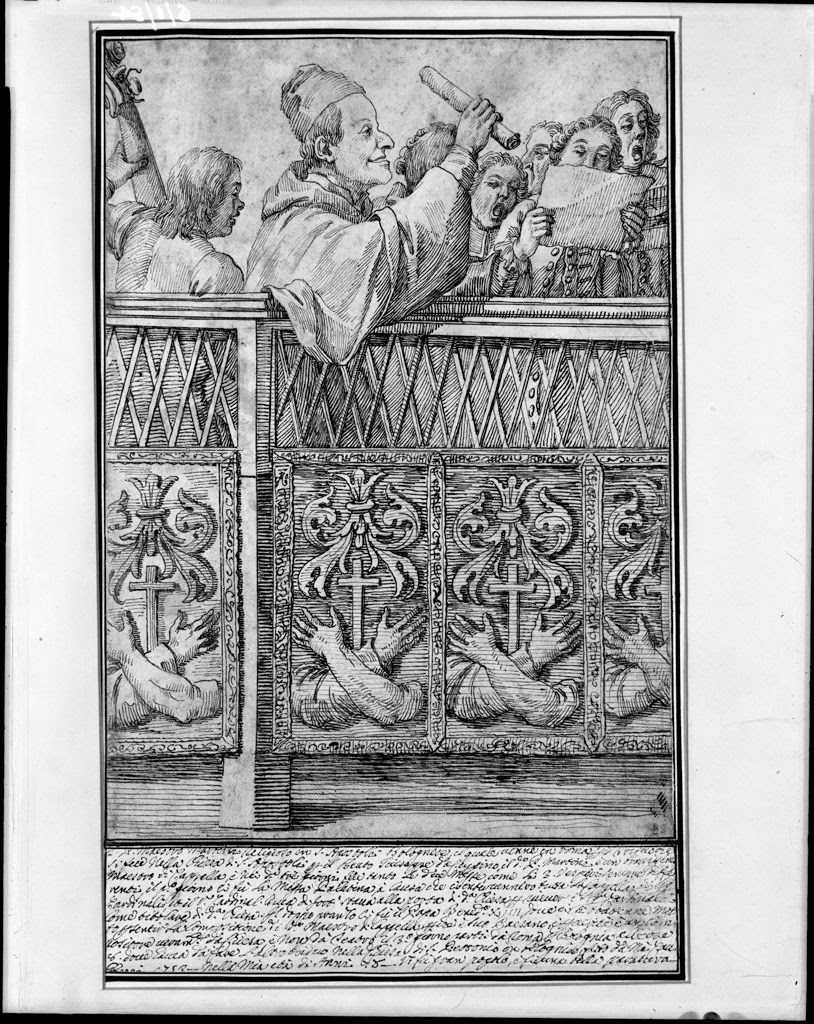 
This may be a drawing of the famous Italian musician and composer Giovanni Battista Martini, O.F.M. Conv. (1706 -1784), friend of Gluck and one of the teachers of Wolfgang Amadeus Mozart.

A Franciscan Capuchin, he spent his whole life in Bologna where he would have known the Archbishop, Lambertini, later Pope Benedict XIV

However it is recorded that he did make several trips to Rome. In 1747, he attended a General Chapter of the Order.

In 1753, he travelled to  the Basilica of the Holy Apostles in Rome to celebrate the solemn liturgy  on the feast of Saints Philip and James (1 May), and the Triduum in honor of Joseph of Cupertino (6-8 May). In that year the Bolognese  Pope Benedict XIV offered him the post as successor to Jommelli in the Sistine Chapel. He declined the offer due to health reasons. (Jommelli or Jomella is shown depicted below)

He was known as Abbé Conti and is famous for having been the intermediary, in England in 1715–16, in the Leibniz-Newton calculus controversy 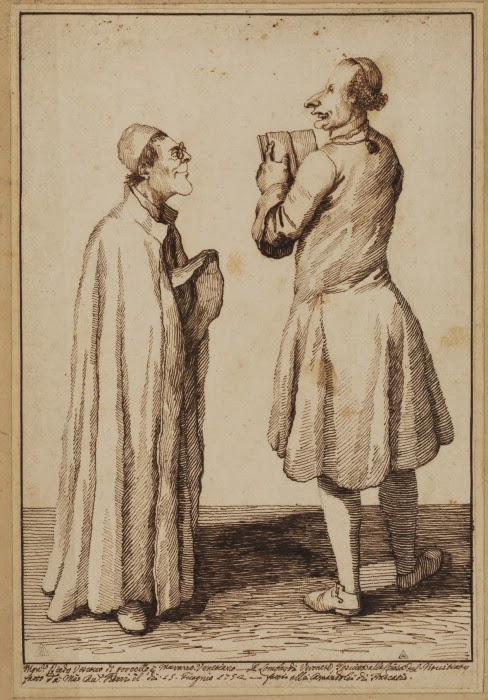 These are some of the works from the book: 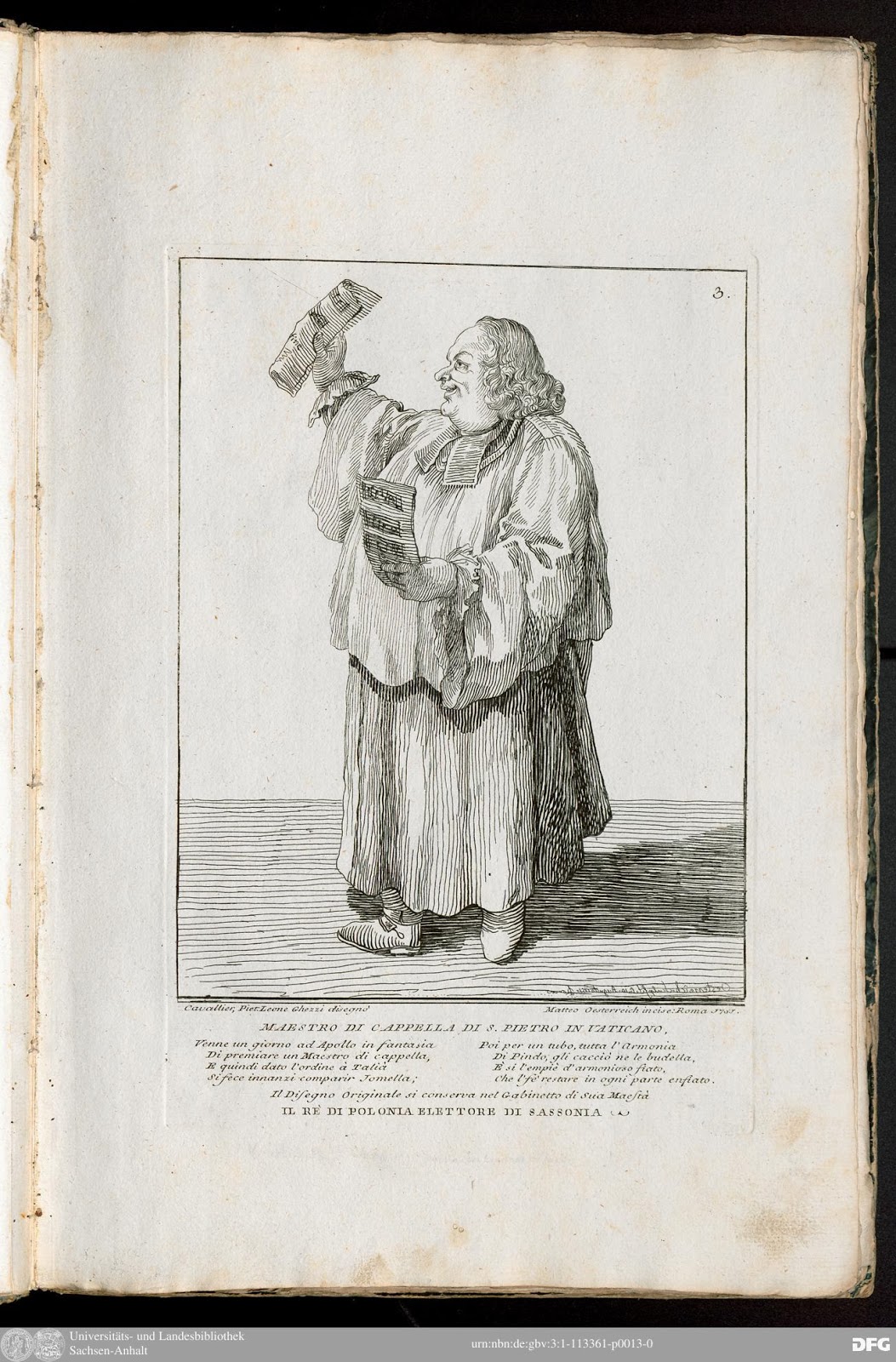 Pier Leone Ghezzi  1674-1755
Sig Iomella, Master of the Choir in St Peters Basilica in the Vatican 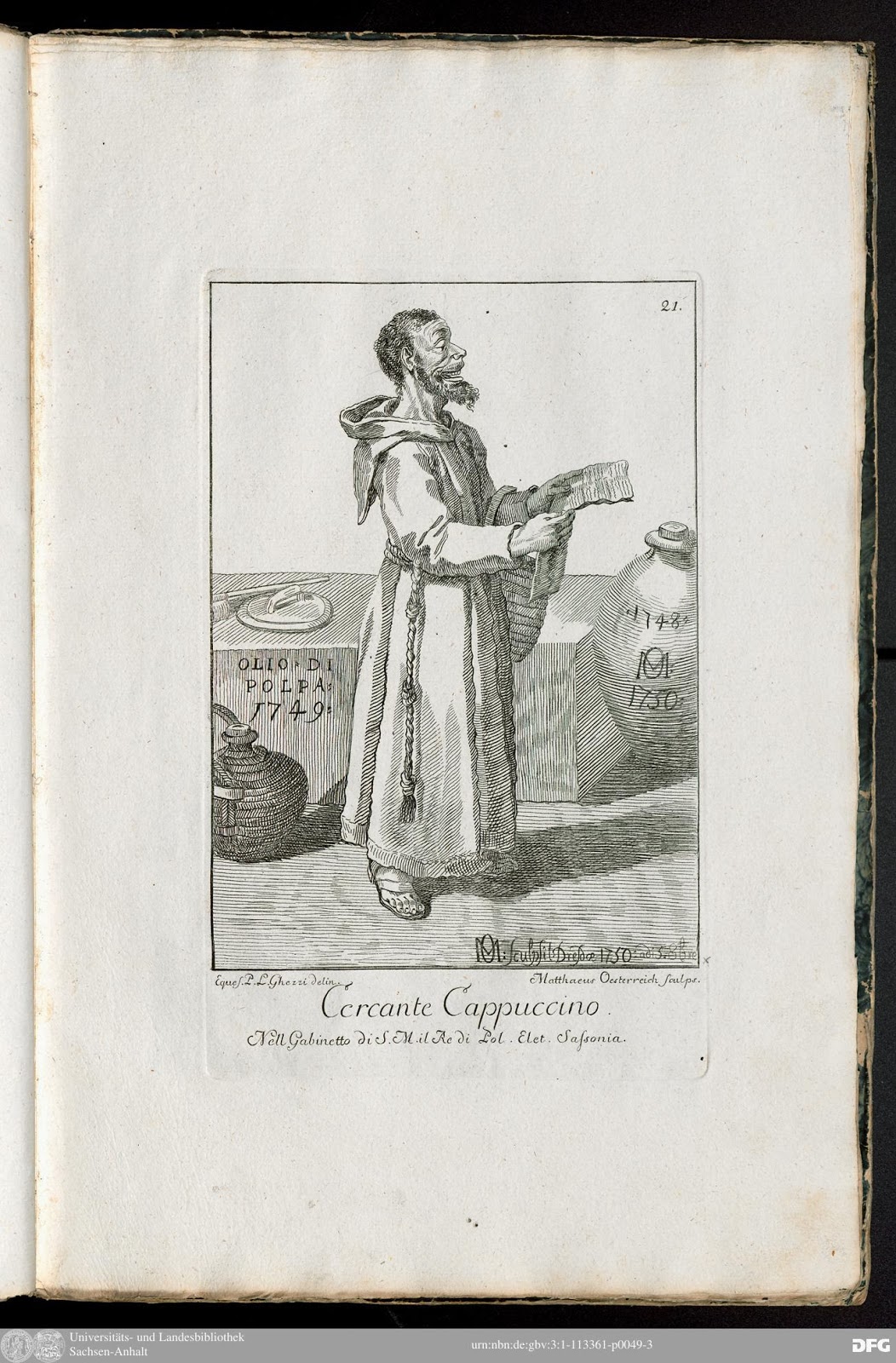 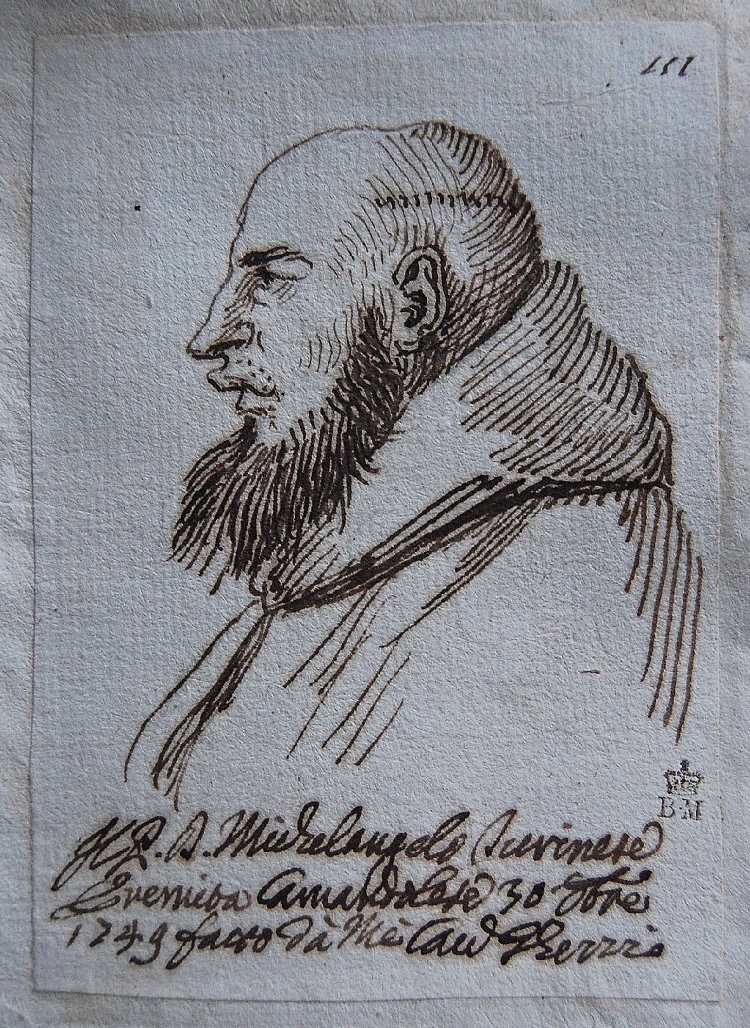 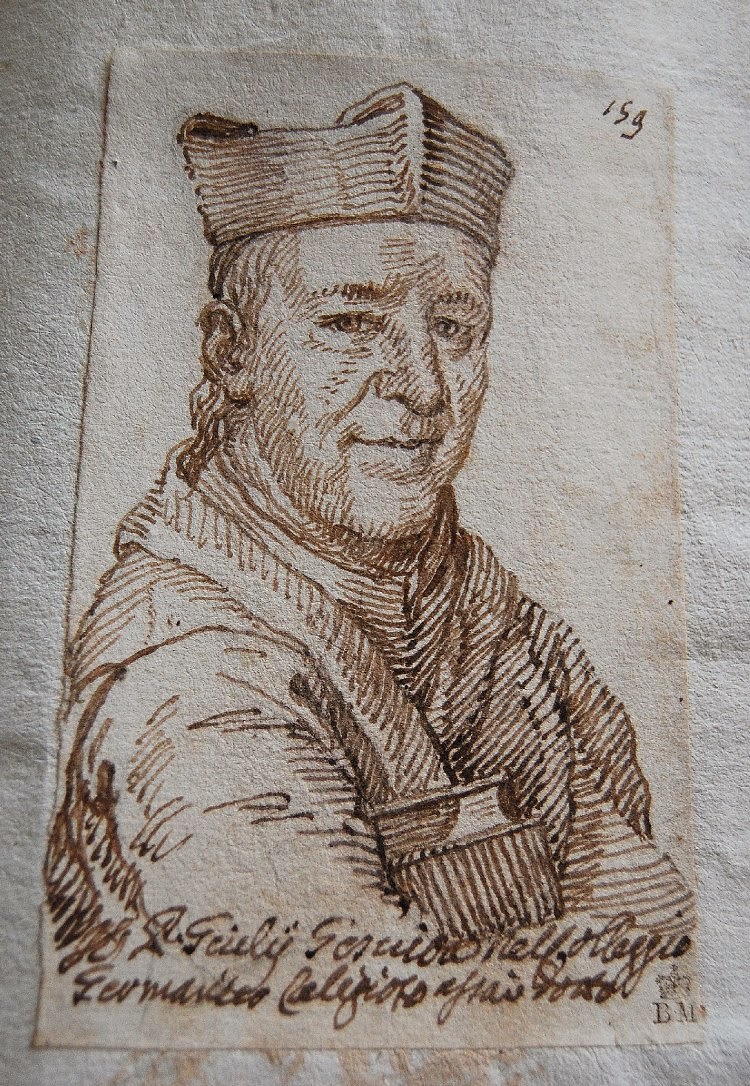 Pier Leone Ghezzi  1674-1755
Caricature of a Jesuit from the Collegio Germanico in Rome, head and shoulders, facing front, turned to right: drawing from an album
1750
Pen and brown ink on paper
111 x 70 mm
The British Museum, London 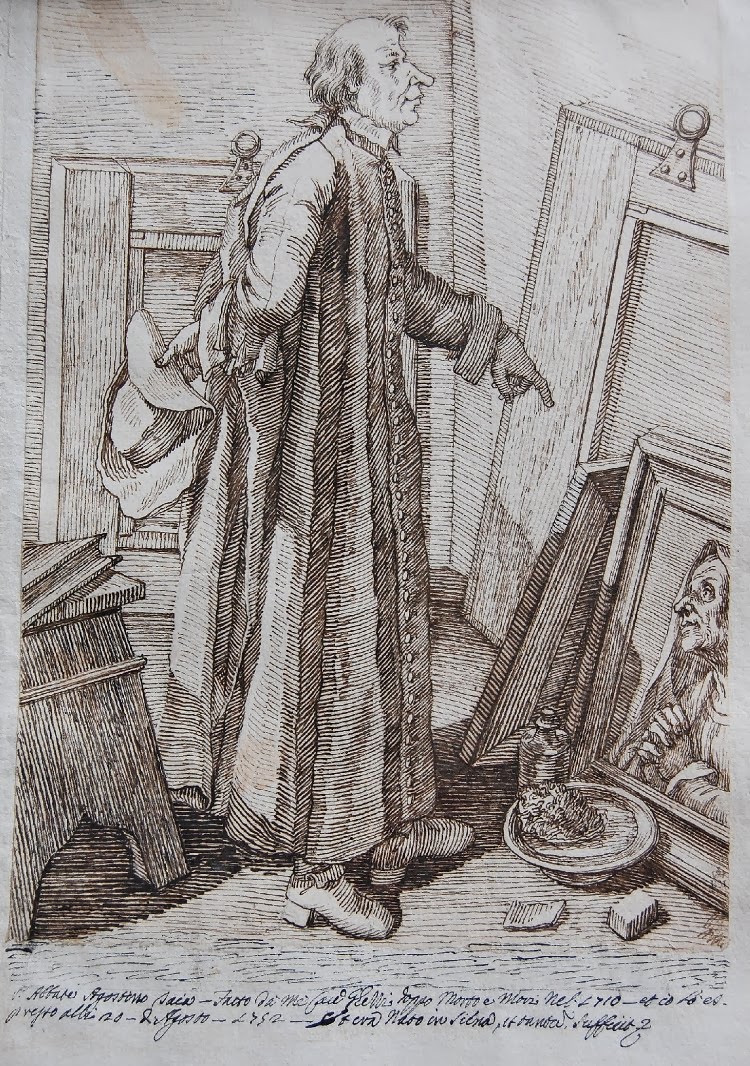 Pier Leone Ghezzi  1674-1755
Portrait of Abbot Agostino Isaia, standing in an interior, seen in profile, to right, pointing towards his own framed portrait; drawing from an album.
1752
Pen and brown ink on paper
307 x 219 mm
The British Museum, London