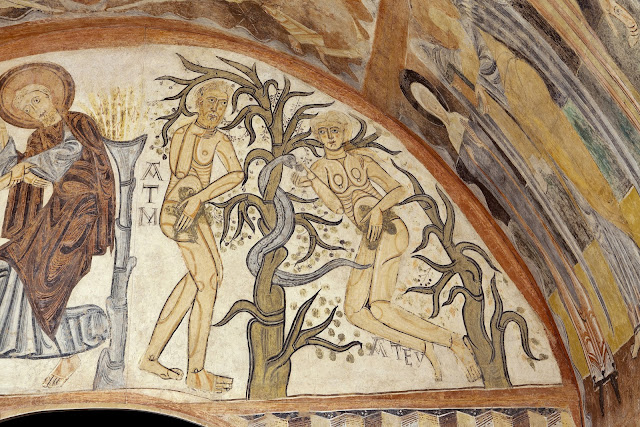 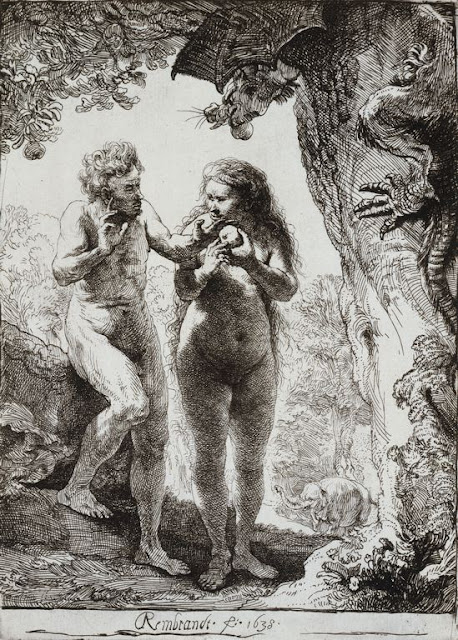 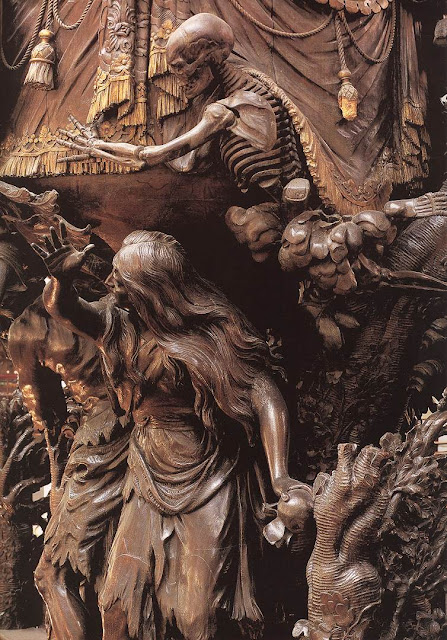 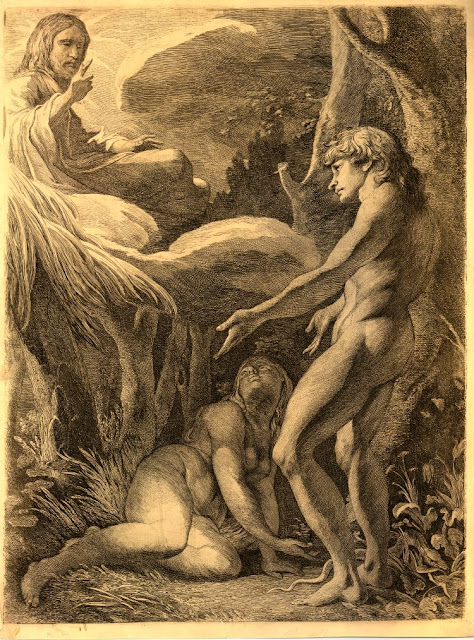 Central to the tale of the Fall is Adam`s sin: the Original Sin

The Catechism explains what this First Sin was and its consequences:

397 Man, tempted by the devil, let his trust in his Creator die in his heart and, abusing his freedom, disobeyed God's command. This is what man's first sin consisted of. All subsequent sin would be disobedience toward God and lack of trust in his goodness.

398 In that sin man preferred himself to God and by that very act scorned him. He chose himself over and against God, against the requirements of his creaturely status and therefore against his own good. Constituted in a state of holiness, man was destined to be fully "divinised" by God in glory.

Seduced by the devil, he wanted to "be like God", but "without God, before God, and not in accordance with God"."

But Original sin may be taken to mean pne of two things:

(1) the sin that Adam committed; or
(2) a consequence of this first sin, the hereditary stain with which we are born on       account of our origin or descent from Adam

Catholics are often said to be bedevilled and dominated by the Dogma of Original Sin. It is said to inspire excessive feelings of guilt, the so called "Catholic guilt" - an invention of that alleged old curmudgeon St Augustine,

See The Augsburg Confession (Article II: Of Original Sin) and the Confutation and Defence

Unlike the Reformers, the Catholic Church has never accepted that in baptism the whole of what belongs to the essence of sin is not taken away, but is only cancelled or not imputed, and declared the concupiscence that remains after baptism not truly and properly "sin" in the baptized, but only to be called sin in the sense that it is of sin and inclines to sin.

Unlike the reformers, the Church condemns the identification of original sin with concupiscence (as in its technical theological sense), and approves the view that the unbaptised could have right use of will

In the 1930s, the Doctrine was "the butt of cheap derision" by the secular Dictatorships such as  the Nazi Party in Germany. Pope Pius XI referred to this in Mit Brennender Sorge (March 14, 1937)

"25. "Original sin" is the hereditary but impersonal fault of Adam's descendants, who have sinned in him (Rom. v. 12). It is the loss of grace, and therefore of eternal life, together with a propensity to evil, which everybody must, with the assistance of grace, penance, resistance and moral effort, repress and conquer. The passion and death of the Son of God has redeemed the world from the hereditary curse of sin and death.

Faith in these truths, which in your country are today the butt of the cheap derision of Christ's enemies, belongs to the inalienable treasury of Christian revelation.

"58. In fact it must never be forgotten that the subject of Christian education is man whole and entire, soul united to body in unity of nature, with all his faculties natural and supernatural, such as right reason and revelation show him to be; man, therefore, fallen from his original estate, but redeemed by Christ and restored to the supernatural condition of adopted son of God, though without the preternatural privileges of bodily immortality or perfect control of appetite. There remain therefore, in human nature the effects of original sin, the chief of which are weakness of will and disorderly inclinations. ...
60. Hence every form of pedagogic naturalism which in any way excludes or weakens supernatural Christian formation in the teaching of youth, is false. Every method of education founded, wholly or in part, on the denial or forgetfulness of original sin and of grace, and relying on the sole powers of human nature, is unsound. Such, generally speaking, are those modern systems bearing various names which appeal to a pretended self-government and unrestrained freedom on the part of the child, and which diminish or even suppress the teacher's authority and action, attributing to the child an exclusive primacy of initiative, and an activity independent of any higher law, natural or divine, in the work of his education."

Edward Feser has discussed the latest actions on the Doctrine from certain sections of the scientific community who do not appear to know what the Doctrine is.