Praying on The Way of the Cross 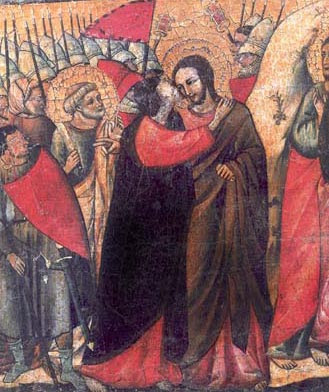 "The Way of the Cross" is part of the Official Vatican website.

It includes presentations, meditations, meditative art works (see above) and commemorative photographs on the Biblical Way of the Cross celebrated at the Colosseum since 1991.

The Way of the Cross, as we understand the term today, dates to the late Middle Ages. Saint Bernard of Clairvaux (+ 1153), Saint Francis of Assisi (+ 1226) and Saint Bonaventure of Bagnoregio (+ 1274), prepared the ground on which the practice was to develop.

The Way of the Cross or Via Crucis, in its present form, with the same fourteen stations placed in the same order, is recorded in Spain in the first half of the seventeenth century especially in Franciscan communities.

The biblical Way of the Cross celebrated by the Holy Father Pope John Paul II at the Colosseum for the first time in 1991 presented certain variants in the «subjects» of the stations.