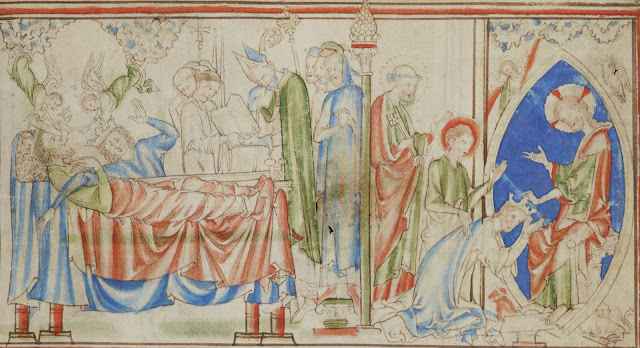 Edward dies, and his soul is received into heaven, attended by St John and St Peter. (image 63, page 29r)
From Life of St Edward the Confessor by Matthew Paris c. 1250
Manuscript
University of Cambridge 
One of the Treasures of the University of Cambridge Library Collection is the only copy of an illustrated Anglo-Norman verse Life of St Edward the Confessor, written in England probably in the later 1230s or early 1240s and, as preserved in a manuscript, executed c. 1250-60

There is strong evidence that Matthew Paris (d. 1259) was in fact the author

Pope Benedict XVI recalled his trip to Britain and in particular his visit to Westminster Abbey:

"In that same solemn atmosphere, I then went to Westminister Abbey. It was the first time that a Successor of Peter has entered that place of worship which symbolizes the very ancient Christian roots of the country. The recitation of Evening Prayer, together with the different Christian communities of the United Kingdom, was an important moment in relations between the Catholic Community and the Anglican Communion. When we venerated St Edward the Confessor together at his tomb, while the choir sang "Congregavit nos in unum Christi amor", we all praised God who is leading us on the path to full unity" 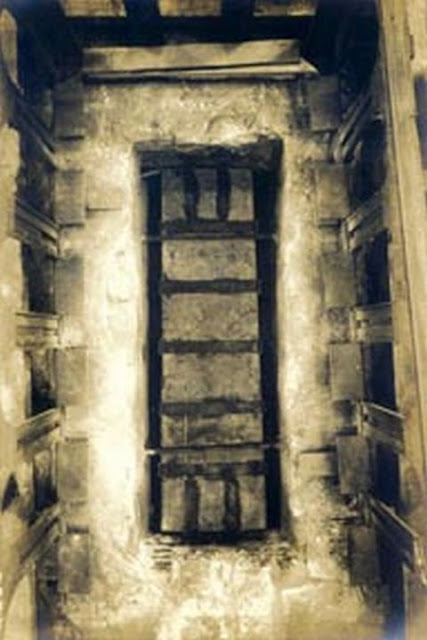