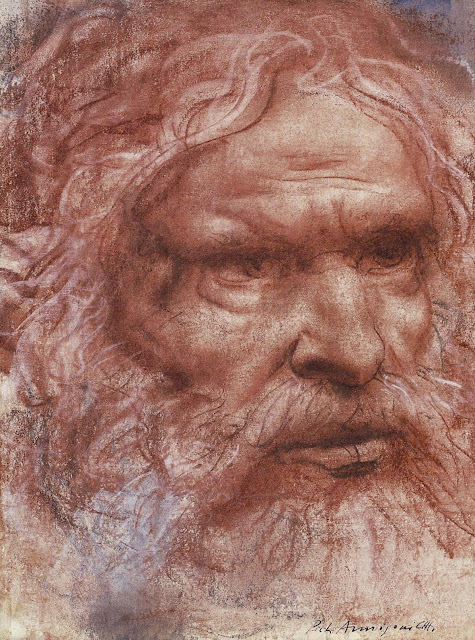 Pietro Annigoni 1910 - 1988
Abramo / Abraham
c.1985
Mixed media on board
40 x 29 cm
Private collection
Annigoni based his style on Leonardo da Vinci and Titian, working in tempera and oil to simulate old-master oils, or pen-and-ink to imitate silverpoint.
Berenson once described Annigoni as the greatest painter of the 20th century and stood comparison with the great artists of old.
Especially in the latter years of his life, he painted many religious works. In this case the subject is the Patriarch Abraham
Abraham was once a common subject of religious painting. Now it does not seem as popular as it once was. Perhaps people`s knowledge of The Old Testament was greater than it is now. Here is an image from The National Gallery in London of Abraham leaving Ur. It was painted in the 16th Century 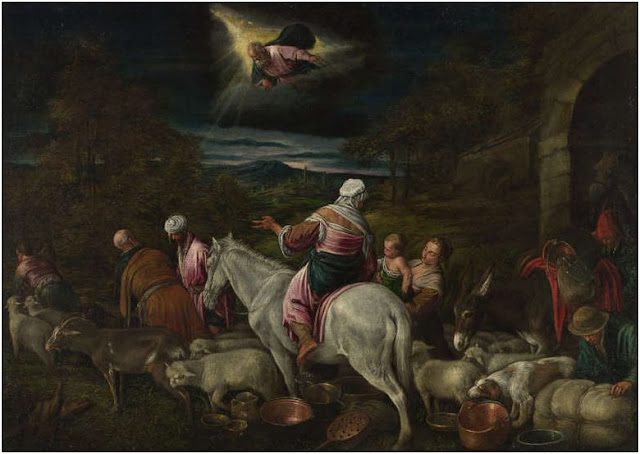 Workshop or imitator of Jacopo Bassano
The Departure of Abraham from Ur of the Chaldees to go to Canaan c.1579 -90
Oil on canvas
82.6 x 116.4 cm
The National Gallery, London
On 20 February 2000, Blessed Pope John Paul II delivered a lengthy homily commemorating Abraham. Here is a short passage from his homily:

"Before Moses heard Yahweh's well-known words on Mount Sinai: "I am the Lord your God, who brought you out of the land of Egypt, out of the house of bondage" (Ex 20: 2), the Patriarch Abraham had already heard these other words: "I am the Lord who brought you from Ur of the Chaldeans".
Therefore, our thoughts must turn to that important place in the history of God's People, to seek there the origins of God's covenant with man. This is why, during this year of the Great Jubilee, as our hearts return to the beginnings of God's covenant with humanity, we turn our gaze to Abraham, to the place where he heard God's call and responded to it with the obedience of faith.
Together with us, Jews and Muslims also look to the person of Abraham as a model of unconditional submission to the will of God (cf. Nostra aetate, n. 3).
The author of the Letter to the Hebrews writes:

"By faith Abraham obeyed when he was called to go out to a place which he was to receive as an inheritance; and he went out, not knowing where he was to go" (Heb 11: 8).

Behold: Abraham, whom the Apostle calls "our father in faith" (cf. Rom 4: 11-16), believed in God, trusted in the One who called him. He believed in his promise. God said to Abraham:

"Go from your country and your kindred and your father's house to the land that I will show you. And I will make of you a great nation, and I will bless you, and make your name great, so that you will be a blessing.... by you all the families of the earth shall bless themselves" (Gn 12: 1-3).

Are we talking about the route taken by one of the many migrations typical of an era when sheep-rearing was a basic form of economic life? Probably.
Surely though, it was not only this. In Abraham's life, which marks the beginning of salvation history, we can already perceive another meaning of the call and the promise. The land to which human beings, guided by the voice of God, are moving, does not belong exclusively to the geography of this world. Abraham, the believer who accepts God's invitation, is someone heading towards a promised land that is not of this world" 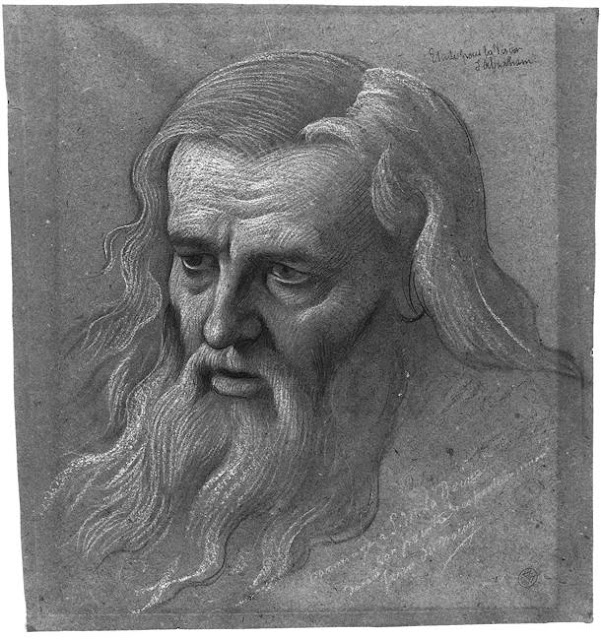