The Martyrdom of Pope Saint Fabian

Fabian was a layman when elected Pope.

"1. Gordianus succeeded Maximinus as Roman emperor and Pontianus, who had been bishop of the church at Rome for six years, was succeeded by Anteros. After he had held the office for a month, Fabianus succeeded him

2. They say that Fabianus having come, after the death of Anteros, with others from the country, was staying at Rome, and that while there he was chosen to the office through a most wonderful manifestation of divine and heavenly grace.

3. For when all the brethren had assembled to select by vote him who should succeed to the episcopate of the church, several renowned and honorable men were in the minds of many, but Fabianus, although present, was in the mind of none. But they relate that suddenly a dove flying down lighted on his head, resembling the descent of the Holy Spirit on the Saviour in the form of a dove.

4. Thereupon all the people, as if moved by one Divine Spirit, with all eagerness and unanimity cried out that he was worthy, and without delay they took him and placed him upon the episcopal seat." 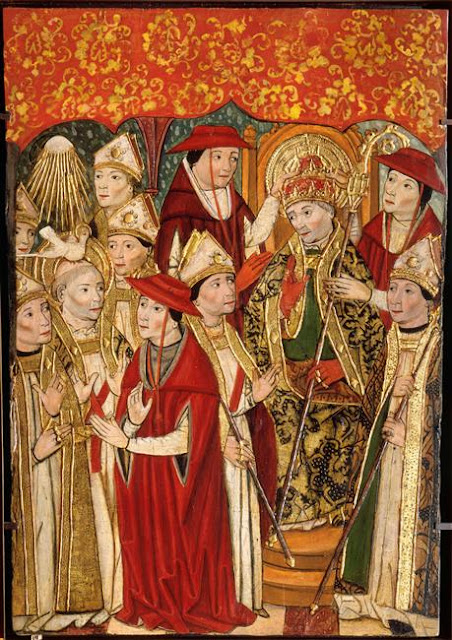 Jaime Huguet the Elder 1415 - 1492
The Election of St Fabien to the Papacy c 1450
Tempera, gilded on stucco
90 cm x 64cm
Musée Bonnat, Bayonne
According to Eusebius, Fabian suffered martyrdom in the persecution of the Emperor Decius (250–251) The length of the episcopate is put at between thirteen and fourteen years. The martyrdom of Fabian is also mentioned by St Jerome in Jerome’s de vir. ill. chap. 54, as well as Cyprian’s Epistles, 3, al. 9, and 30. From these epistles we learn that he was a man of ability and virtue.
The means of execution is traditionally said to be de-capitation. There are other versions of the means of his death 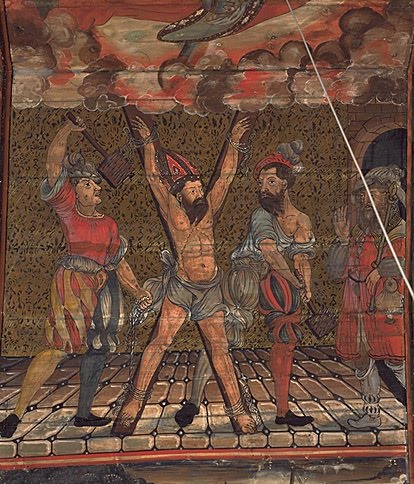 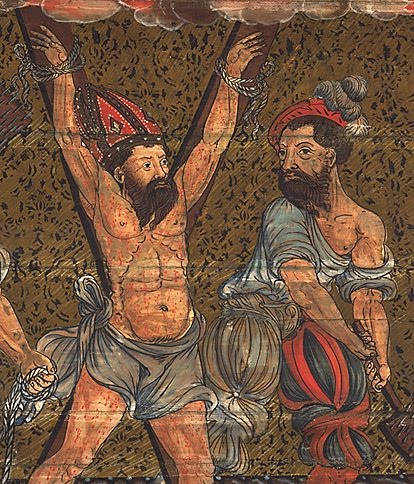 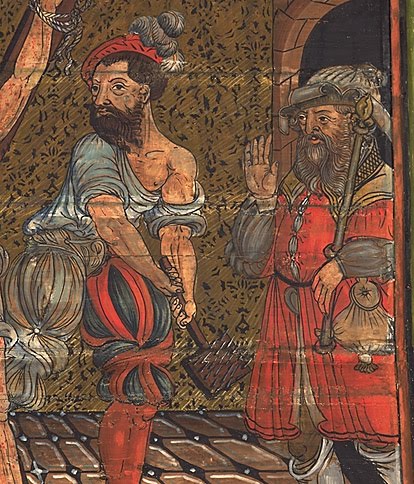 The Execution of St Fabien
c. 1560-1575
Oil on wood
Parish Churh of Notre Dame and St Lawrence, Jézeau, Pyrenees
In this painting St Fabien, tied to a cross, is beaten with lit torches by two executioners in front of the Emperor Decius 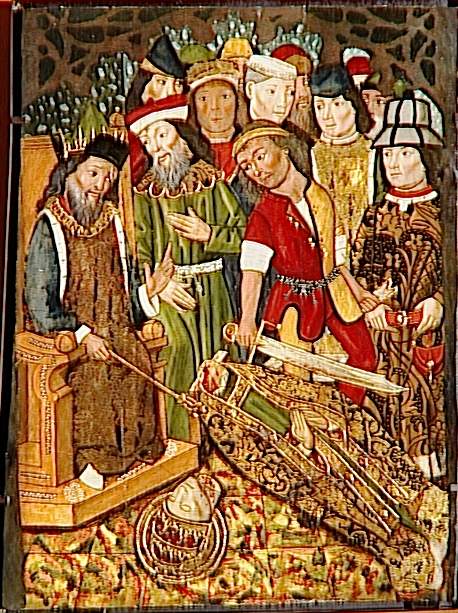 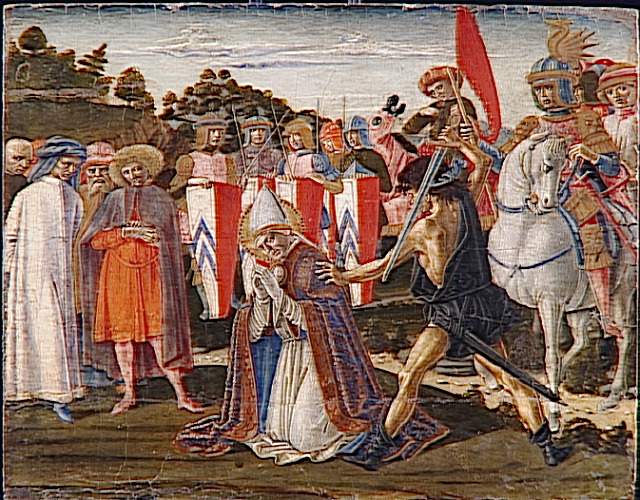