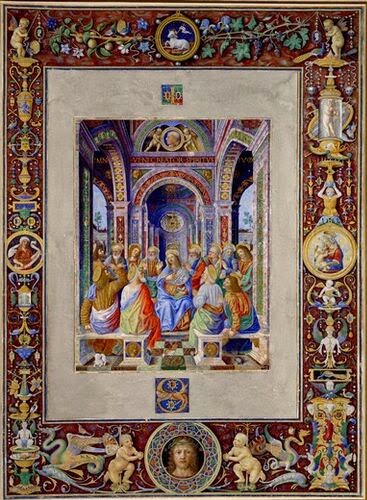 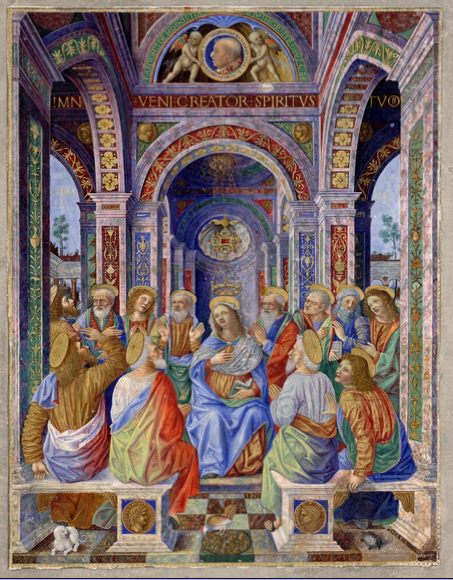 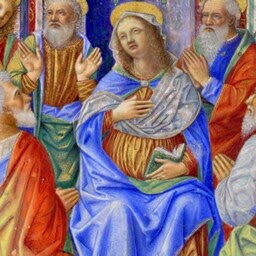 Before he became a diplomat, he was a scholar of no mean repute

In 1911, at Pope Pius X's invitation, he moved to the Vatican to become Vice-Prefect of the Vatican Library, and in 1914 was promoted to Prefect.

While in Milan, he  transcribed and published codices and rare archival documents. He reordered the Library of the Certosa di Pavia, the Library and the Pinacoteca Ambrosiana,as well as  the Museo Settala

As Pope he founded the new Vatican Pinacoteca, in a special building near the new entrance to the Museums. He also founded the Missionary-Ethnological Museum in 1926, arranged on the upper floors of the Lateran Palace before it was moved elsewhere

His Pentecost (above)  is now in the Albertina

It was for a  Festmissale for the then  Pope Alexander VI, the Borgia Pope whose features also adorn the work. The choir books were a gift by the Pope for Santa Maria in Aracoeli and  the Observant Franciscans within the Church

Antonio's artistic style was influenced by the art of Leonardo da Vinci. Scholars have attributed several liturgical books, as well as some miniatures in the Sforza Hours and in Antonio Minuti's Life of Muzio Attendolo Sforza, to him. Minuti was a notary and chancellor to the Sforza family 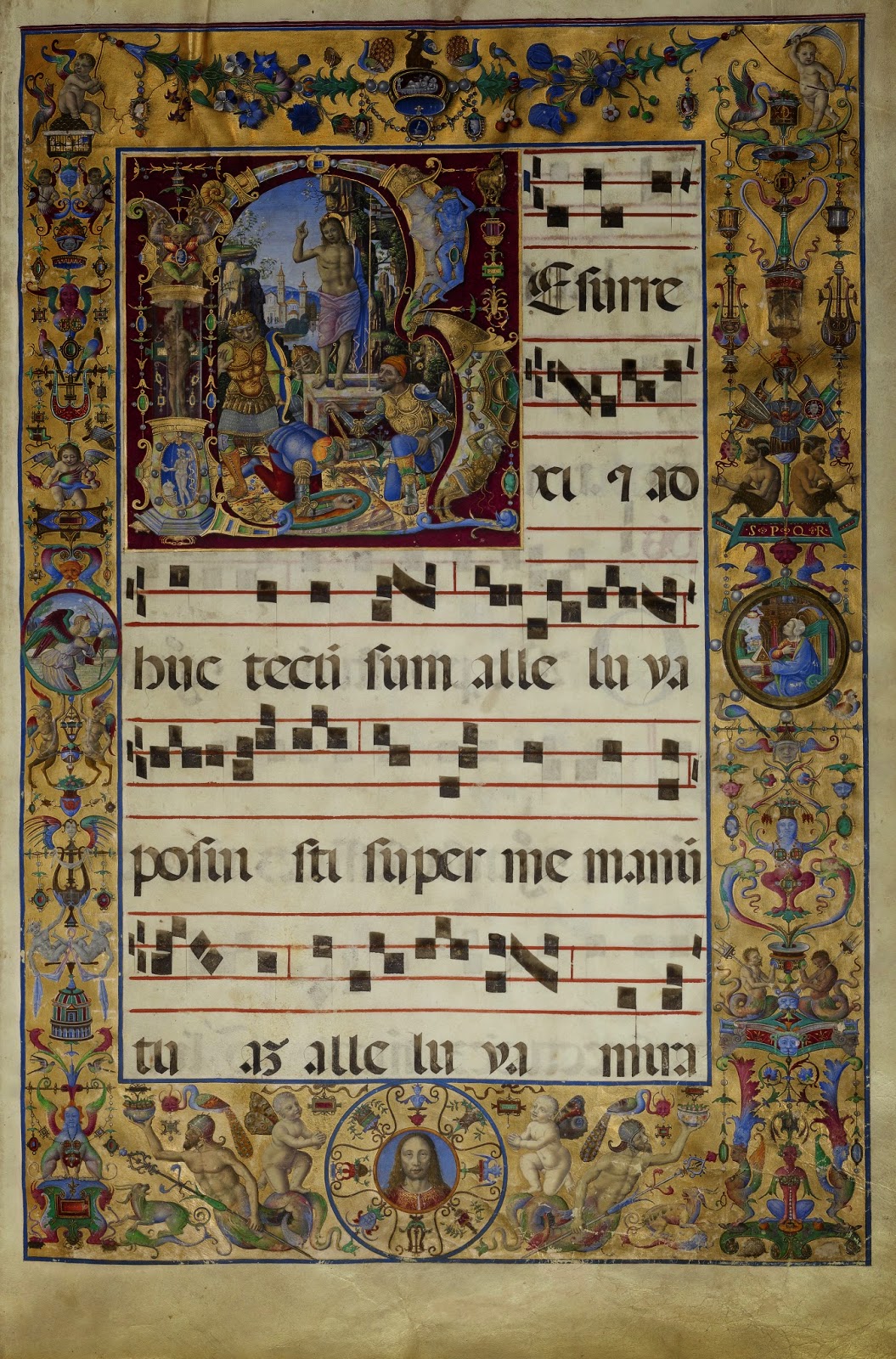 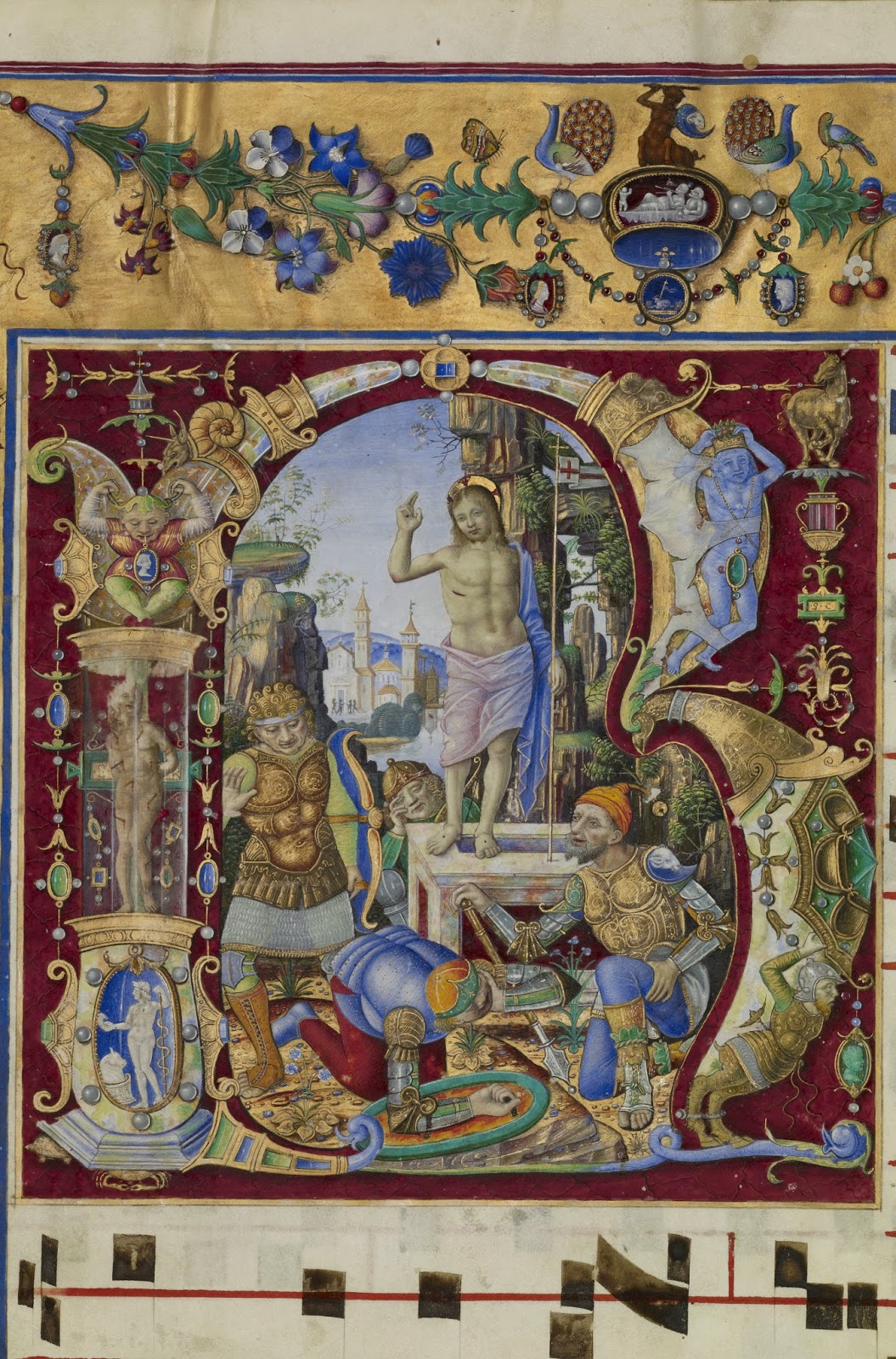 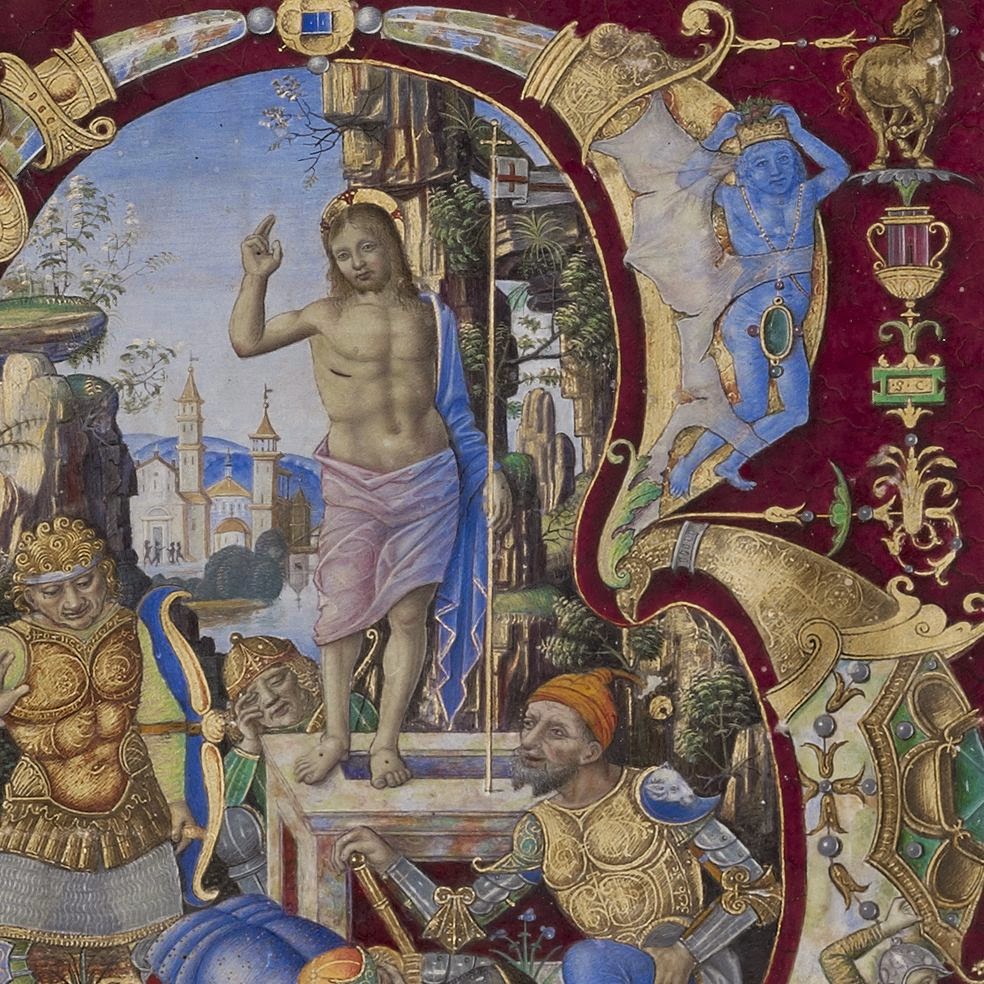 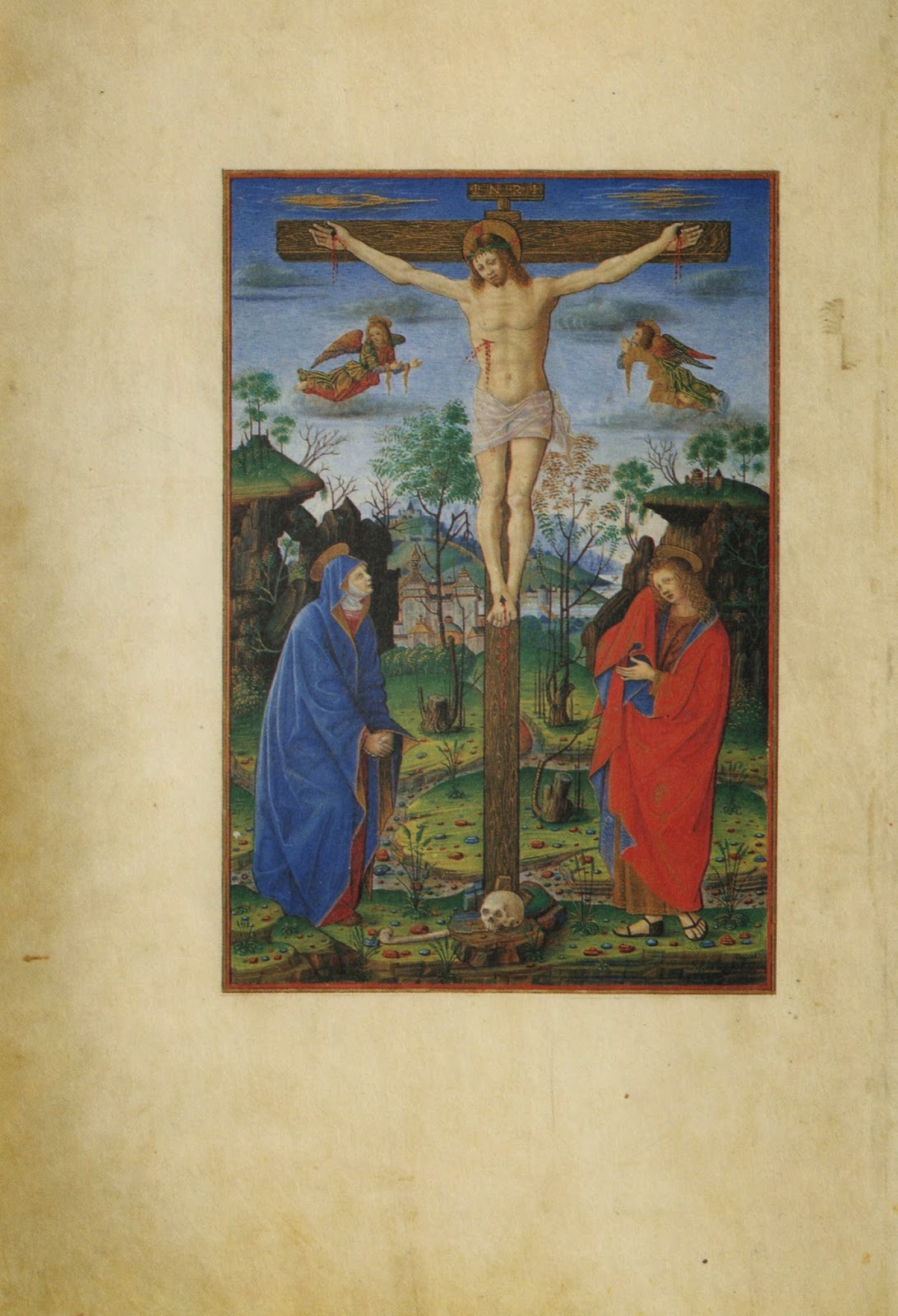 The work and identity of Fra Antonio da Monza was only revived by researchers in the late nineteenth century, but little is known about his life or career

He is a mysterious figure

One of these historians was the great German art historian Paul Kristeller (1863 - 1931) not to be confused with the great Columbia University scholar of the Italian renaissance, Paul Oskar Kristeller (1905-1999). {But of course they often are and the works of the earlier are often shown as works of the latter)

In 1901 he published a monograph Fra Antonio da Monza, incisore  in  Rassegna d'arte I (1901), pp 161-164 and wondered whether on the basis of two hitherto unattributed prints he discovered in Milan whether Fra Antonio had also been an engraver and printer

The evidence he adduced was slight and unconvincing but his view was taken up by some art establishment figures such as S. Arthur Strong, Librarian to the House of Lords and at Chatsworth, Sir Sidney Colvin (Keeper of the Department of Prints and Drawings at the British Museum) and Arthur Mayger Hind (later Keeper of the Department of Prints, British Museum)

This seems to have been the final straw

He poured cold water on the idea, demolished the reasons given for the attribution and clinically advanced reasons why on the basis of the existing evidence Fra Antonio could not have been the engraver

Possibly a number of reasons can be envisaged

The thesis which he attacked ignored the possibility or even probability that around 1500 there was in his beloved Milan, his beloved Lombardy a mature and thriving market for art filled with mature and sophisticated artists and their customers

Here is his article with the illustrations: 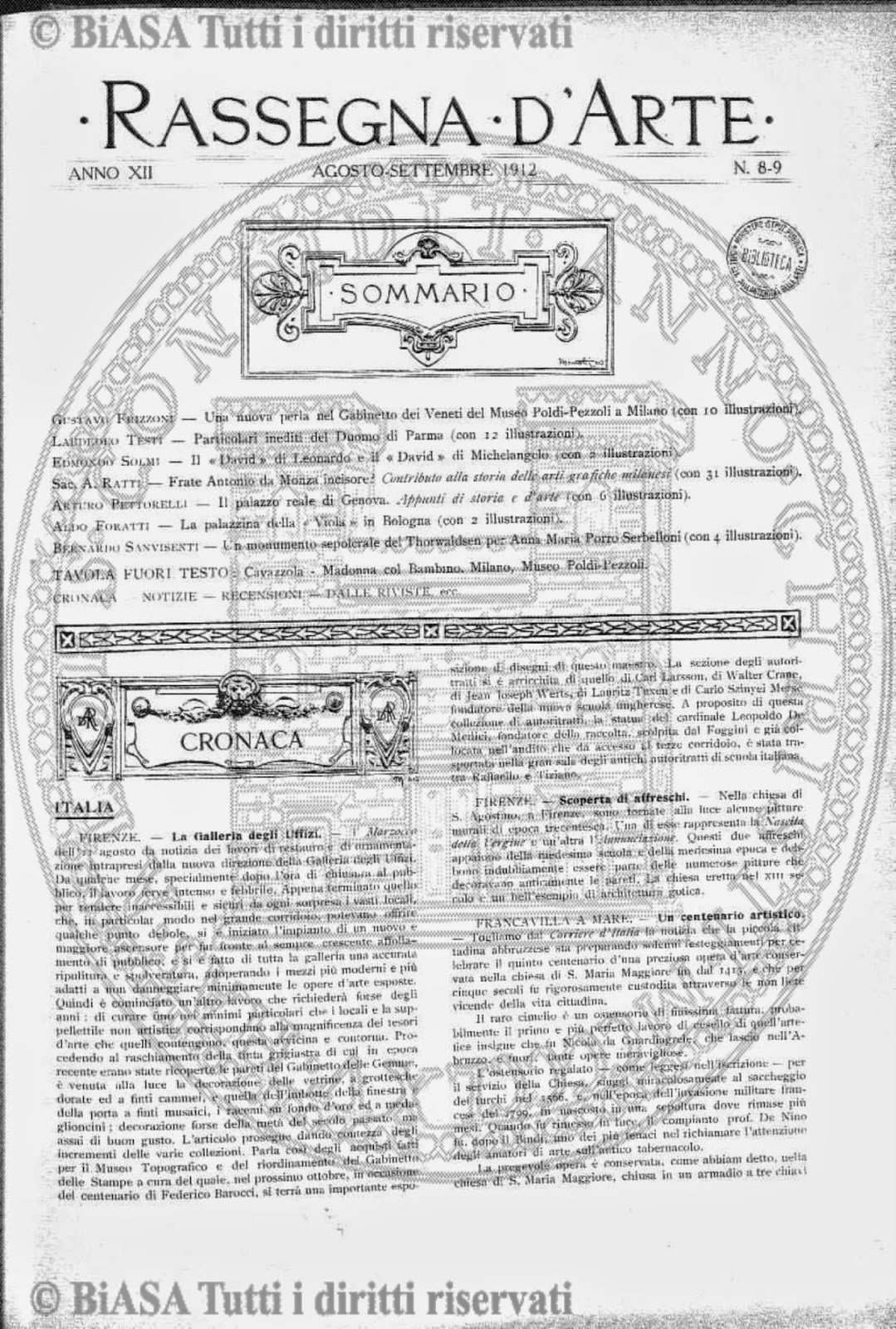 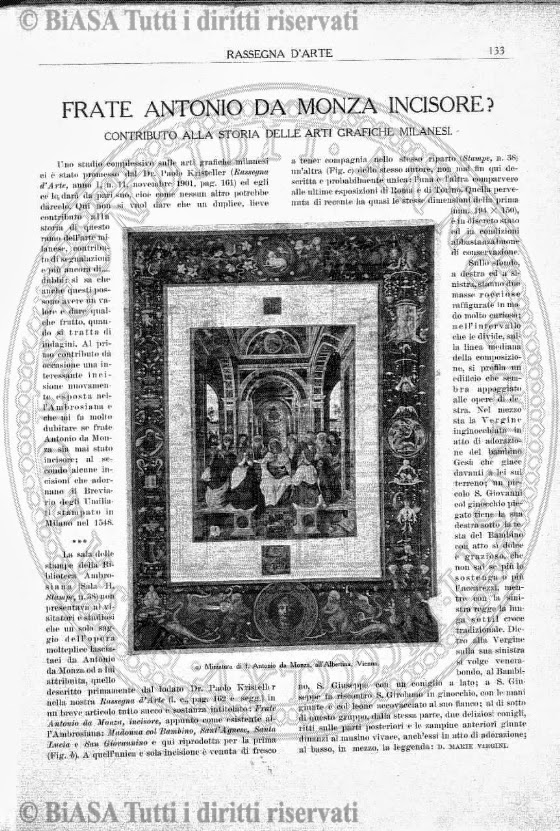 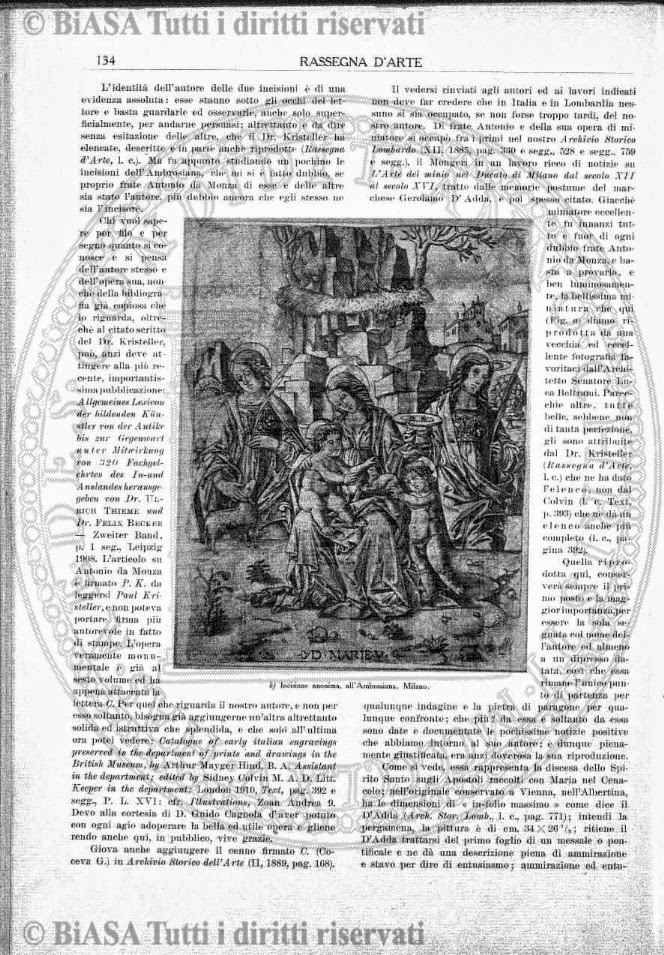 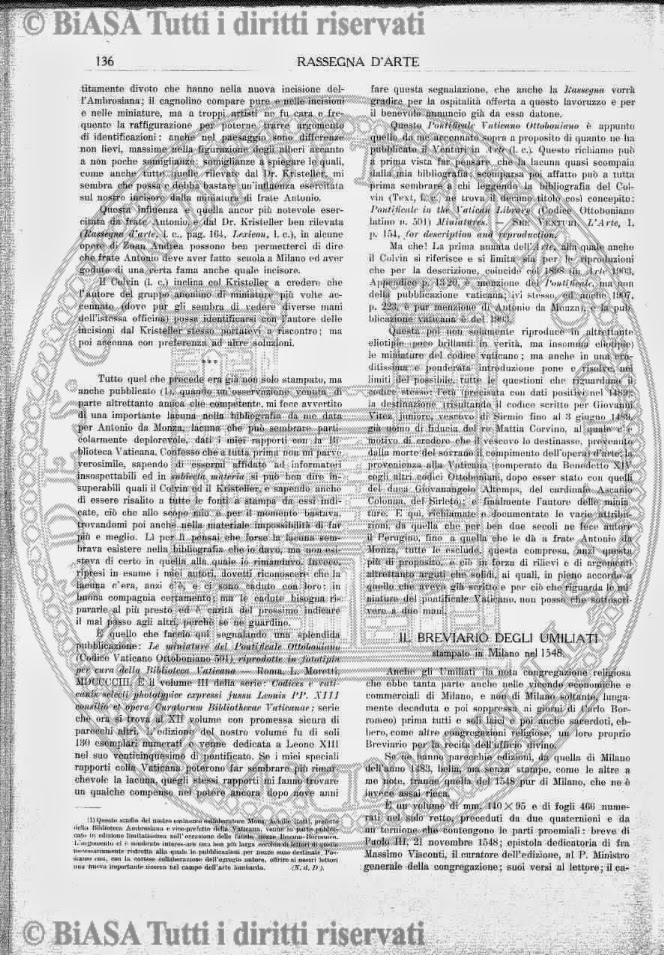 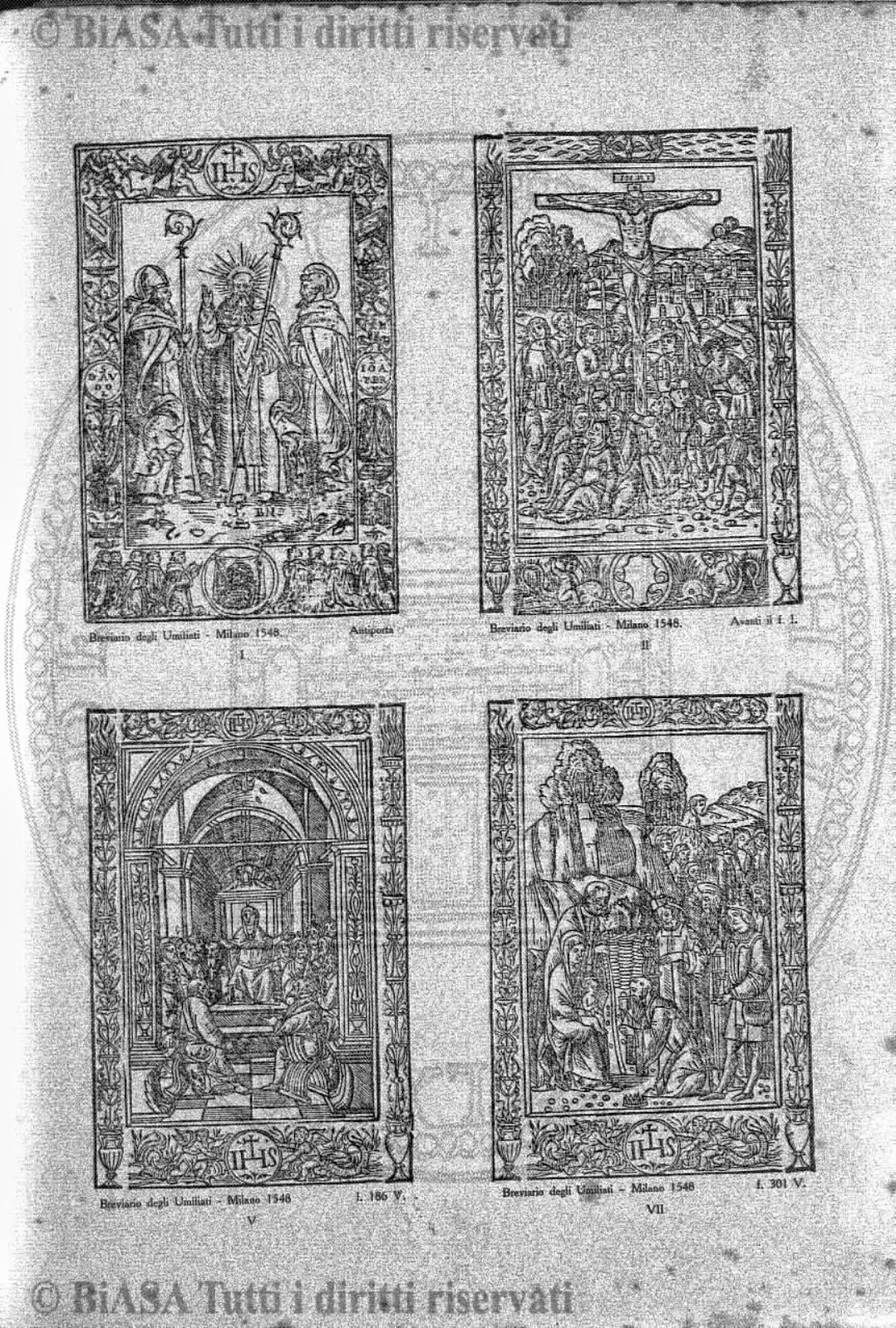 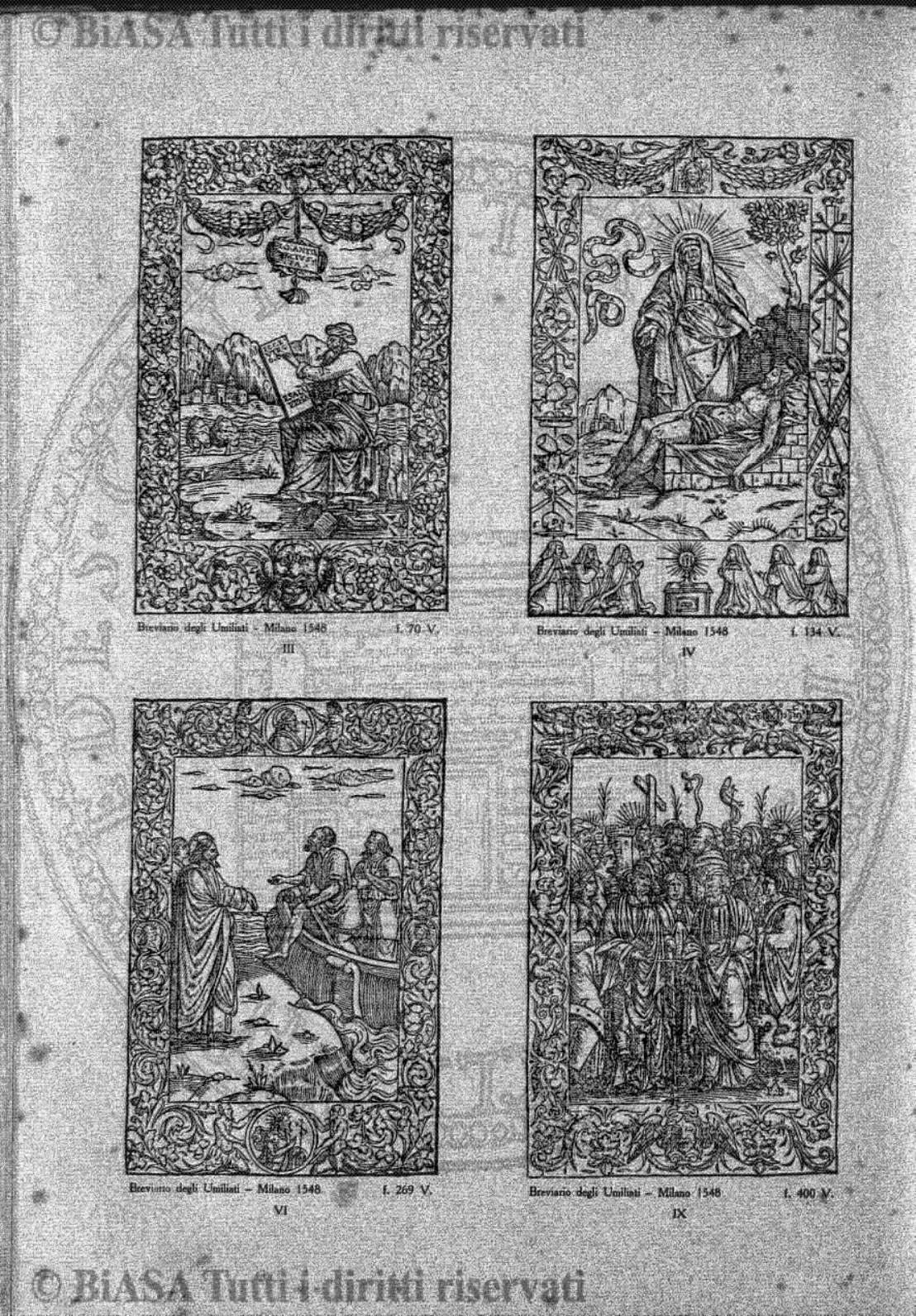 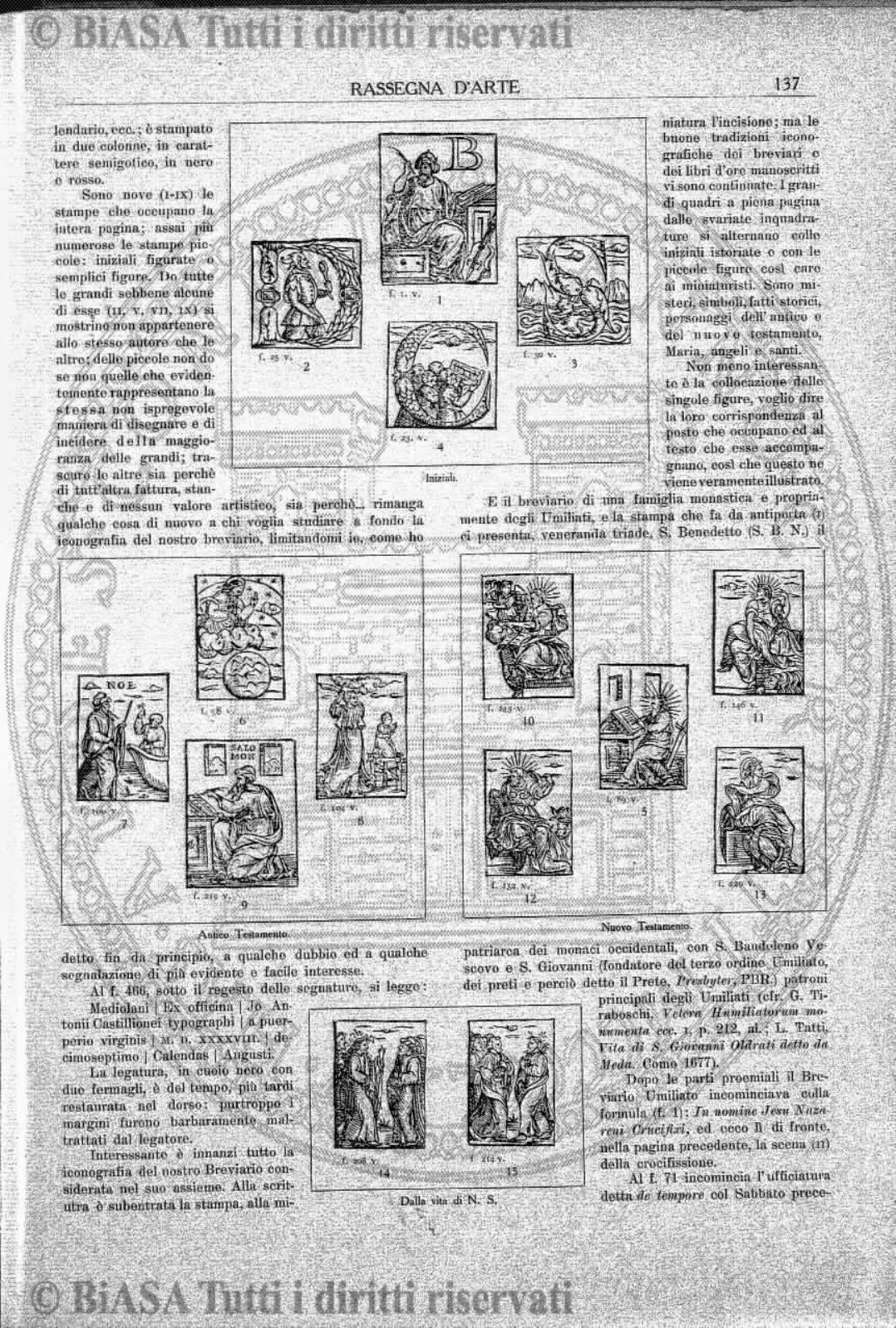 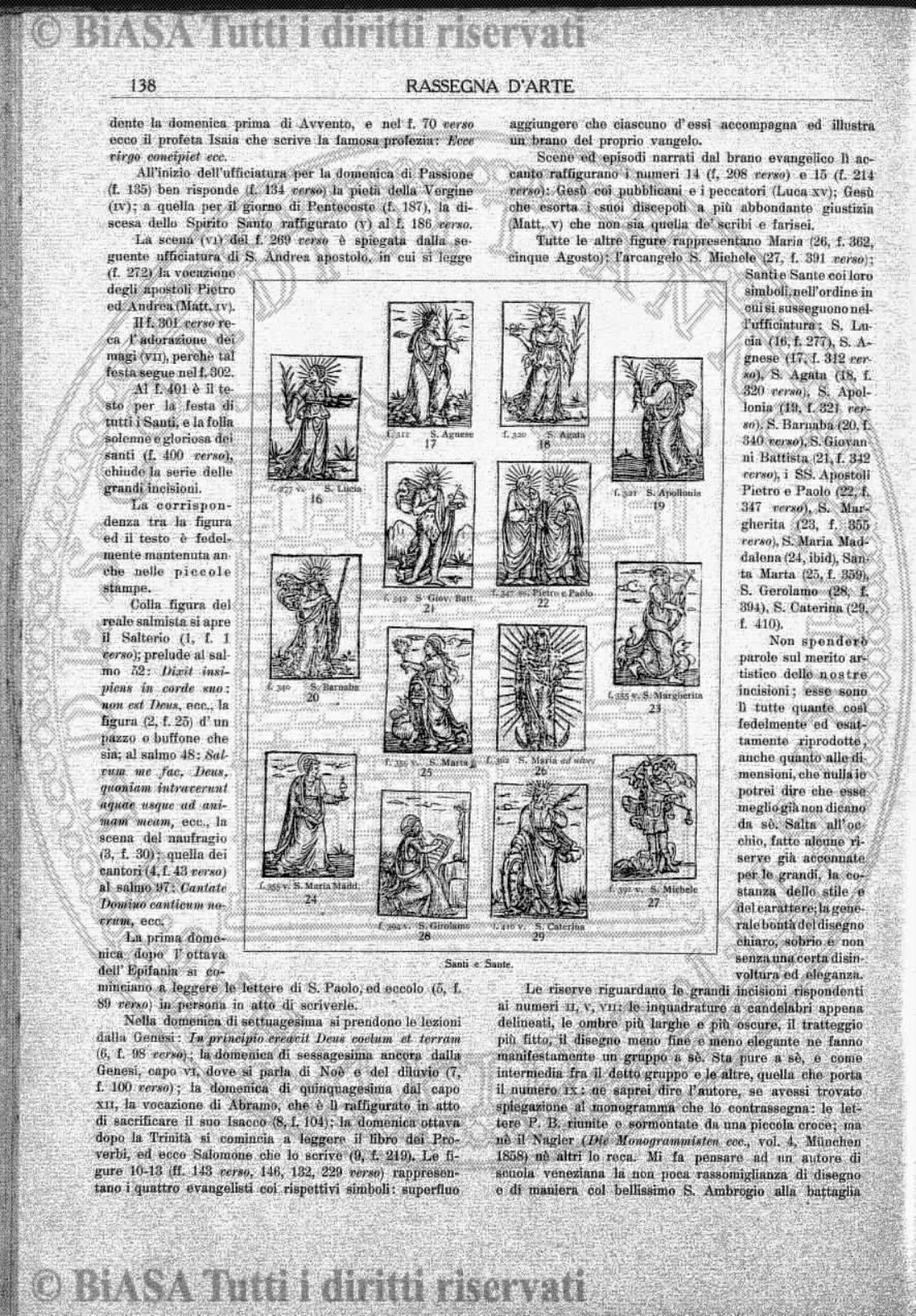 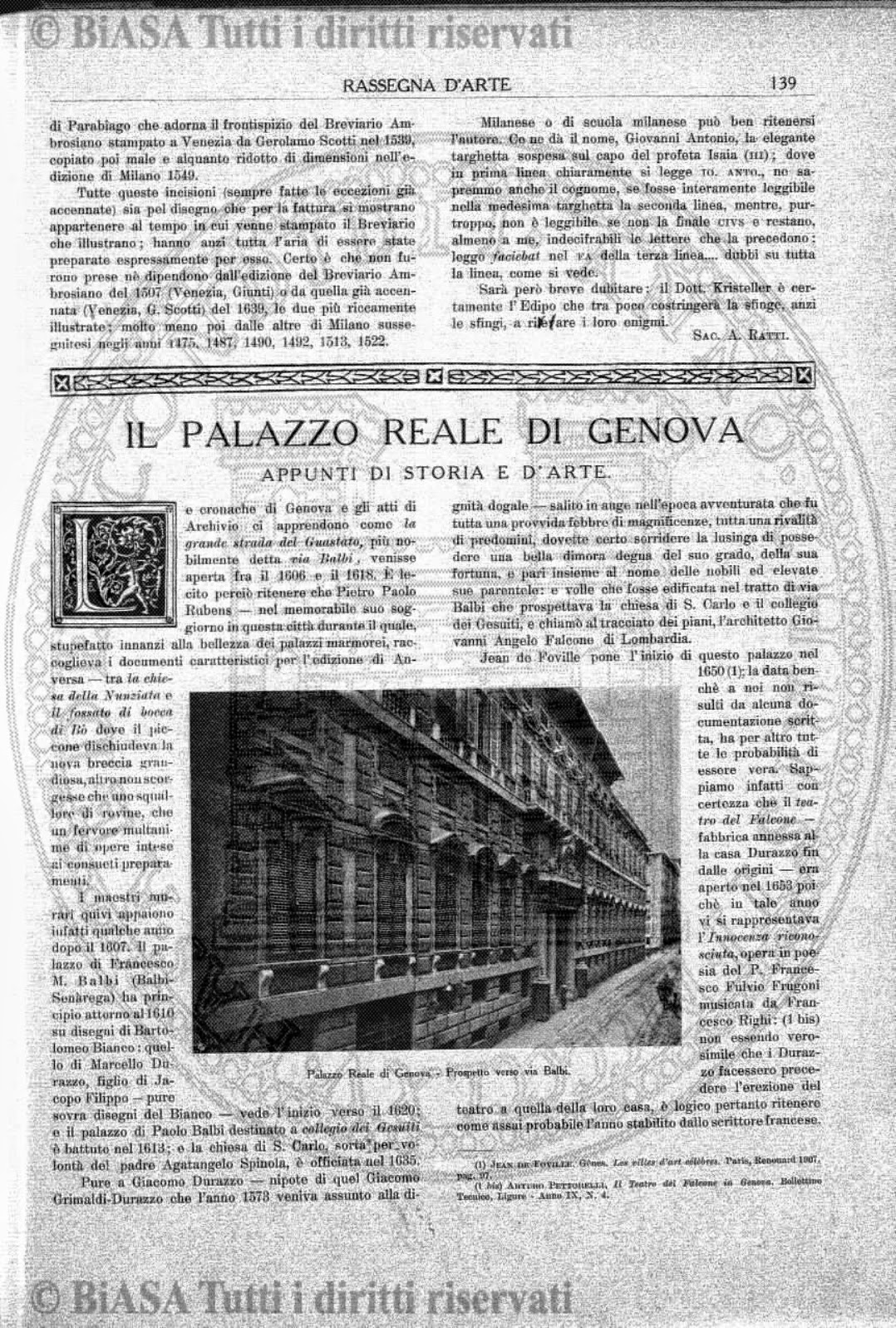 One notes the pointed ending with the Classical allusion

The reply came from Kristeller in his Die Lombardische Graphik der Renaissance. Berlin: Bruno Cassirer, 1913.  - in a large passage and a footnote: 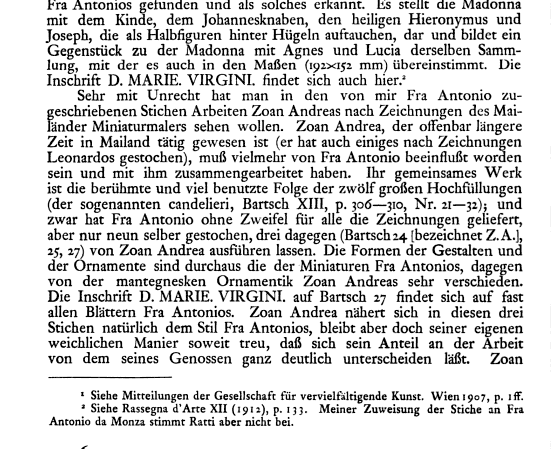 The First World War put an end to the debate