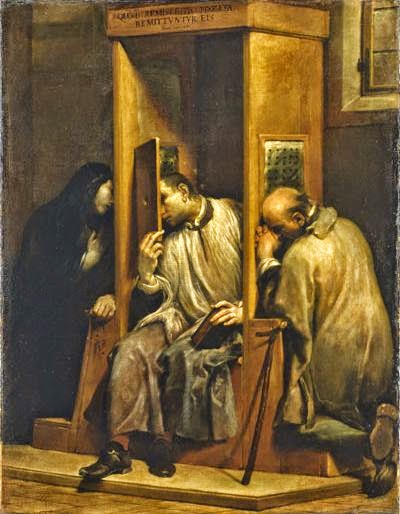 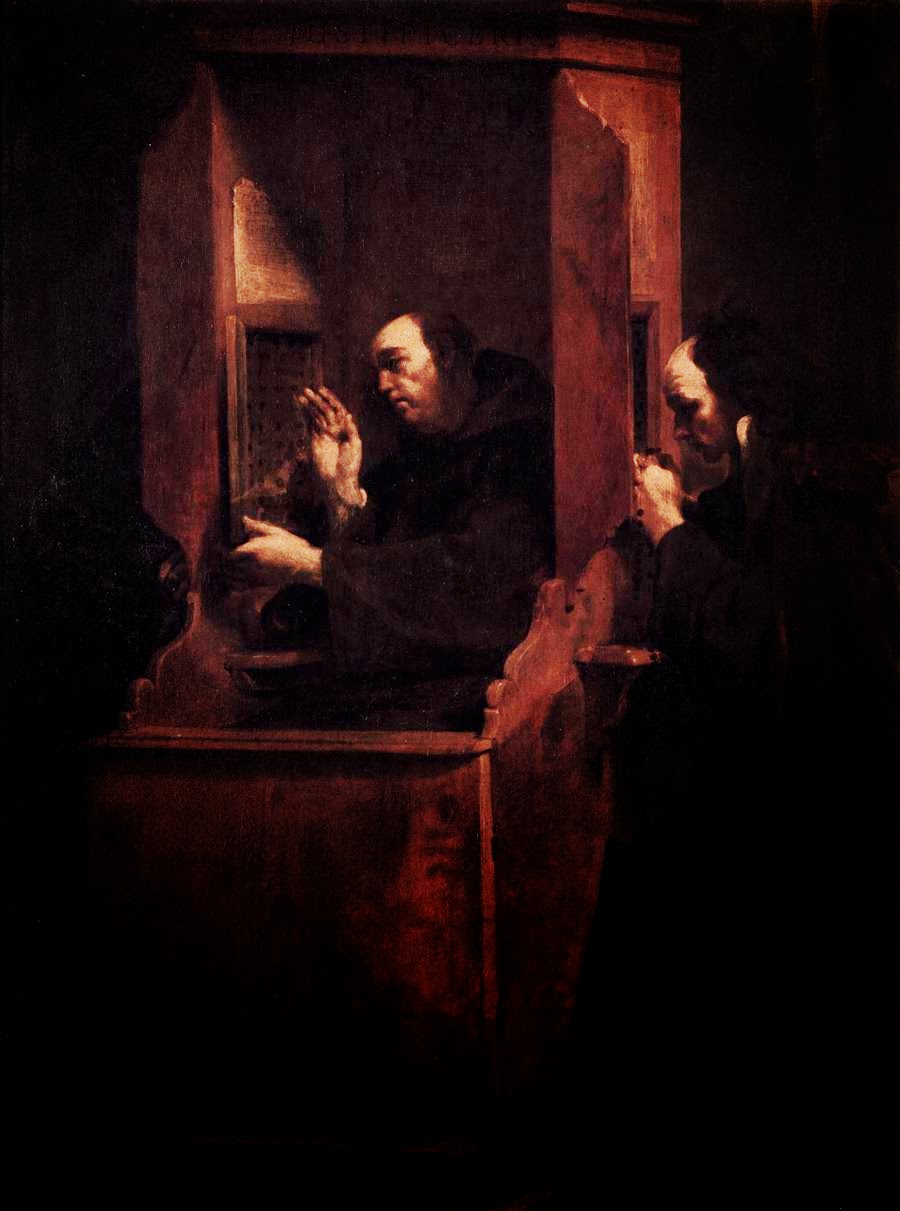 
In 1739, while Crespi was still alive, the Bolognese Gianpietro Zanotti gave a thorough account of the origin of the series of the paintings:

'One day Crespi saw a man in the confessional at San Benedetto's confessing his sins to the priest. A ray of sunlight fell on the man's head and shoulders, and was reflected inside the small chamber to produce the most beautiful contrast between light and dark that can be imagined.

He [Crespi] studied it very carefully and, as soon as he was back home, did a small drawing of the scene.

Then he sent two porters to fetch him a confessional, which he promptly installed in his room with staged lighting. He introduced Ludovico Mattioli, who chanced to be there, into the scene of the confession, and painted him so well that everyone recognised him, as they did the priest, who was the same person who had lent him the confessional.'

Zanotti further recounts that Crespi made a gift of the painting to Cardinal Pietro Ottoboni in Rome, who was highly delighted and commissioned the remaining six paintings.

Pope Francis said of the Sacrament:

"[T]he protagonist of the ministry of Reconciliation is the Holy Spirit.

Therefore, you are called always to be “men of the Holy Spirit”, joyous and strong witnesses and proclaimers of the Lord’s Resurrection.

This witness is seen on the face, is heard in the voice of the priest who administers the Sacrament of Reconciliation with faith and “anointing”.

He receives penitents not with the attitude of a judge, nor with that of a simple friend, but with the charity of God, with the love of a father who sees his son returning and goes out to meet him, of the shepherd who has found his lost sheep.

The heart of a priest is a heart capable of being moved by compassion, not through sentimentalism or mere emotion, but through the “bowels of mercy” of the Lord!

If it is true that Tradition points us to the dual role of physician and judge for confessors, let us never forget how the physician is called to heal and how the judge is called to absolve."