St Teresa of Jesus` letter to a friend 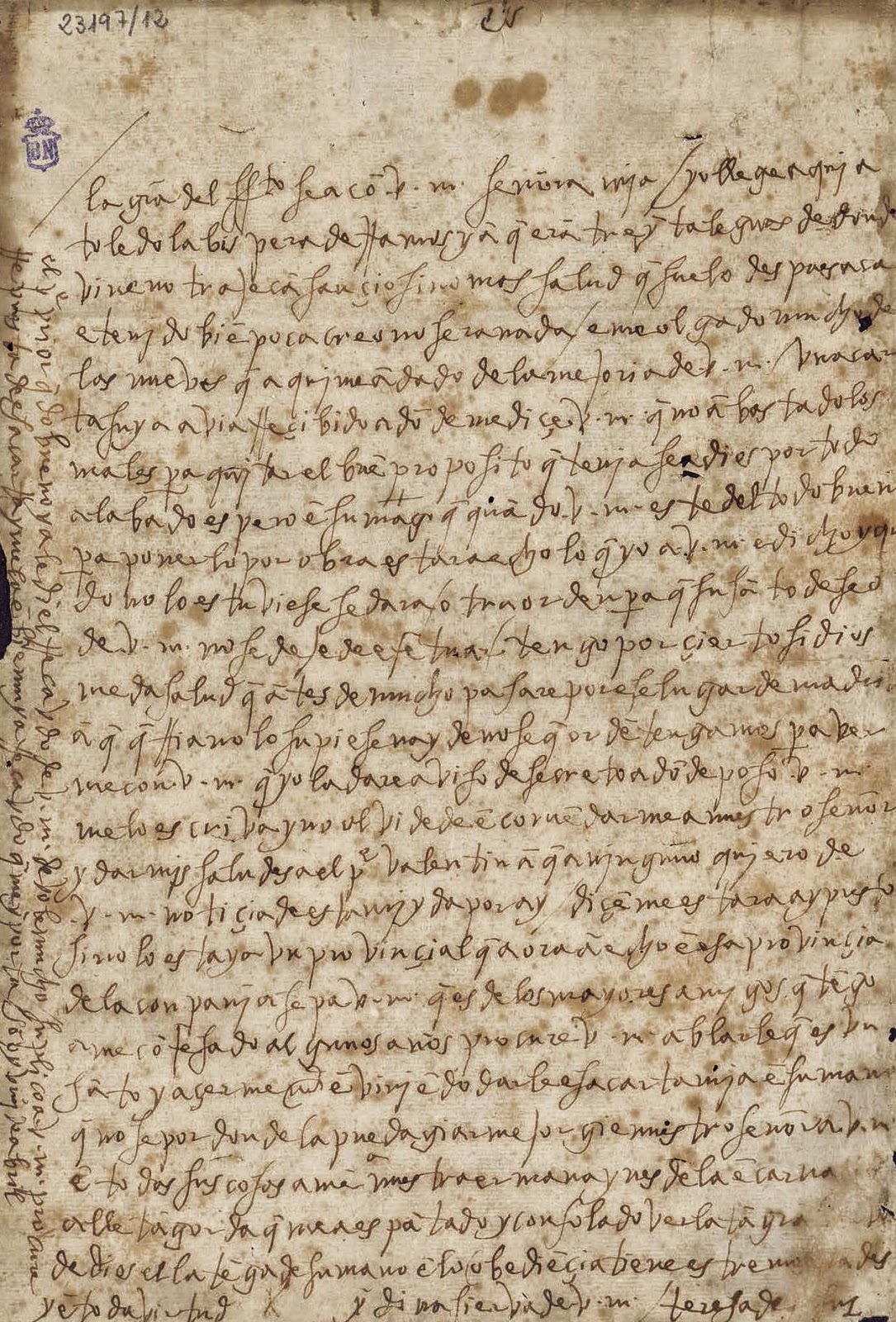 
The letter is one of the highlights of an exhibition at the National Library of Spain to celebrate the 500th Anniversary of  the Birth of St Teresa of Jesus more popularly known as St Teresa of Avila  (1515-1582):  Teresa de Jesús: La prueba de mi verdad :  St Teresa of Jesus - The proof of my truth

St. Teresa arrived at Toledo for Palm Sunday,1580, and she was immediately struck down by a paralytic attack, which seemed likely to end her life.

Though she recovered, she was obliged not to move till the beginning of June, when she travelled to Segovia, on her way to Valladolid, with the object in view of undertaking immediately the foundation of Palencia.

The letter is addressed to Isabel Osorio, (1522 – Burgos, 1589) the lady on whom St. Teresa was looking to help in the foundation of Madrid.

She has been ill. St. Teresa is glad that she is better, and that her illness has not put an end to her good desires, which she trusts to see accomplished.

She hopes for certain to be at Madrid before long, though she wishes this to be kept secret.

If it comes about she will inform Isabel secretly, that they may meet.

The new Provincial of the Society is to be there about this time, Balthasar Alvarez, one of the greatest friends she has, who was her confessor for years. She sends a note to him to be given him by Isabel, if, as she hopes, she sees him. She cannot have a better guide.

Unfortunately Father Balthasar Alvarez was not long for this world and died on St. James Day July 25, 1580

The letter ends with a good account of Isabel s sister, Inez of the Incarnation. She is well, a great servant of God, Who has her by the hand, she is great in obedience and in all virtues.

Isobel Osorio was the great love in the life of King Philip II of Spain. She was his mistress for many years and he had two illegitemate children by her

Like Teresa she was of a Jewish converso family

They were part of The Danaë  series comprising at least five oil-on-canvas paintings completed between 1553 and 1556. The works are based on the mythological princess Danaë. According to Ovid she was isolated in a bronze dungeon following a prophecy that her firstborn would eventually kill her father. 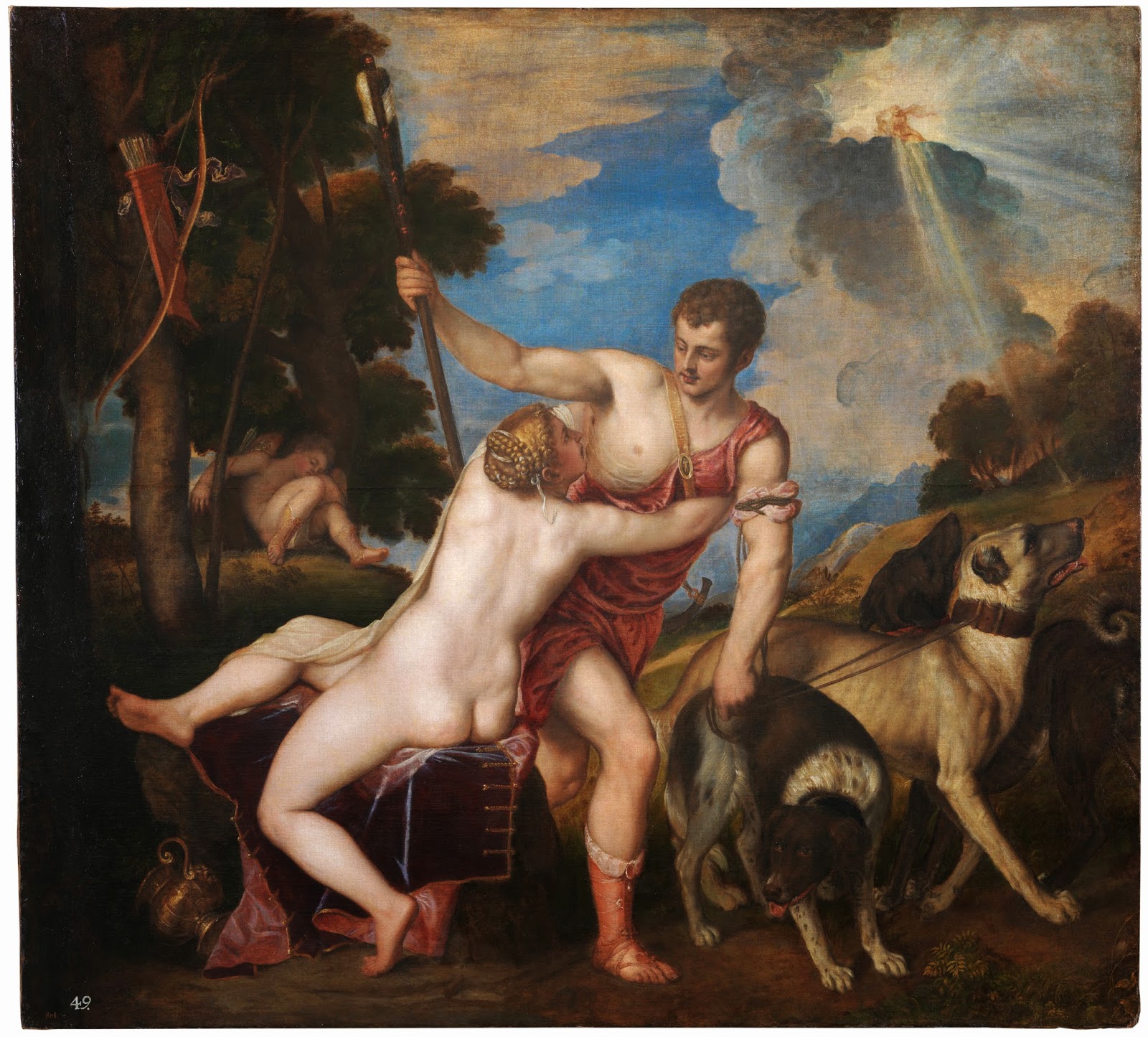